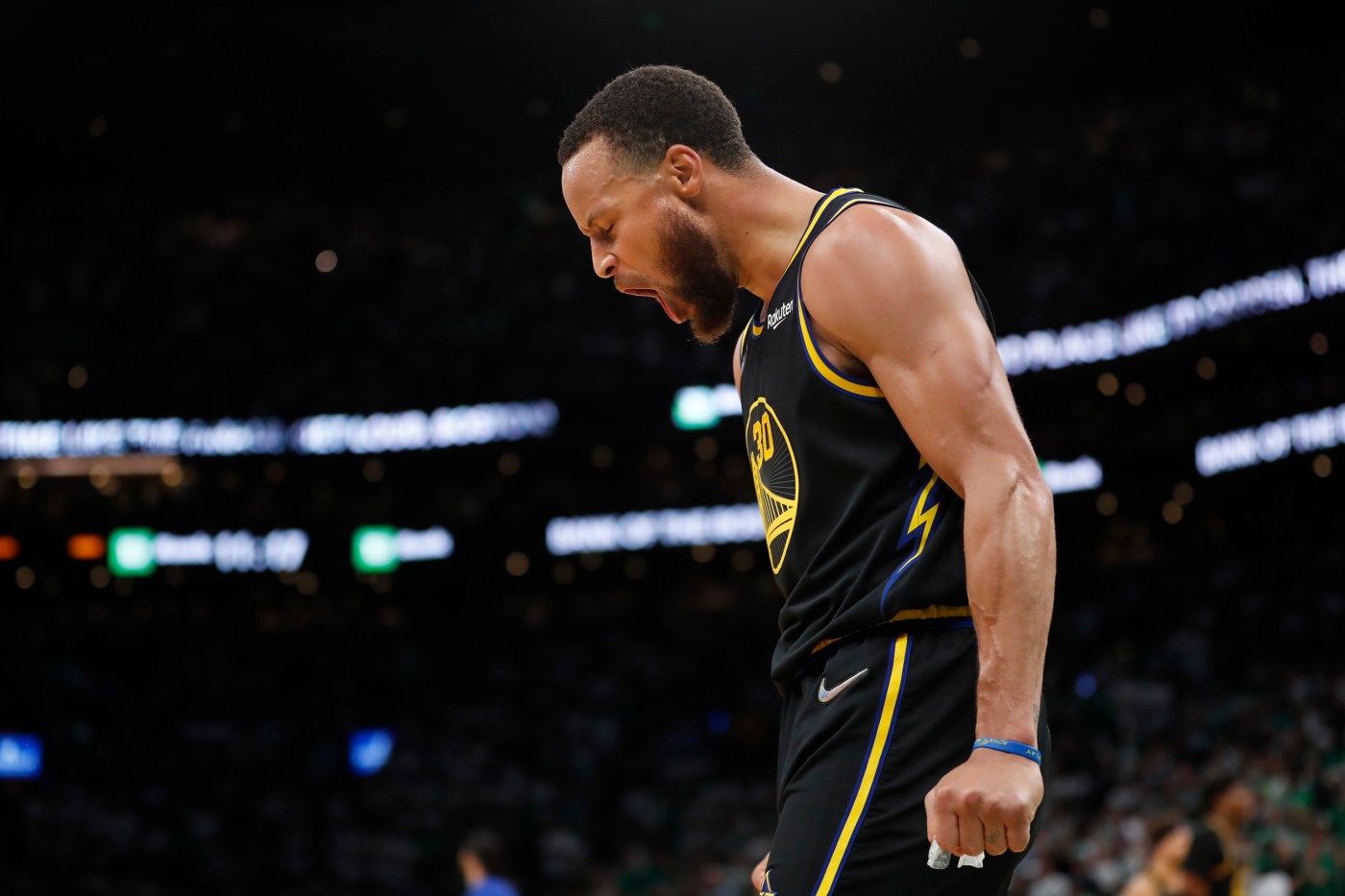 Anyone with half a brain should have known that Steph Curry has been above slander for a long, long time, but after his one-of-a-kind performance in Game 4 of the NBA Finals Friday night in Boston, there is no longer any room for interpretation or subjectivity.

Curry, one of the greatest players in the history of the NBA, took his legend to a whole new level in the Warriors’ 107-97 win, which evened the series at 2-2 and restored home-court advantage to Golden State in the process.

It’s a level that puts him above reproach and the Warriors back in a position to win the title.

The numbers will be etched in the memory of every Warriors fan for decades to come — 43 points, 10 rebounds. The highlights will play on loop for even longer.

But it was so much more than that. It was a rebalancing of a series that was tilting away from the Dubs.

Boston is a better team than the Warriors, to a man.

But the Warriors have *the man* and he is so good he might be enough to put a fourth banner in the rafters of Chase Center.

In these Finals, and especially in Game 4, the Warriors have needed everything from Curry — who was playing on a sprained left foot.

He’s given it to them, and so much more.

And how he is doing it makes it all the more impressive. It should silence the haters — as deranged and nonsensical as they might be — forever.

The Warriors’ basketball culture is egalitarian, but that’s only possible because of Curry and the space he creates with the defensive attention he demands. Curry’s impact is felt not only in his play, but in the play of his teammates, too. This is lost on far too many basketball fans — the box score can only tell so much of the story with Curry.

But in this series, against Boston’s defensive length, the Warriors cannot play their preferred, downright perfected style of offense. They have to go against their principles, their ideals, and play a realpolitik style — high pick-and-roll with Curry.

It’s all on his shoulders.

And even with the bum foot, he’s carrying the weight with stunning grace and deadly efficiency.

Contrary to popular belief, Curry has been marvelous in the Warriors’ five prior trips to the NBA Finals.

But this, so far, is his best Finals performance to date. He’s made 25-of-51 3-point attempts. How is that even possible?

He’ll be the unanimous NBA Finals MVP should the Warriors win the series. He might even go Jerry West and win the award if the Warriors lose.

And Friday night, given the stage and the circumstance, was arguably the finest Finals game he’s ever played.

“Just stunning,” Warriors coach Steve Kerr said. “The physicality out there is, you know, pretty dramatic. I mean, Boston’s got obviously the best defense in the league — huge and powerful at every position, and for Steph to take that kind of pressure all game long and still be able to defend at the other end when they are coming at him shows you, I think this is the strongest physically he’s ever been in his career, and it’s allowing him to do what he’s doing.”

“The heart on that man is incredible,” Klay Thompson said. “You know, the things he does we kind of take for granted from time to time, but to go out there and put us on his back, I mean, we got to help him out on Monday. ”

The ridiculous knock on Curry has been that he has “too much help” and that he “can’t get it done in the clutch.”

What can those people say now?

The Warriors are holding their breath, hoping they don’t lose the game in any of the moments Curry is on the bench in this series.

And on Friday, Curry won the Warriors the game while everyone but Andrew Wiggins and Kevon Looney struggled. Now, both players have been marvelous, but that duo is not exactly McHale and Parrish, Pippen and Rodman, or Durant and Thompson.

Golden State went on a 14-3 run to close the game, with Curry scoring or creating the Warriors’ last four field goals.

Don’t pretend as if Boston wasn’t all over him, either. Derrick White was playing really good defense on Curry. The Celtics were still sending double-teams.

But because of that man — *the man* — the Warriors now have a chance to win the title. A good chance, too. It’s a three-game series, with Games 5 and 7 in San Francisco.