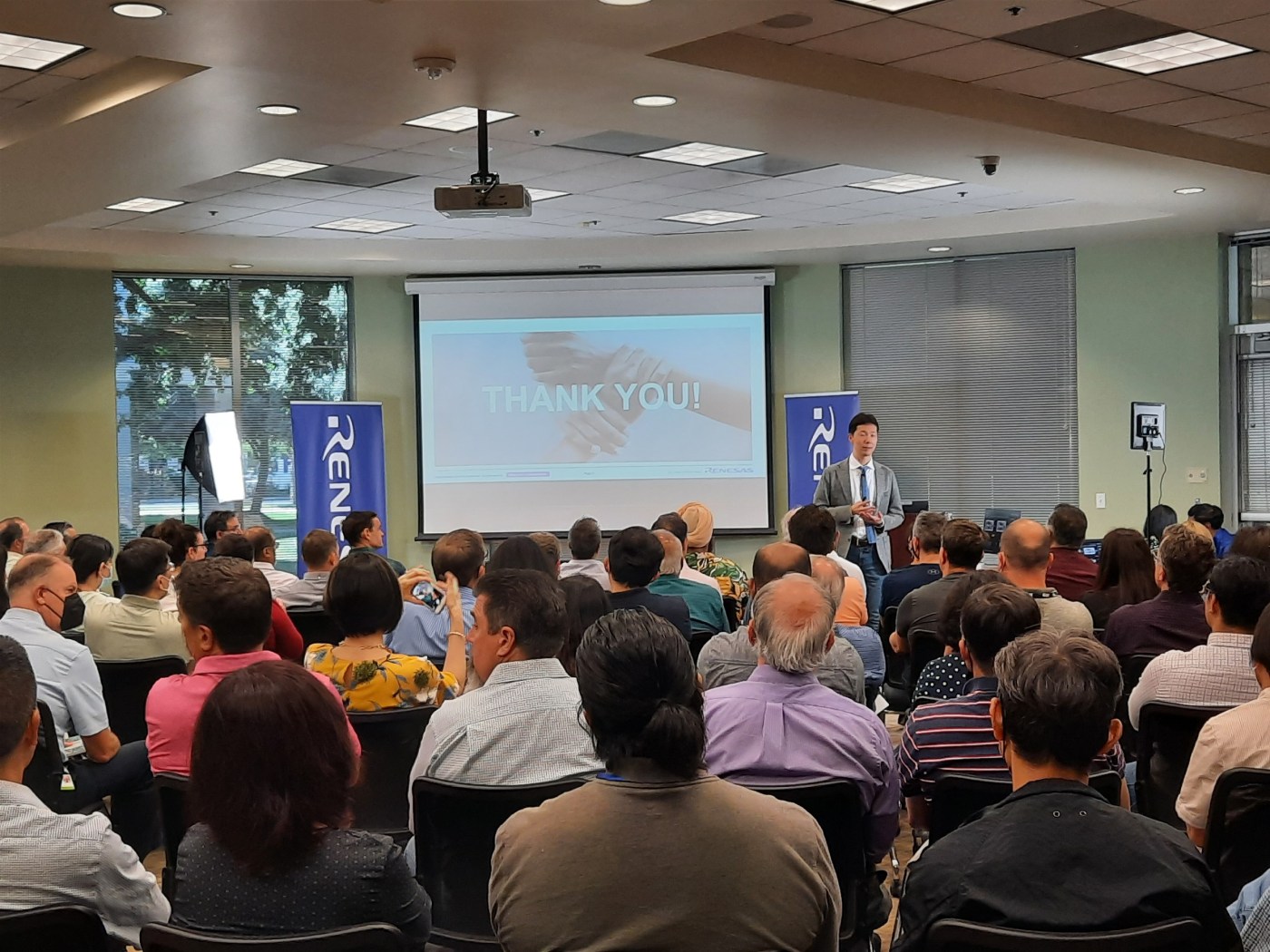 SAN JOSE — A Silicon Valley acquisition push by Renesas Electronics means the chipmaker is poised for growth in the fast-changing semiconductor sector and has spurred the company to create a big tech campus in San Jose.

“We are taking a journey to transform Renesas,” Hidetoshi Shibata, chief executive officer at Renesas Electronics said during an interview in San Jose with this news organization at the Renesas campus. was visiting the South Bay to get an in-person look at, and direct interaction with, the local Renesas operation. Shibata also wanted to thank employees for their work.

The acquisitions have enabled Renesas Electronics to bolster and diversify its technology portfolio.

Shibata, who is licensed to drive bullet trains in Japan, says he wants to be sure that Renesas will move speedily and nimbly to capitalize on a new crop of opportunities that have sprouted amid the widening automation of many devices.

The “Internet of Things” has dramatically increased the intelligence and capabilities of household appliances large and small, vehicles, motors and power tools. Electric vehicles are also increasingly becoming smarter. The cloud is gaining capabilities steadily.

A larger Silicon Valley presence — and one that’s seamlessly integrated — appears to be crucial for Renesas to achieve the success that Shibata envisions.

“The Bay Area is one of the most important centers for advanced high-level talent,” Shibata said. “Silicon Valley is without question one of the major sources for talent.”

To bolster the company’s efforts to squeeze success out of the consolidations, company leaders from Shibata on down espouse and embrace a corporate philosophy they call TAGIE.

The TAGIE philosophy is part of the company’s quest to greatly shift how it now operates compared with past decades.

“The traditional Japanese corporate culture is very disciplined in its approach and very focused on executing a plan” to perfection, Chittipeddi said. “But perfection is the enemy of progress. We would plan things for a long time and then the market would have changed. You are executing the old plan, but the market’s no longer there.”

Renesas is no stranger to consolidation: In 2002, Renesas was born through the combination of key segments of the semiconductor units of legendary Japan-based corporations Hitachi and Mitsubishi. Further consolidations emerged in 2010, when NEC Electronics merged into Renesas.

“The natural behavioral pattern and cultural mindset that is already there among people in Silicon Valley is a great help to letting other people based in Japan, in Europe what it takes to embody TAGIE in order to be successful,”

The moves also have produced shifts and consolidations in operations whereby Renesas will dramatically expand its presence at an emerging local campus for the company in south San Jose.

That campus is located at 6027 Silver Creek in San Jose and occupies a large site that contains some vacant land along with existing buildings.

“Research and development and general office use” would be among the key activities at the site if the building were to be constructed, the planning documents show.

About 400 to 450 employees work at present in the company’s San Jose campus, Chittipeddi estimated. But that workforce is expected to reach 2,000 as more employees shift from other Silicon Valley locations, he said.

One nagging problem that has haunted the semiconductor industry of late is the shortage of computer chips such as semiconductors. But Shibata said during the interview that he believes this problem is easing greatly.

“It is largely behind us,” Shibata said when asked about the state of the chip shortage. “It is true that on some select products we still see some shortages. But when you compare the capacity available versus the overall demand, the hard times are over.”

The coronavirus-influenced trend towards working remotely and in a distributed workforce appears likely to keep demand high for the widening array of Renesas products and capabilities, Shibata predicted.

“Before COVID, maybe only a relatively small group of people were sophisticated and savvy with technology,” Shibata said.

The onset of the coronavirus triggered big changes in behavior.

“People were forced to use all of these technology devices to simply keep working,” Shibata said. “People are now more familiar with using electronic gadgets as well as those tools that are available on the cloud. That will drive the long-term consumption of semiconductors. That provides a sustained tailwind for our products.”