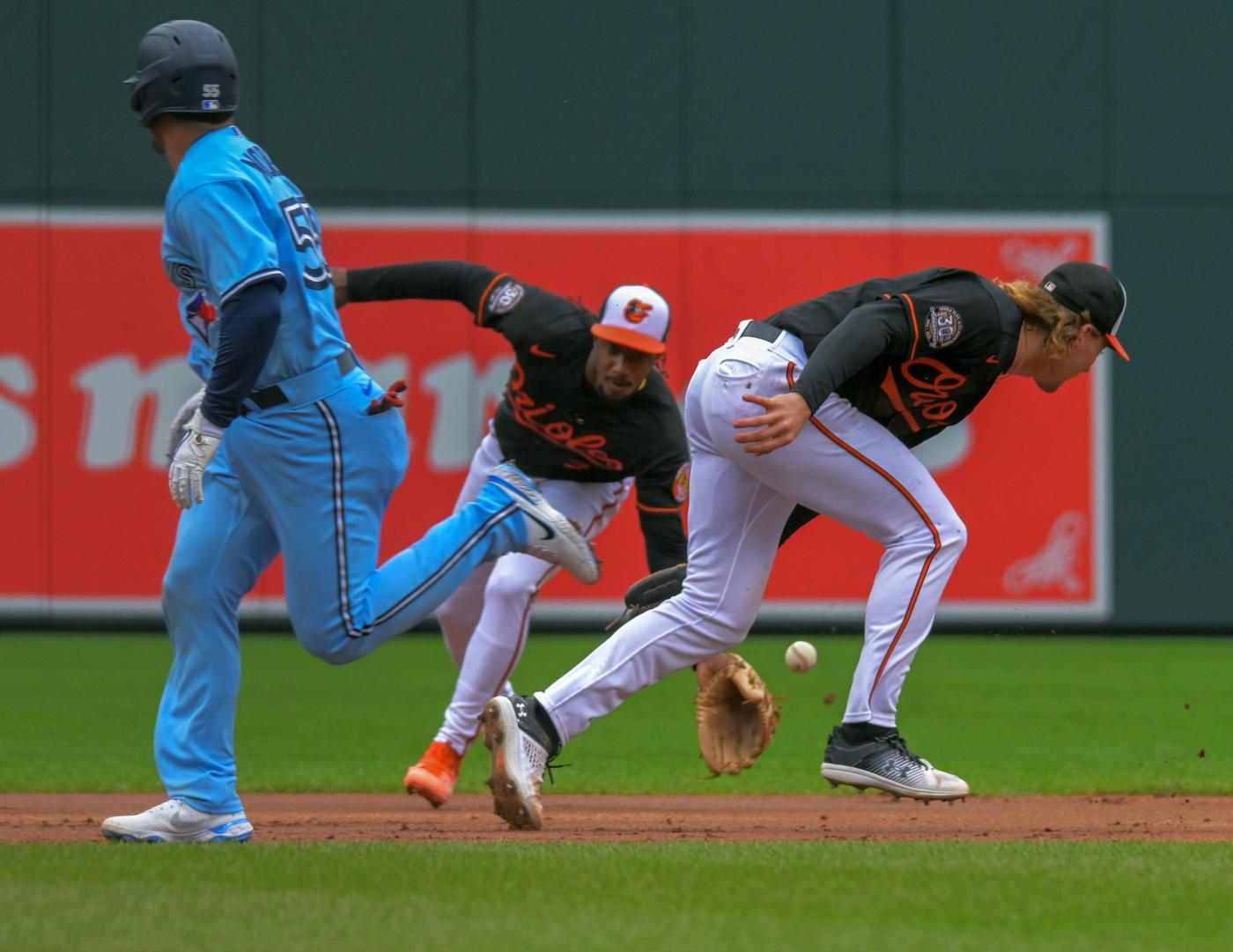 Early Wednesday morning, sitting in the bowels of Camden Yards, executive vice president and general manager Mike Elias admitted the Orioles’ strongest season since his arrival “crept up” on him and those on the field.

This was all ahead of schedule. Next season, Elias aspires Baltimore to be a playoff-bound team, competing in the difficult American League East for free agent signings as well as wins. They’ll ramp up spending and expectations.

But this? At the end of a season in which the success came unexpectedly yet fluidly? This was all a bonus, and it continued with a 5-4 win against the Toronto Blue Jays in the first game of Wednesday’s doubleheader.

Even without that win, the Orioles (83-78) had clinched their first winning season since 2016 — the victory only brings more positive vibes heading into this offseason. On the field throughout Wednesday game were two top prospects, a hitter with 33 homers and the knowledge that this is just the start.

And to add to it, rookie Terrin Vavra lashed a high fastball off right-hander Mitch White onto the flag court beyond the right field fence for his first major league home run. The go-ahead three-run blast set the stage for Baltimore’s 36th comeback win of the season.

“We like to make it tough, pitch out of jams and then pop one late to get the win,” manager Brandon Hyde said jokingly. “We game planned it before the game just like that.”

The homer broke a stretch in which Baltimore was 1 for its last 19 with runners in scoring position, and it also sends Vavra into the offseason on a high note. In a rookie class with stars such as catcher Adley Rutschman and infielder Gunnar Henderson, Vavra occasionally gets overlooked. But he has hit .271 and has put himself in position to be a cog in Baltimore’s infield next year, too.

“He’s done a really good job in kind of not an everyday role of being able to give a major league at-bat,” Hyde said.

Vavra’s homer made up for a three-run homer from the Blue Jays’ Gabriel Moreno two innings earlier. That long ball, also Moreno’s first of his career, came off right-hander Mike Baumann’s 84th and final pitch — a slider that hung over the heart of the zone. Before that, the outing from the Orioles right-hander in the penultimate game of the season was encouraging. In a way, Baltimore’s No. 22-ranked prospect was playing more for next season than this one, showcasing his ability to be a starter rather than a reliever.

The first five innings showed why Baumann might find his way back here next year. Baumann ranked as the Orioles’ third-best pitching prospect to open the 2021 season, according to Baseball America, but his fastball-slider combination has potential. He enduced three whiffs on each Wednesday.

“I think I turned my season around if you look at the first month,” Baumann said. “There’s still a lot of room to grow. I felt like I ended stronger than I started, and that’s something I’m proud of.”

The first breakthrough off Baumann came in the second, when three softly hit balls found holes. Moreno’s homer gave Toronto a 4-0 lead, but Austin Hays’ two-run double in the sixth cut that in half.

The Orioles bullpen held it there, with right-hander Bryan Baker recording his first career save while left-hander DL Hall, another top prospect, earned his first major league win. In Hall’s last eight major league outings, the southpaw has allowed one run with 11 strikeouts and two walks in 8 2/3 innings.

“It’s going to be fun watching him going forward, whatever role he’s in, because I like the energy he pitches with,” Hyde said. “I really like the makeup of this guy.”

Baltimore was in that position because of Vavra’s first big league home run, a flash of power at an opportune time that gave Baltimore fans another reason to cheer at the end of a season that deserves a standing ovation.