‘That’s how you become a big leaguer’ – The Mercury News 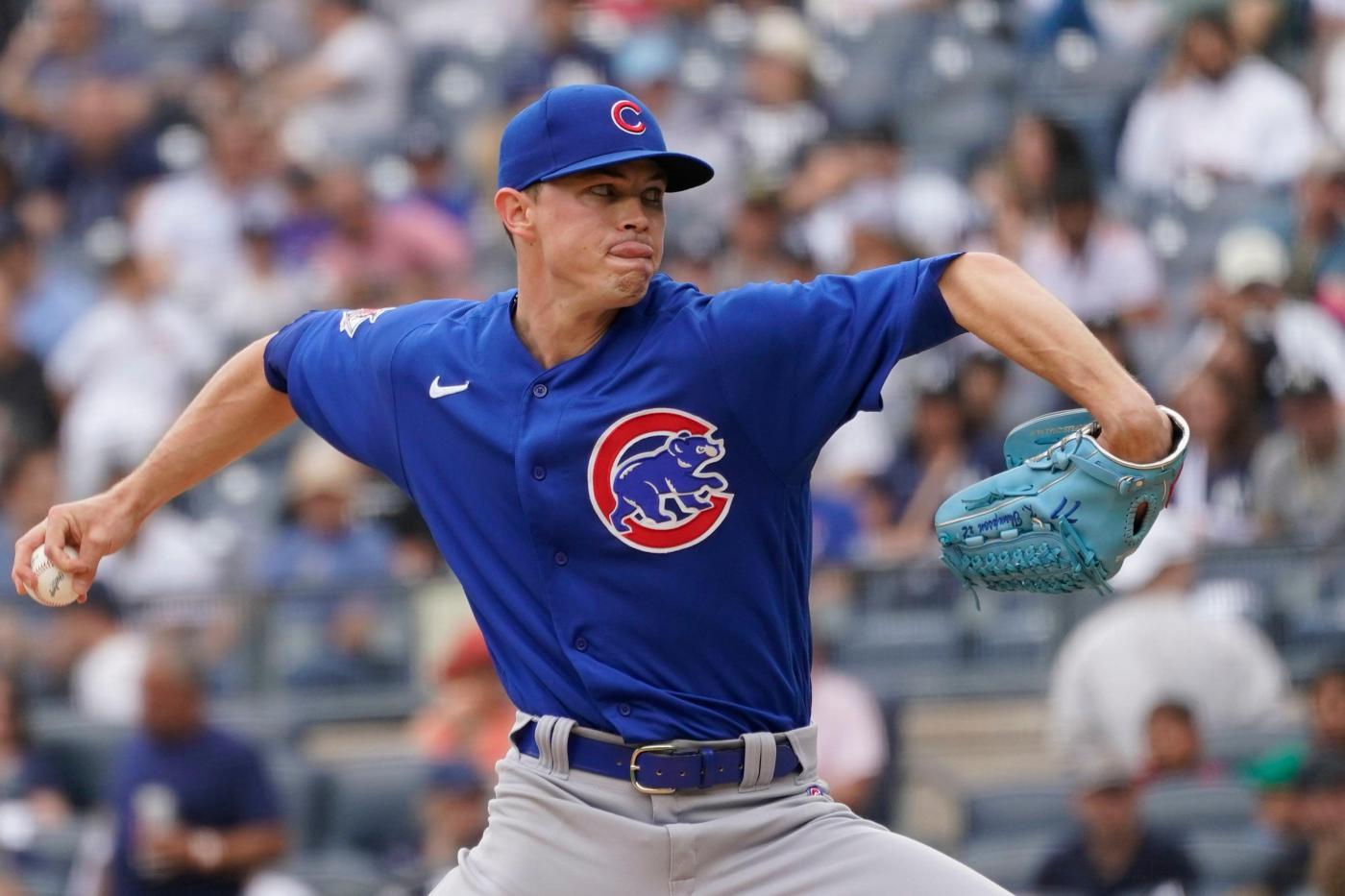 “Short would be a good word,” Ross said Sunday after the Cubs’ 18-4 loss to the New York Yankees.

Besieged by injuries to veteran starters, there are opportunities for others to step up in their absence. Over the weekend, left-hander Wade Miley (left shoulder strain) and right-hander Marcus Stroman (right shoulder inflammation) joined left-hander Drew Smyly (right oblique strain) on the 15-day injured list. Those two moves came while right-hander Kyle Hendricks, slated to start Tuesday, is coming back from a dead arm/fatigue and hasn’t started since June 1.

Those injuries and uncertain timelines to return mean chances for pitchers such as Matt Swarmer and Keegan Thompson to show they deserve a short-term spot in the rotation and long-term considerations as big-league starters.

But don’t expect their respective starts against the Yankees to be part of their highlight reels.

After posting consecutive starts of six innings and one earned run, Swarmer got tagged for six home runs, all solo shots, Saturday to become the first Cubs pitcher to give up that many homers in a game since 1901.

Meanwhile, Thompson couldn’t get out of the first inning for the shortest start of his young big-league career. He gave up five runs (three earned) and walked three. Thompson’s ⅔ innings Sunday represents the shortest start by a Cubs pitcher since Jaime Garcia lasted ⅓ innings on Sept. 8, 2018, at Washington.

“We can’t be putting guys on base,” Ross said after the loss. “A high-run scoring environment here. Their lineup does a lot of damage. We’ve got to stay away from free passes.”

For Swarmer and Thompson, getting beat up by the best team in baseball is a good time to toss out those starts and refocus on getting locked in. The Cubs will learn how well they can bounce back after rough starts.

Thompson’s recent performance is slightly more concerning after his struggles Tuesday in Baltimore (seven runs in three innings). However, the Cubs need to figure out what they have internally among their starting pitchers. Figuring out whether Thompson ultimately is a better fit in the rotation or bullpen is part of the process in this rebuilding season. And the Cubs need more consistency from left-hander Justin Steele, who makes his next start Monday at Wrigley Field.

“It’s all about getting opportunities and unfortunately things happen at this level — guys get hurt and guys have to come in and get their opportunity and make the most of it,” Ross said. “That’s how you become a big leaguer.”

The Cubs, who have lost five straight, are in a stretch of 17 consecutive games. They don’t have another scheduled off day until June 27. The soonest Stroman can return is June 22 while Miley is eligible June 26. However, their timeline remains unclear, and Miley is expected to undergo further testing Monday. Expecting either pitcher to came back as soon as he’s allowed seems unrealistic.

Alec Mills is an option for spot starts in their absence, but Ross used him twice over the weekend, including 46 pitches in 3⅓ innings Sunday, and likely won’t be ready for Wednesday when the Cubs need a starter.

Rookie right-hander Caleb Kilian, currently at Triple-A Iowa, will likely be called up to make at least one start sometime in the next two weeks. Since he was optioned, Kilian must stay in the minors at least 15 days, barring a big-league IL move that allows an earlier recall. It puts the Cubs’ next road trip in play for Kilian.

The Cubs bullpen generally has pitched well, but the rotation could quickly get stressed by the three injuries and ineffective starts. It’s unclear how much of an abnormal, uncertain offseason because of the 99-day lockout is impacting starting pitchers’ health.

“These are the kind of things we think about all day long, like, is it random?” team President Jed Hoyer said Saturday. “Are we doing something wrong? Is it because of the short spring training? I think those are all good questions.

“We have to figure it out. Some are random like Seiya (Suzuki’s), but whether it’s Smyly with soft tissue or Miley’s shoulder, we need to get to the bottom of that.”

In the meantime, the Cubs have to get through it with who they have inside the organization.