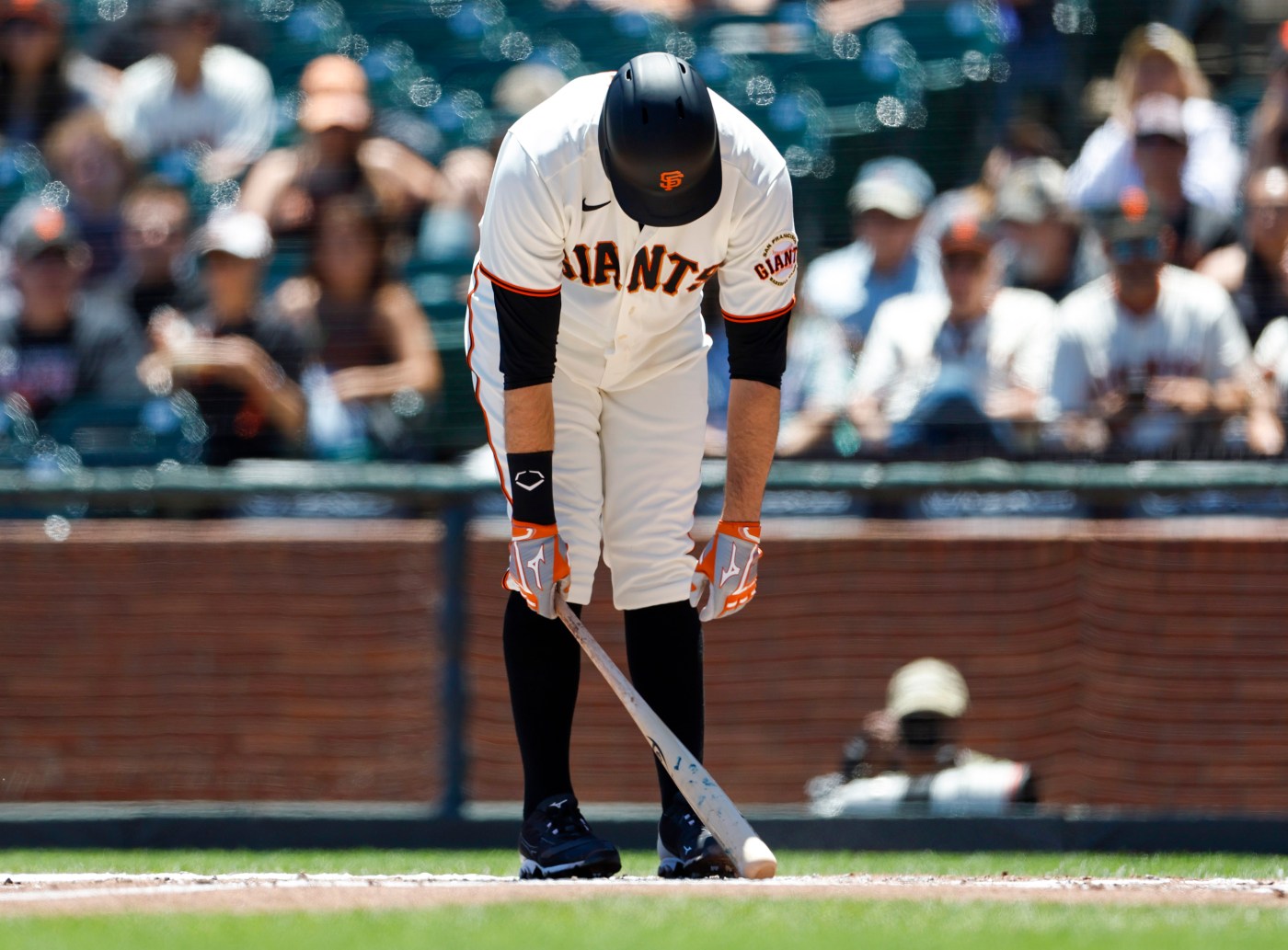 Coming up on the halfway point of the season, the San Francisco Giants can’t seem to find a rhythm, an identity, or a consistent lineup.

And after losing two of three to the lowly Cincinnati Reds at home this weekend, they are not one of the six playoff teams in the National League.

Yes, that’s the synopsis of this Giants season: a groan.

The frustration around this team is omnipresent in the fanbase. We now even have the television broadcast crew complaining.

This makes for an exceptionally annoying watch on a day-to-day basis.

But baseball is a macro sport and those are micro problems. There’s something larger at foot, making this frustration around the team seem so deep.

I think it’s because Giants fans are smart and, deep down, they know that the organization is getting exactly what it paid for this season.

Don’t let the marketing around front-office quants fool you, there’s still only one numbers game in baseball: Dollars equal wins.

Yes, the Giants re-signed a couple of players on team-friendly deals and brought in Carlos Rodón and Joc Pederson on what will be a one-year deal this past offseason, but the Giants have the third-highest payroll in the National League West this season, behind the Padres (who increased payroll by 15 percent) and the Dodgers, who spend more than 50 percent more on players than the Giants.

What do they get for the seventh-highest payroll in the National League? The seventh-best record.

Baseball wants to market this modern era as one of parity, but the reality is that there are more teams that spend big bucks these days.

And in relation to their peers and market, the Giants are not one of them.

Yes, there are a few teams that have proved to be the exceptions to the rule over the years, but there is still a direct correlation between spending and winning in baseball.

The top 15 payrolls in baseball this season, per the website Spotrac, have a combined winning percentage of 56. That’s a 90-win pace.

Teams with a bottom-half payroll have won 43 percent of their games. That’s a 70-win pace.

The rewards of spending are even more pronounced at the highest level. There are six teams that are set to spend more than $200 million on payroll this season. Collectively, they’re winning more than 60 percent of their games. That’s just shy of a 100-win clip.

(This is why this past winter’s lockout was such a joke. Baseball has a quasi-salary cap with the luxury tax threshold, but the lack of a spending floor allows this level of disparity because markets and ownership are not created equal. The bottom four teams in MLB payroll, combined, would barely cross the luxury tax threshold.)

The Giants are not one of those $200 million teams, though.

Last season, when the Giants won 107 games, they had the ninth-highest payroll in baseball, firmly in the second tier of spending.

So what did they do after that season?

The Giants, despite being one of the most valuable franchises in sports in the richest market in America in a sport that lacks a true salary cap, are spending like a mid-market team. In fact, they are closer in payroll to the A’s than the Dodgers this season.

The irony is that so much of the data points to this team underachieving. There’s still some value in Moneyball.

The Giants have the second-best Beane Count in baseball this year. That’s a measure of home runs and walks both for and against a team. In other words, the modern game, summed up into one number.

The top Beane Count in the game? The Yankees, who are on pace to set the MLB record for most wins in a season, 117.

But fans don’t care about value. They care about being entertained. No one wants to go to the ballpark to watch a bunch of guys walk.

And while I think Mike Yazstremski is an awesome player, but, sorry, he isn’t worth the price of parking, much less the cost of a ticket, a beer, and the emotional toll of a commute into the city.

Is Rodon or Webb worth it? Hope you get to the ballpark for the first pitch, because they’ll only be around for half the game. Oh, and you better have seats behind home plate, too.

The truth is that the Giants don’t have exciting players on the field every day and they don’t play an exciting brand of baseball as a collective.

Perhaps that is an overall issue with baseball, but it’s accentuated when a team regresses — even while still having some level of quality — year-over-year.

Last year the Giants won and won and won. The whole was greater than the sum of its parts.

But this team is just a whole lot of angst.

They’re good, but not good enough, in so many ways.

And the worst part is that everyone knows it doesn’t have to be this way.

The Giants left money — and wins — on the table this offseason.

Of course, there’s still a chance to rectify that problem. This team could use another starting pitcher and a middle-of-the-lineup bat before the Aug. 2 trade deadline.

The Giants better take advantage of it, because right now, the organization has put in a third-place effort.

And in baseball, that will result in a third-place finish.