‘They have every right to be upset’ – The Mercury News 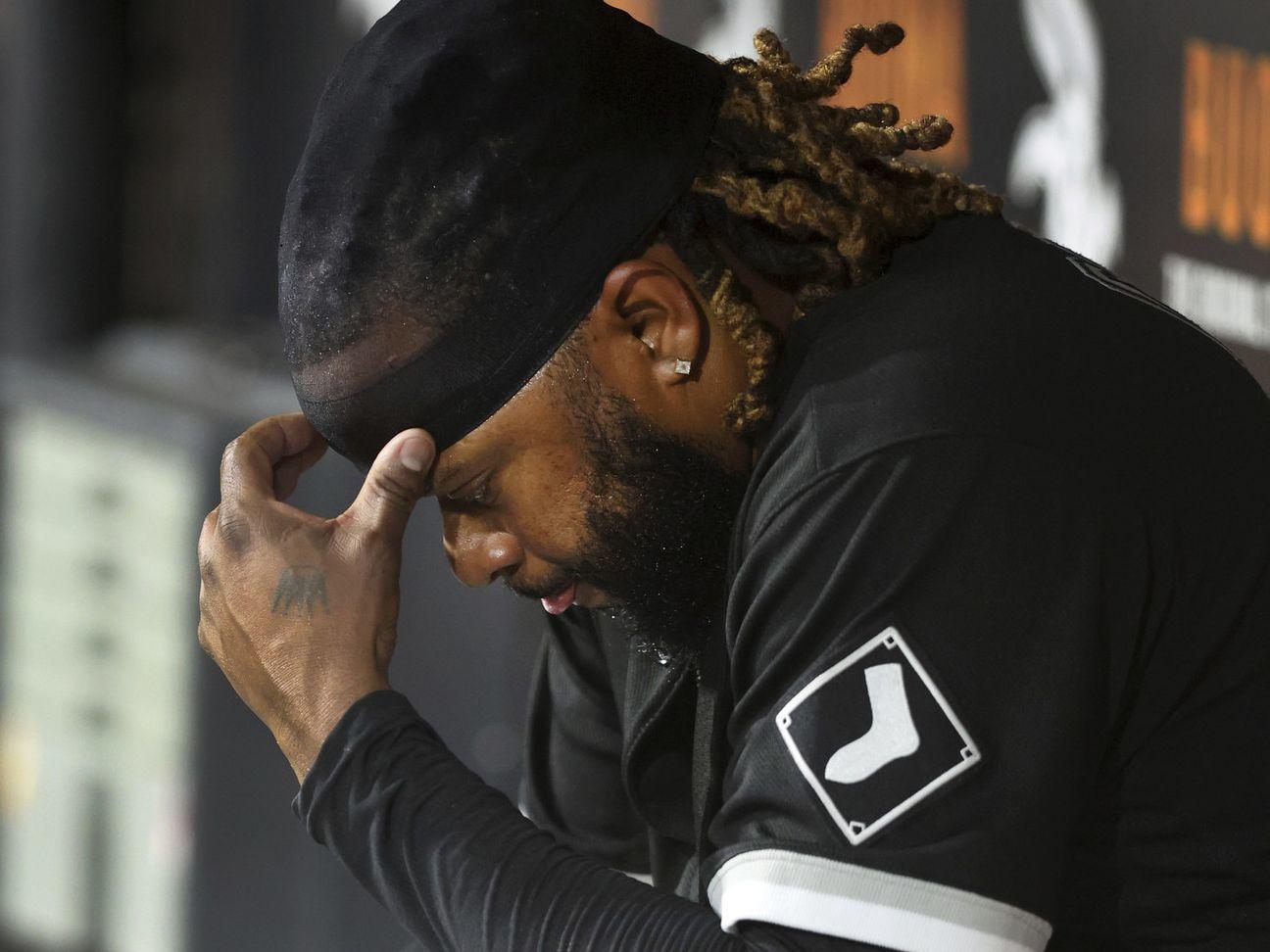 The Chicago White Sox were a season-high five games over .500 last week, appearing — finally — to be headed in the right direction.

They slipped back to .500 on Friday with a lackluster 7-2 loss to the Arizona Diamondbacks in front of 33,054 at Guaranteed Rate Field.

Johnny Cueto had a rare off night, and the Sox didn’t sustain much offensively, stumbling in the opener of a nine-game homestand.

The Sox were attempting to turn the page after Thursday’s demoralizing 4-3 loss at Baltimore in 11 innings. Instead, they lost for the seventh time in nine games and are 63-63 as September nears.

“That’s reality, right?” Sox manager Tony La Russa said. “It’s what we’ve been doing all year. It hadn’t gotten back to five, we were like two or three (over), one, two, minus-one. That’s why (Thursday) was really a tough one. Because plus-three or plus-one.

“But you’ve got to let the season take its course.”

Cueto has been incredibly reliable for the Sox. Through an interperter, he described Friday’s start as “just a bad outing.”

The right-hander allowed a season-high seven runs on five hits with four strikeouts and two walks in five innings.

“You’re going to have one of those throughout the year,” Cueto said. “It’s not an excuse. It was just a bad outing. I’m a human being too. And it happens.”

Cueto had allowed just two home runs in his previous eight starts. He gave up two in the first three innings Friday.

Cueto on Monday was named the American League Player of the Week after going at least eight innings in outings against the Houston Astros (one earned run in eight innings Aug. 15) and at Cleveland (8⅔ scoreless innings Saturday).

He allowed two singles and a walk to begin the second. Mount Carmel product Alek Thomas, whose dad, Allen, was the director of strength and conditioning for the Sox from 2004-2021, brought in the first run with a sacrifice fly to left.

Cueto’s second walk of the inning loaded the bases with two outs for Josh Rojas, who knocked in all three with a double to left. Emmanuel Rivera followed with a two-run homer, giving the Diamondbacks a 6-0 lead.

“They fought in those at-bats,” Cueto said, referring to walking Geraldo Perdomo on a 3-2 pitch and allowing the double to Rojas on a 1-2 pitch.

“It wasn’t the outcome that I wanted to get in those at-bats, but it happens.”

“It’s just as simple as something he’s been outstanding at is getting the third out (of an inning),” La Russa said. “Think about it: He walks Perdomo. The next guy gets a double and (then) a home run and that’s (six) runs. After that, he started dealing.

“It just shows you what he does well and how hard it is to do. A lot of guys have trouble getting the last out, and it shows you one of his strengths. Not (Friday).”

Daulton Varsho homered in the third, making it 7-0.

The Sox’s offense came in the form of Eloy Jiménez scoring on an Elvis Andrus groundout in the fourth and AJ Pollock homering in the ninth.

Jiménez received a visit from the training staff after reaching on an infield hit in the sixth. He appeared to hobble as he made his way to the bag and exited before the ninth.

“You are better off not pushing. We are just going to be careful,” La Russa said. “Unless he’s real sore, he should play (Saturday).”

La Russa counted a number of hard-hit balls for the Sox but credited the Diamondbacks defense. Thomas made a pair of impressive catches in center.

“They played excellent defensive game,” La Russa said. “The score should have been better, closer.”

But that wasn’t the case.

“To me what’s amazing was that seventh, eighth, ninth inning, as futile as that game had been, for fans to yell ‘Let’s go, White Sox,’ that’s amazing,” La Russa said. “Got a taste of it last year — if you win here, it will be as good or better as any place else. Right now we’re at .500. Our goal is to win the series. That means we’ve got to win (Saturday).”

The chants turned to loud boos after the final out.

“They came to see us win a ballgame, and we got beat,” La Russa said. “Most of the game it was lopsided, right? They have every right to be upset — at the team, management, whatever, they’ve got every right to do it. But I’m just saying, the fact that they were here and they did say ‘Let’s go, White Sox’ is amazing.

“It’s amazing fan support here, and I’ve got plenty of experience. But there ain’t no free lunch. It’s a two-way relationship. They support you and you’ve got to give back. So we’ve got to do more about giving back.”