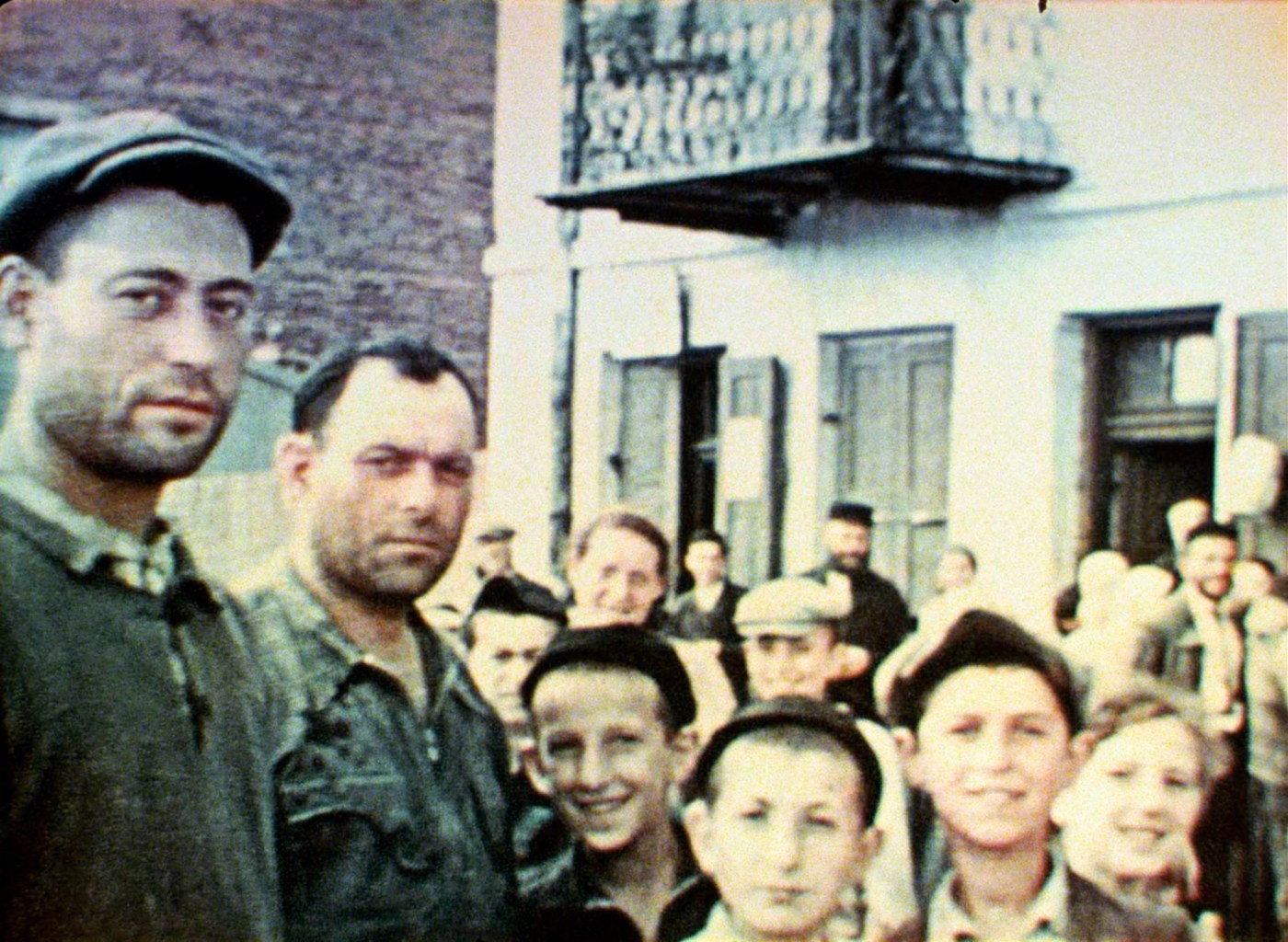 What gets you, deep in the gut, are the smiles. The broad, awkward, sometimes silly smiles of people on an unremarkable day in an unremarkable town in 1938 Poland, fascinated by this new thing called a movie camera and oblivious to the fact that one day, this amateur travel movie will become a devastating historical artifact.

Many documentaries tell vital and poignant stories. Only a few, though, simultaneously make as urgent an argument for the existence of filmmaking itself as does Bianca Stigter’s “Three Minutes: A Lengthening,” a heartbreaking work based on some three minutes of 16mm footage taken by a tourist who himself had no idea what he was capturing — no idea that in a few years, nearly everyone he filmed would be dead.

David Kurtz, an American Jew, was making a “grand tour” of Europe’s big cities but also stopping in Nasielsk, the town 30 miles (50 kilometers) north of Warsaw where he was born and lived as a child. He had a new camera for the trip and tried it out on some 150 Jewish villagers on an August day — milling in a square, spilling out of a synagogue, gathering near a grocery shop or inside a cafe. Young boys in caps, old bearded men, girls with long braids — they eagerly follow the camera, curious and amused by the strange contraption.

The story these three minutes tells is remarkable only because of what happened soon after: All Jews were rounded up and expelled a year later from the town and, save a lucky few, eventually murdered by the Nazis at the Treblinka death camp. This amateur travelogue becomes, then, not only a historical document — a very rare film of prewar Jewish town life in Poland — but also a memorial.

The story of the film’s discovery is remarkable in itself. The footage, mostly in color, was discovered by Kurtz’s grandson, Glenn, in a closet in Palm Beach Gardens, Florida in 2009. He sent it to the U.S. Holocaust Memorial Museum, which had it restored and digitized only a month before its deteriorating condition would have rendered it unrecoverable. The degrading celluloid is a constant reminder of the fragility of the life it records.

Several years later, director Stigter came across Glenn Kurtz’s book, “Three Minutes in Poland: Discovering a Lost World in a 1938 Family Film,” his own four-year investigation. She says she watched the film and wondered: “Could you make those three minutes longer, to keep the past in the present?” (The film, Stigter’s directorial debut, is co-produced by her husband, Oscar-winning filmmaker Steve McQueen.)

The result is just that: A lengthening, multiplying these three minutes by about 20 times, explaining and exploring and elaborating. “They say one picture is worth 1,000 words,” intones narrator Helena Bonham Carter. “But before that phrase makes sense, you need to know what you’re looking at.”

The film starts with the footage in full. The men and women and boys and girls in the square grin and offer awkward waves. Others pour out of the carved synagogue doors. For a few seconds inside a cafe, curious crowds stare through windows. A woman calls out from the doorway of a grocery store. Who is she? Stigter investigates.

Two years after the film was restored, a woman called Kurtz and told him she recognized her grandfather, Maurice Chandler, then a 13-year-old boy named Moszek Tuchendler, who managed to survive the Holocaust. Interviewed for the film, he describes a comfortable existence, with “no fears.” If you had told him what would happen in a few years, “I wouldn’t have believed it probably,” he says.

The end of this vibrant community came suddenly on Dec. 3, 1939, we learn, three months after Germany invaded Poland. The town’s Jews were gathered in the square by Nazi soldiers bearing whips and steel bars, while their homes were looted, and transported in hellish sealed cattle cars to ghettos in larger cities.

Eventually, the film tells us, they were sent to the Treblinka death camp, where they were immediately murdered. Fewer than 100 Jewish townspeople of an original 3,000 in Nasielsk (out of an overall population of 7,000) survived the Holocaust and were alive in 1945.

Near the end of the film, Stigter lines up separate portrait shots of the 150 or so villagers in the film. Except for a few, we don’t know their names. But seeing their faces pulled out from a crowd is one way of acknowledging that each was a human being of value, lost to the world.

The town square still exists 80 years later, near a park with a statue of Pope John Paul II. But there is no statue or memorial to the lost Jewish population, we learn: “The only thing left is an absence.”

An absence that this film tries to fill as best it can. At the end, one feels gratitude not only for Stigter’s painstaking work, but to author Kurtz and of course his grandfather, just a man with a camera whose fleeting footage is a powerful response to those who intended to eradicate the existence of these people and millions like them. Film, even three minutes of deteriorating celluloid, does not lie.