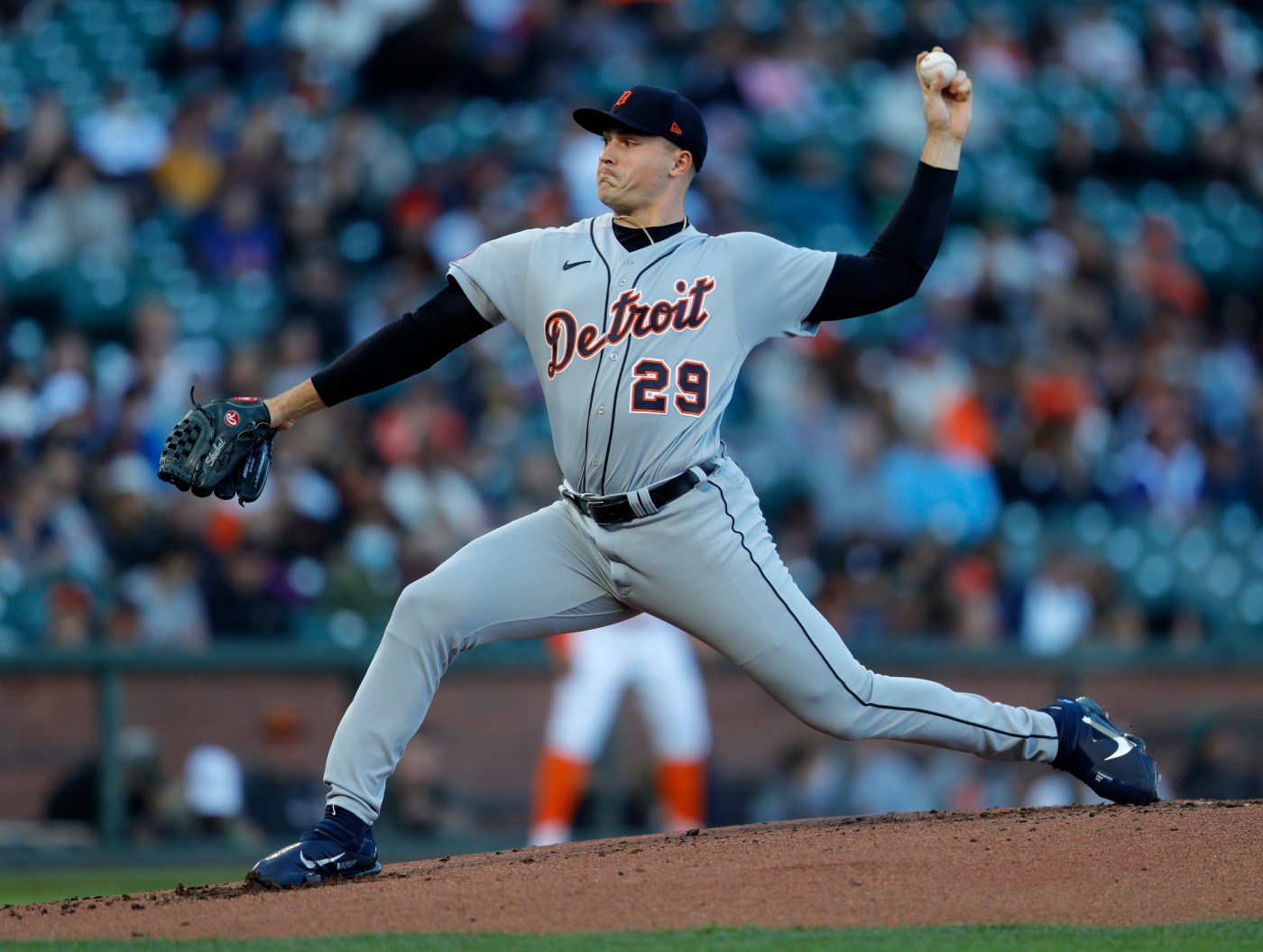 The music of E-40 blasted through the Oakland Coliseum speakers Thursday afternoon as Tarik Skubal warmed up between innings. The Tigers left-hander may have been a visiting player, but he felt at home in a uniquely Bay Area setting as the visitors thumped the A’s 7-2 in the first game of a doubleheader.

“I’ve got a lot of family here I’m gonna see right after this, and it’s pretty special to throw in front of them,” the Tigers starter said after striking out nine A’s in the win. “I look forward and cherish those starts.”

Skubal looked at ease as he allowed only two hits and one unearned run over six innings, taking a no-hitter into the fifth inning to earn his seventh win of the season. He now has two wins at the Coliseum this season after he threw seven shutout innings on May 10 in a Tigers win.

On Thursday afternoon, Skubal took a no-hitter into the fifth inning with a form reminiscent of his childhood hero. Born and raised in Hayward, Skubal spent many a night watching the Moneyball A’s shut down hitters with their gaggle of aces.

His favorite among them? The 2002 Cy Young winner Barry Zito, who carved through batters with a magical curveball. That breaking ball must have made quite an impression on a young Skubal.

“I would love to have that curveball,” Skubal said. “Like him and Kershaw kind of have those two bangers that everyone tries to do, but you can’t really do unless you’re those two guys.”

Skubal described Zito’s greatest weapon as if it were a superpower, recalling the experience by pulling memories from a mental box of nostalgia.

“I remember watching Zito pitch and his curveball would go out of the frame and come back on TV,” Skubal said. “If I can’t see it, then how could hitters see it?”

Skubal mentioned that he initially idolized slick-fielding third baseman Eric Chavez in his youth, but being a left-hander made the dream of playing third nothing more than a fantasy.

After Thursday’s start, A’s manager Mark Kotsay probably wished the 25-year-old had found a home somewhere else in the infield.

“He didn’t mix his changeup in until I think the sixth inning, and he had success,” Kotsay said. “So he’s a tough lefty. He’s proved that this year so far.”

With friends and family encouraging him on, there were cheers for highlight-reel plays by Skubal’s Tigers.

“You feel like you’re at home a little bit and a little more comfortable,” Skubal said about pitching at the Oakland Coliseum. “Especially when they play like E-40’s music and Bay Area stuff. There’s a little bit more energy.”