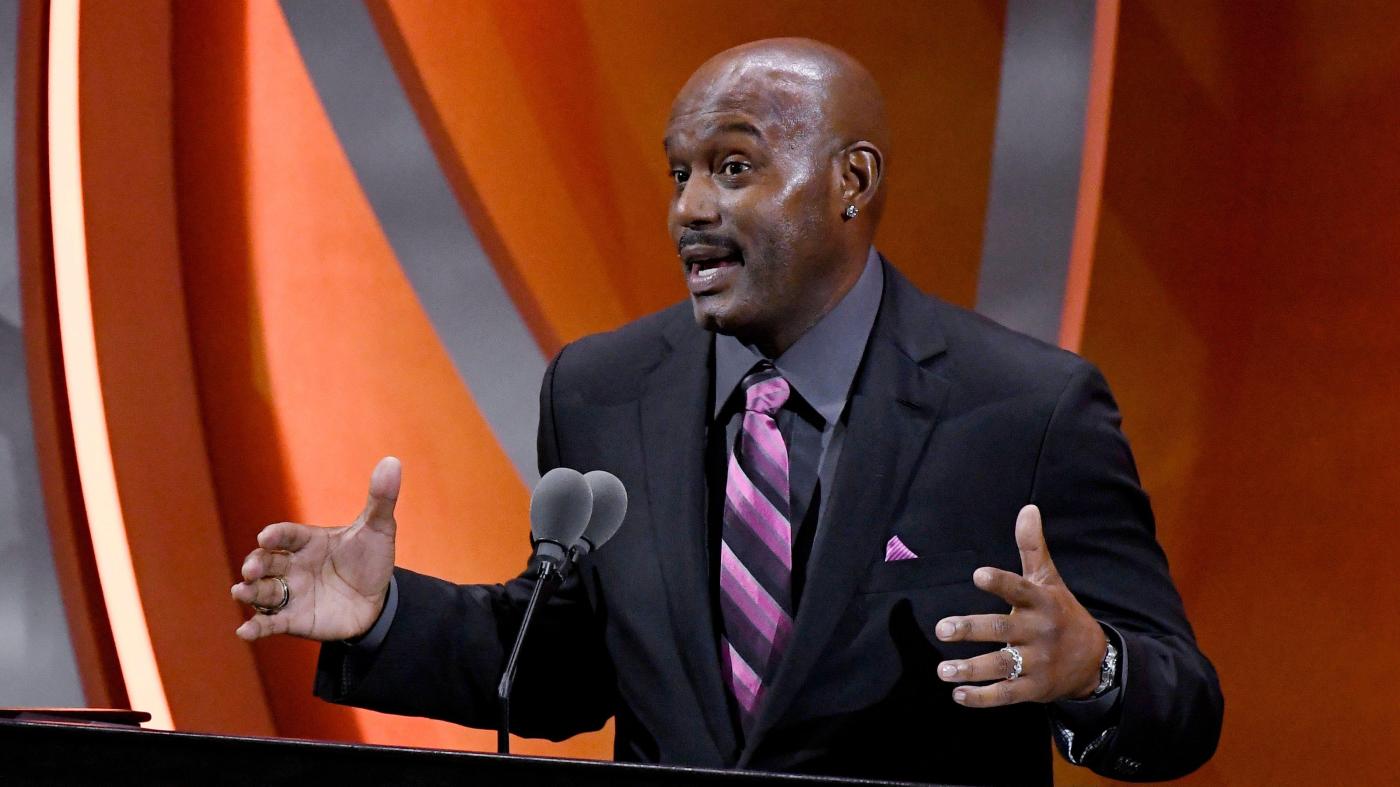 Warriors Hall of Fame coach Don Nelson allegedly lied to the entire NBA ahead of the 1989 draft, saying Tim Hardaway’s knees were shot.

The Warriors ultimately picked Hardaway, known for his “killer crossover” aka the “UTEP Two-Step,” with the No. 14 pick that year. From there, Run TMC was born.

“Great job, Nellie,” Hardaway said Saturday during his enshrinement speech. “I appreciate you.”

After a long wait, Hardaway joined Mitch Richmond and Chris Mullin at the pinnacle of their sport to complete Golden State’s trifecta.

With those four on stage, Hardaway reflected on his career and expressed gratitude to the laundry list of family, friends, teammates and coaches who helped him get to this point. Of course, he mentioned former Warriors coach Don Nelson, who was not in attendance for the ceremony, and his Run TMC counterparts, who captivated fans with its exciting up-tempo run-and-gun style.

“We was legendary,” Hardaway said.

Mullin and Richmond took Hardaway under their wings during his first season and taught him how to be a pro. Their guidance played a key role, he said, in making him who he is today.

With Hardaway as the motor, Golden State led the league in scoring during the 1989-90 season. The next season, with Run TMC in full stride, the Warriors went 44-38 and scored a first-round playoff upset over the San Antonio Spurs.

While the Run TMC era was short lived — Nelson traded Richmond to Sacramento at the beginning of the next season — the trio’s two seasons together left a lasting mark on Golden State’s fanbase.

“Run TMC, man, we were ahead of our time,” Hardaway said. “Chris, Mitch, you will always be family to me. We did everything together during that time with the Warriors. I cherish those years, I cherish our friendship.”

Hardaway’s journey to basketball immortality started on the South Side of Chicago, playing on his neighborhood blacktop court. He gave a shout out to his father, Donald, for introducing him to the game of basketball, and thanked his mother for her selflessness.

“She always sacrificed for her boys,” he said. “She took days off from work and didn’t get paid so she can show me the bus route I needed to take to school. She wanted to make sure I was safe, so I knew where I was going. You did the greatest job any mom could ever do.”

It was “incredible,” he said, to think that a kid from the South Side of Chicago made it all the way to Springfield, Massachusetts.

That’s why it only seems appropriate that he ended his 10-minute speech with a nod to his hometown.

“This is bigger than Tim Hardaway,” he said. “This for the South Side of Chicago.”

Hardaway waited eight years after Richmond’s enshrinement before receiving the call to the Hall, and it is widely held that his homophobic comments on a 2007 radio show caused the delay.

“Like many enshrined in Naismith Memorial Basketball Hall of Fame, my basketball journey was far from smooth and it was against all odds,” said Hardaway, who’s profusely apologized for his comments. “My path was filled with obstacles and doubters yet it was also a beautifully paved road filled with inspirational men and women who guided me, shaped me and supported me every step of the way.”

Hardaway was the first member of the 13-person class to speak at Saturday’s ceremony. But before he took the stage, the event took a moment to honor the late Bill Russell, who died in late July at the age of 88.

“None of us are in this room or playing in NBA championships without his life contributions off the court,” Stephen Curry said in the tribute video.