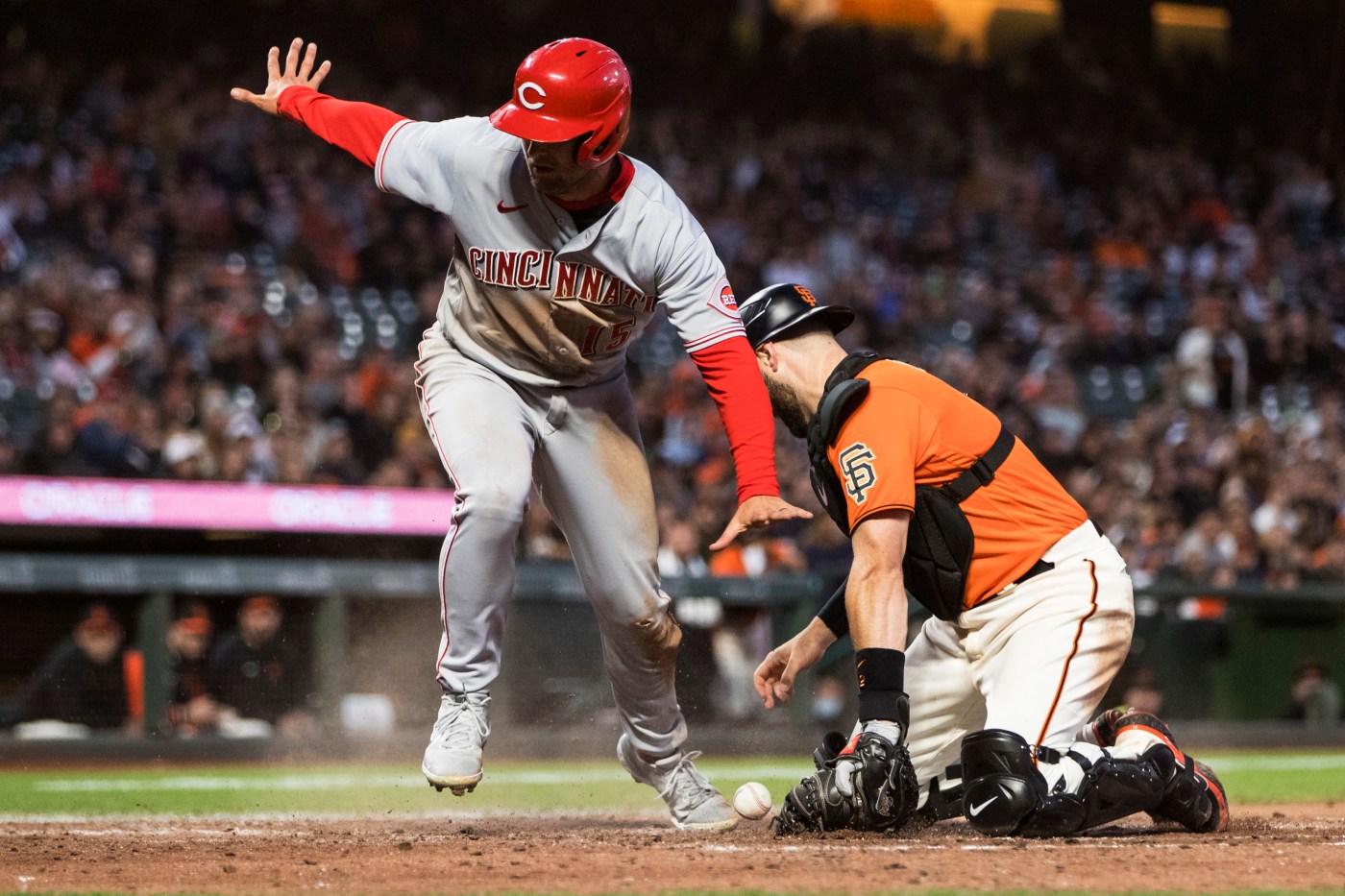 SAN FRANCISCO –  Tommy Pham was booed during pregame introductions, jeered every time he came to the plate, and heckled whenever he stood in left field.

Yes, Pham’s first game at Oracle Park this season represented a chance for Giants fans to give the Cincinnati Reds outfielder an earful after he slapped Joc Pederson last month at Great American Ballpark over a fantasy football strategy.

But putting aside the Pham sideshow, the Giants have an opportunity this homestand to pile up some wins against below-.500 teams, starting with a three-game set against the cellar-dwelling Reds.

It didn’t start off well, as the Giants committed two fifth-inning errors behind starting pitcher Alex Cobb and managed six hits in what became a 4-2 loss before an announced crowd of 29,178 at China Basin.

Evan Longoria hit a solo home run in the fourth inning, his sixth homer of the season, and his first since May 30. In the eighth, Mike Yastrzemski singled home Wilmer Flores to cut the Reds’ lead to 4-2.

Otherwise, the Giants (38-32) went 1-for-4 with runners in scoring position and left five runners on base. Reds starter Graham Ashcraft allowed six hits and had eight strikeouts over eight innings to improve to 4-1 this season.

For the record, Pham went 0-for-4 with a strikeout.

Cobb allowed five hits and had two strikeouts in 4 1/3 innings, his second straight short-ish outing after he came off the injured list last week.

On June 19, Cobb went four innings and gave up two earned runs – both on solo homers – in what became a 4-3 Giants loss to the Pittsburgh Pirates.

Friday, Cobb was removed by manager Gabe Kapler during a rough fifth inning, for him and his defense.

Curt Casali was called for catcher’s interference in an at-bat by Nick Senzel to lead off the fifth.

After Jonathan India walked, the Reds executed a double steal to put two runners in scoring position. Then, on a Donovan Solano ground ball, shortstop Brandon Crawford’s throw home was off target, allowing Senzel to score for a 3-1 Reds lead.

Cincinnati tacked on another run in the sixth off reliever Jake McGee, as Senzel singled to score Mike Moustakas, who led off the inning with a double.

The loss was the Giants’ fifth in the last six games after they finished a seven-game road trip through Pittsburgh and Atlanta with a 3-4 record, leaving them 1½ games back of the Braves for the second National League wild-card spot.

The Giants then play at Arizona from July 4-6, and their next series against an opponent with a winning record is July 7-10 in San Diego.