Tony Hetherington is Financial Mail on Sunday’s ace investigator, fighting readers corners, revealing the truth that lies behind closed doors and winning victories for those who have been left out-of-pocket. Find out how to contact him below.

The investments have been made through Nicholas Durrant of Living Investments UK.

I am long overdue for returns that should have been made in 2014, 2017 and 2020. I have written 13 times to Mr Durrant without response. Calls are answered by a receptionist but he never returns them. 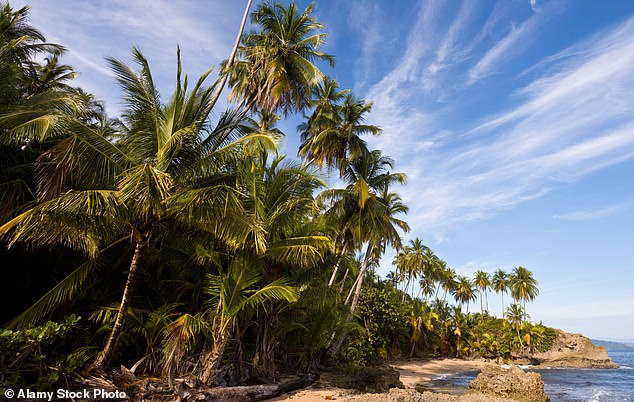 Tony Hetherington replies: You are not the only investor to contact me, and the complaints are pretty well identical. Durrant is not at the London address he uses, letters are unanswered, calls are not returned, questions are unresolved, and if you get a response it is evasive or untrue.

I made contact with Durrant in May, and since then I have been trying with very mixed results to get answers. Dealing with him is like handling a particularly slippery eel that has been given a generous coating of Vaseline. For starters, although there are unconnected registered companies with very similar names, Living Investments UK is not among them. It does not exist.

It is just a trading name used by Durrant, though he fails to act lawfully and disclose this. You cannot find him at the London address which takes in his post because he lives in a splendid rented house in Oxford which was advertised with a £5,000 a month rent.

Durrant, who describes himself as an ‘investment consultant,’ told me: ‘I do not own and never set up Living Investments but I was an employee of theirs. I was shocked what uncovered [sic] how they ran the company.’ He describes himself as merely a ‘custodian,’ protecting investors, and adding that ‘I constantly keep in communication with them.’ So, you and everyone else is lying.

He refused to say who did own – or currently does own – Living Investments. But did you spot that while I asked him about Living Investments UK, his answer drops the ‘UK’? This is because Living Investments is registered in the British Virgin Islands, where secrecy laws mean whoever runs it remains anonymous, and Durrant can blame these ghosts for anything and everything.

Back in Britain, however, Durrant does run a company called Hyperion Management (London) Limited. He assured me: ‘This is not associated with Living Investments.’

That is surely wrong. Hyperion’s website has been changed, but it did promote his teak trees scheme, claiming that it offered ‘Competitive returns in comparison to mainstream investments over a long period. It should be emphasised that the forestry returns are largely tax-free, enhancing performance against other assets.’

After I contacted him, Durrant told you that a payment of £1,250 due in 2014 had been set against a later investment you made, and you must have forgotten this.

He told me you confirmed this, but when I asked you about it, you replied: ‘Mr Durrant is wrong when he says I have confirmed the transaction of £1,250 because he has not given me any figures to prove it.’

And you added that you made the later investment on condition Durrant disposed of an earlier one that would not mature – you discovered – until you were in your 90s. Durrant has failed to explain this or comment on why no such disposal has taken place.

Some of Durrant’s administrative work is done by accountant Anthony Robertson of Essex-based Money Books Limited, who is also an investor in the scheme.

He wrote that he had trouble getting information that Durrant promised, saying: ‘I am afraid this does not bode well for the state of our investments, as I find myself no longer able to trust him with anything he says.’

Despite this, Robertson pleaded with me not to publish a word in case it made Durrant quit and the scheme fell apart. But how could the departure of a British salesman cause the collapse of a genuine forestry scheme thousands of miles away?

And this comes back to the very basic question of just who investors are dealing with. When my questions became too awkward, Durrant hired lawyers to threaten to sue me if we published your letter. They even claimed that according to Durrant, you had written twice, asking me to scrap your complaint. I can confirm that this is untrue, and you told me very forcefully that you had never asked me to withdraw your letter. Quite the opposite – you asked me to press on.

The solicitors demanded that I deal with them and not with Durrant, but they failed to answer almost every question I asked.

However, they did tell me: ‘We have been instructed by our client that he was a sales employee of Living Investments UK; he was at no time an owner of the business.’ But there is no such thing as Living Investments UK, I replied. If Durrant was an employee, who was the employer? The lawyers fell silent.

In recent weeks, investors have been receiving big bills from Durrant, who has just been to Costa Rica, where the trees are grown, and to the USA, where he says he has done a big deal to market the timber.

Those bills are startling. They include large payments for ‘nominee directors’ – front men who put their names to companies with the result that their true owners and controllers are unknown. And there are legal fees linked to structuring the entire scheme so it falls outside the legal remit of the Financial Conduct Authority.

In short, it looks like investors are expected to pay to sidestep UK investor protection and not to reveal whoever really controls Living Investments. Talk about expecting turkeys to vote for Christmas.

Durrant’s final statement to me was ten days ago. He claimed he discovered the owners of the business planned to abandon it. ‘I was appalled by that,’ he said. And he explained: ‘I then legally agreed to look after the existing clients, with legal conditions that I have no association with Living Investments and that there was no responsibility.’

This screams out for a full legal investigation by the Financial Conduct Authority or perhaps the Insolvency Service. Watch this space.

If you believe you are the victim of financial wrongdoing, write to Tony Hetherington at Financial Mail, 2 Derry Street, London W8 5TS or email tony.hetherington@mailonsunday.co.uk. Because of the high volume of enquiries, personal replies cannot be given. Please send only copies of original documents, which we regret cannot be returned.