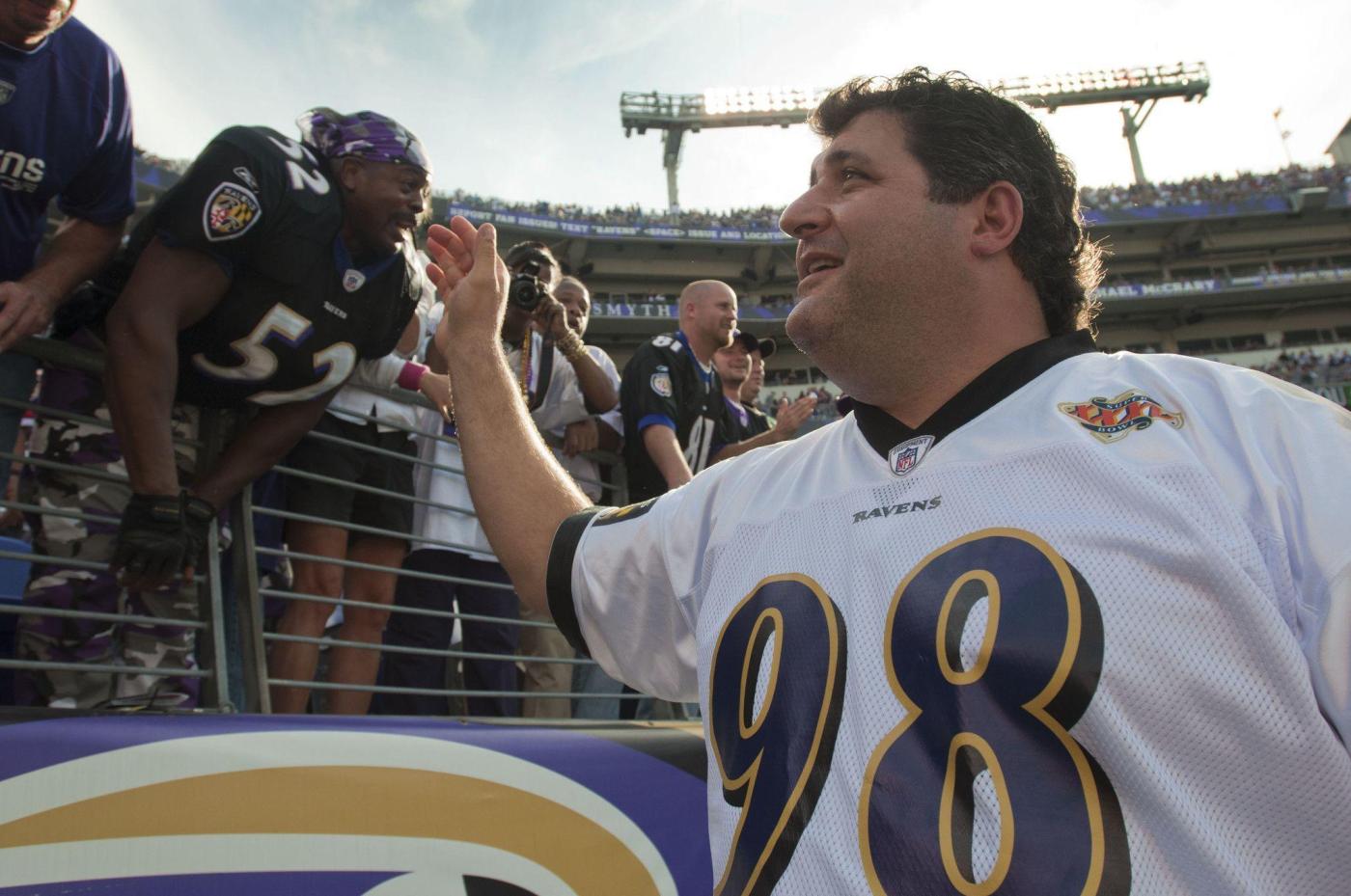 Tony Siragusa, the wisecracking wall of flesh known as “Goose” who anchored the middle of a record-setting Ravens defense during the team’s first Super Bowl run, died Wednesday, a team spokesman said. He was 55.

The cause of death was not immediately known.

The New Jersey native was an undrafted free agent who began his 12-year NFL career with the Indianapolis Colts before he became a fan favorite over five seasons with the Ravens from 1997 to 2001. He was a classic nose tackle, occupying multiple blockers and clearing space for Hall of Fame linebacker Ray Lewis as the Ravens set a record by allowing just 165 points over a 16-game season in 2000.

But the 330-pound behemoth was known as much for his affable persona as his power on the field. He was a star of the first season of HBO’s documentary series “Hard Knocks,” wearing shirts that said “Big Daddy” across the chest and cracking jokes about how he would torture rookies. That paved the way for an acting career and a 13-year run as a pregame and sideline personality on Fox’s NFL coverage.

Mr. Siragusa came to the Ravens when the team was still struggling in its second season after moving from Cleveland. He was a full-time starter and leading voice as the Ravens defense gradually transformed into one of the most fearsome in NFL history.

During the 2000 AFC championship game, he drove Oakland Raiders quarterback Rich Gannon to the ground shoulder-first, a pivotal play as the Ravens held a highflying offense to three points. Though Mr. Siragusa always maintained he had no intention of hurting Mr. Gannon, the hit went down as a prime example of the Ravens’ punishing style as they rampaged to the Super Bowl.

Once on the biggest stage in sports, Mr. Siragusa luxuriated in the spotlight. A reporter asked what job he would hate to have. “I would hate to be a plumber if my sewer backed up,” he said.