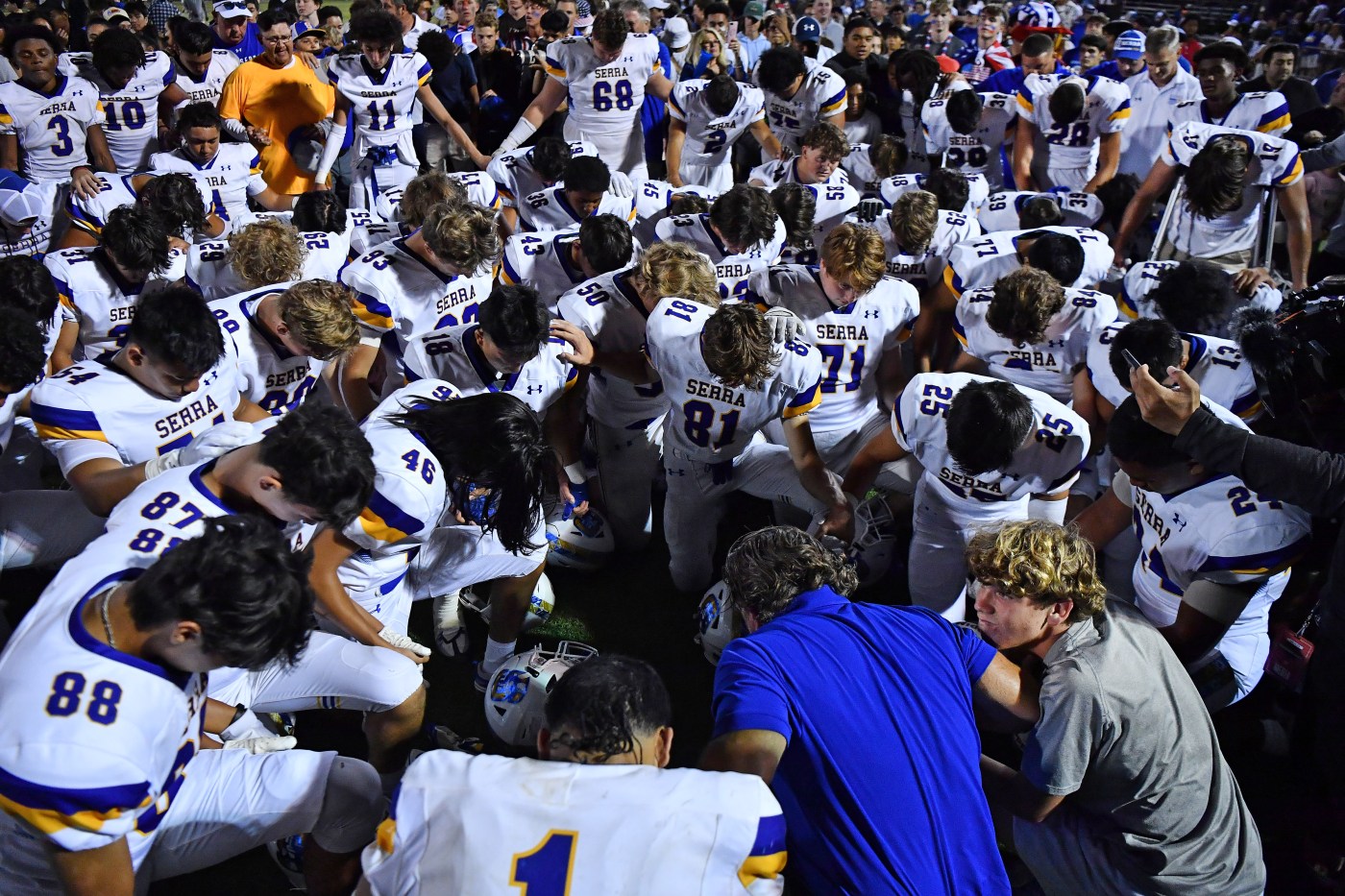 SAN MATEO — If there’s one thing Serra isn’t scared of, it’s being down on the scoreboard.

A week after rallying on the road against De La Salle, the Padres came back from a first-quarter déficit on their home field Saturday to win convincingly 42-30 over Central Catholic of Modesto.

“I would say our team showed a tremendous amount of resiliency,” Serra coach Patrick Walsh said. “They overcame obstacles in all three of the games they’ve played this year.”

Maealiuaki Smith threw three touchdowns in the first half as Serra, the Bay Area News Group’s top-ranked team, rallied from an early 9-0 hole in its home opener. Smith finished with over 330 yards and tossed five touchdowns in the win.

Seamus Gilmartin caught the first touchdown on a five-yard flat route, and then Jaden Green and Grant McGivern both scored on screen passes they broke free on.

Central Catholic’s offense ran, both figuratively and literally, through running back Tyler Jacklich. He ran for 114 yards and a touchdown.

Jaden Green swept into the end zone from the double-wing as Serra scored three more times in the second half. Central Catholic kept things manageable but could never get the big play they needed.

Check back for more details