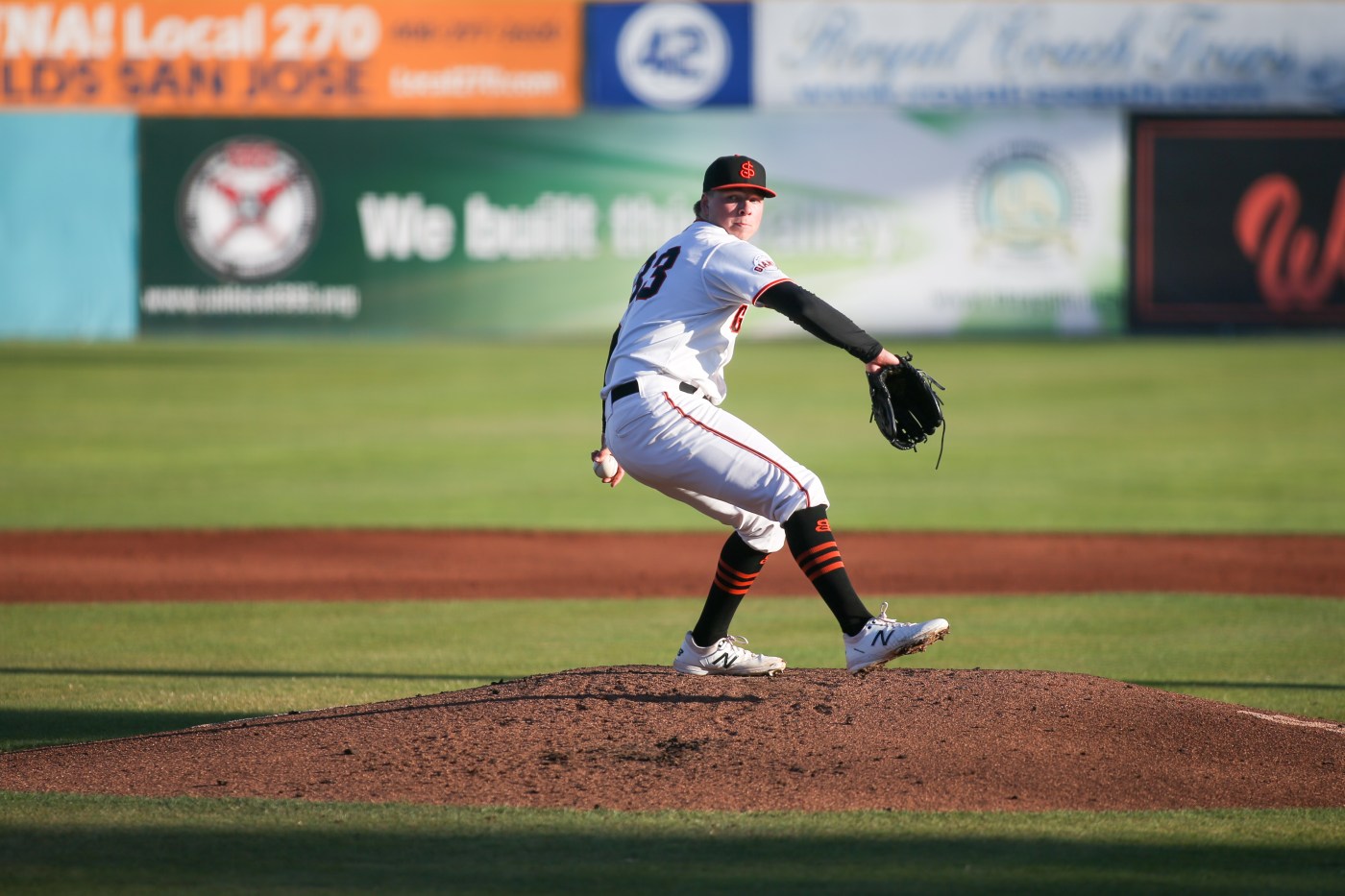 PHOENIX — Add another notch to the meteoric rise of the local left-hander who profiles as the Giants’ top pitching prospect.

Kyle Harrison, San Francisco’s third-round pick in 2020 out of De La Salle, was named to the MLB All-Star Futures Game as part of an early group of eight selectees announced on Wednesday.

Harrison, 20, owns a 2.76 ERA in 14 starts between High-A and Double-A and, with 116 strikeouts, has punched out more batters than any other pitcher in the minor-leagues this season.

Harrison is considered the No. 27 prospect in baseball, according to MLB.com. He is second in the Giants’ system, behind 20-year-old shortstop Marco Luciano, who was one of the Giants’ two selections last season, along with outfielder Heliot Ramos, and figures to be a strong candidate to appear in his second straight Futures Game once the full rosters are announced.

In the initial group of eight players, Harrison was joined by fellow top pitching prospects Jack Leiter (Texas), the No. 2 overall pick in 2021, and Eury Perez (Miami), who ranks 10 spots ahead of Harrison on MLB.com’s Top 100, as well as one of the top prospects in baseball, outfielder Corbin Carroll (Arizona), who checks in at No. 3 on MLB.com’s Top 100.

The Futures Game is scheduled for Saturday, July 16, at Dodger Stadium.

Giants outfielder Joc Pederson is well positioned to earn a starting spot in the All-Star Game, which takes place July 19 at Dodger Stadium. He ranks just behind the Dodgers’ Mookie Betts and has a sizable advantage over the Mets’ Starling Marte for the third and final outfield spot on the National League squad.

In the first update from Phase 2 of the All-Star vote, a new format this year that features six outfielders advance to a final stage of polling, Pederson was sitting at 31%, compared to Betts’ 35% and Marte’s 20%. Atlanta’s Adam Duvall is in last place, at 14%.

As the top vote-getter in Phase 1, Atlanta’s Ronald Acuña Jr. already secured the first of the three outfield spots.

Fans can cast their votes on MLB.com until Friday at 11 a.m. PT.