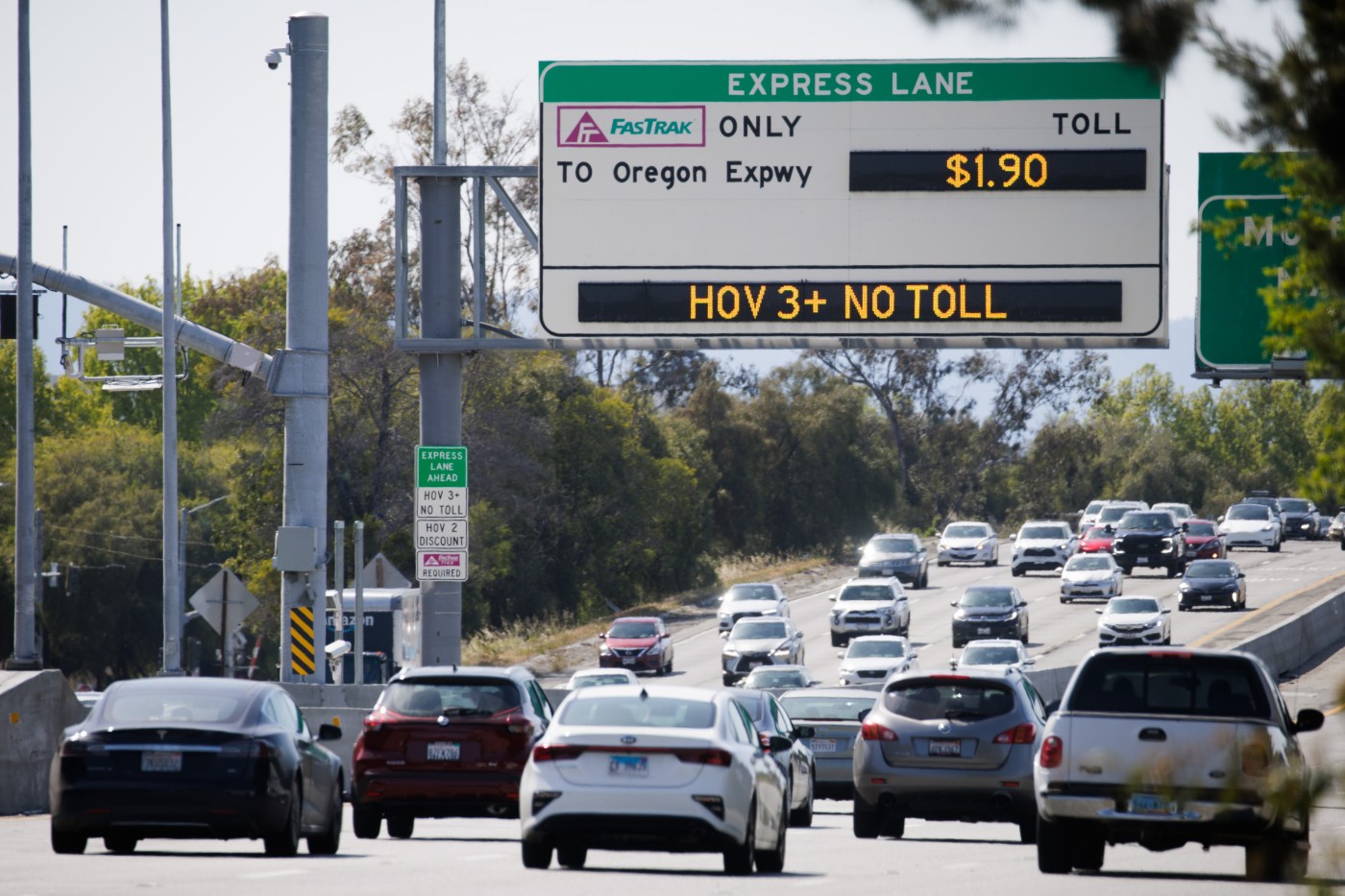 Q: Add me to the list of people dissatisfied with Caltrans express lane striping on Interstate 880. The first time I used it going south on 880, I wanted to exit the express lane prior to heading to the San Mateo Bridge. A mile out or so, an exit lane opened up from the express lane, but I thought, “Too far out. Surely there will be one closer to the 92 interchange.”

A very unhappy look crossed my face as I drove, trapped behind the double white lines, under the 92 overpass and on for another mile before I could leave the express lane, head to the nearest overpass and make the freeway equivalent of a U-turn back to 92.

A: For drivers not familiar with express lanes, this can be confusing and frustrating. Over time, drivers learn which express lane exit is best, at least in areas they travel frequently. Your U-turn-equivalent freeway move may, unfortunately, be necessary again in unfamiliar areas.

Q: Carpool lanes in the Bay Area seem to constantly change between 2 and 3 people. The signs which indicate how many people constitute a carpool are infrequent. If the number of people required for the carpool lane was painted into the middle of the diamond on the pavement, then the lack of signs would not be a problem.

A: Caltrans might put up more signs but as more carpool lanes are converted to express lanes, the rules become consistent: 3+ in a car use the express lane free and 2+ use the lane at a discounted rate.

Q: At the Bay Bridge toll plaza, two flyover lanes are clearly marked for “buses only.” Yet on any given day, there are dozens of cars per minute zooming through, while thousands of us suckers wait patiently to go through the plaza and metering lights. Since Caltrans is already collecting a toll using automatic license plate readers at the plaza, how hard would it be to install two more readers over the bus lanes and ticket all the violators automatically?

A: You have a good point. In one study, at the Bay Bridge toll plaza during the 7-10 a.m. morning peak period, HOV lane violations averaged 30 percent of an hourly HOV lane volume of about 2,800 vehicles. That’s about 840 vehicles cheating per hour for that period, alone. The ‘bus only’ lanes here are open to qualifying carpools and clean air vehicles on weekdays from 5-10 a.m. and 3-7 p.m. The lane is restricted to buses only at all other times.

The far right side of the Bay Bridge toll plaza is where one frequently finds a friendly CHP officer on Saturday and Sunday afternoons.

Look for Gary Richards at Facebook.com/mr.roadshow or contact him at mrroadshow@bayareanewsgroup.com.