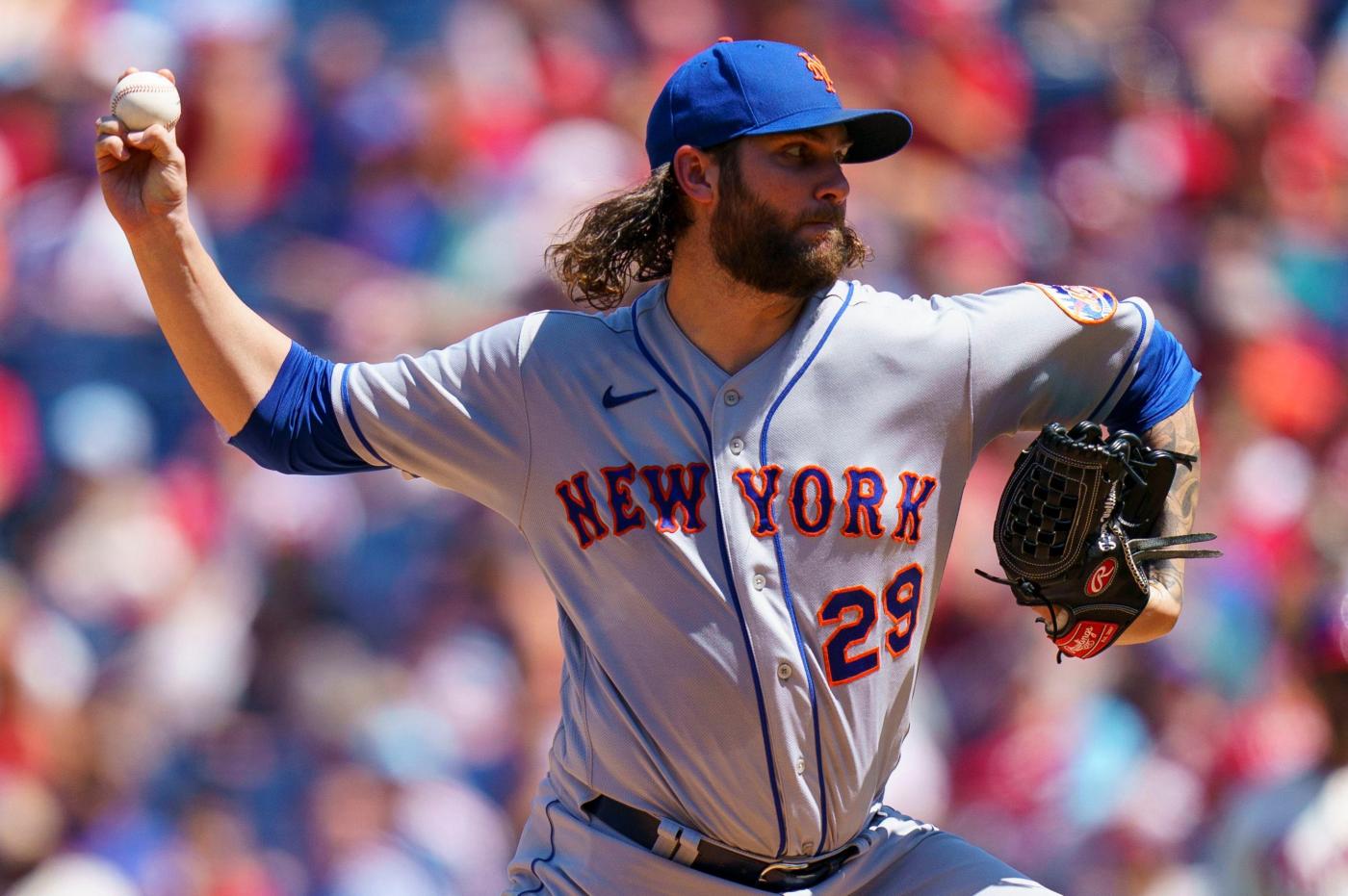 Long relief is one of the most thankless jobs in sports.

Being the long man out of the bullpen — i.e. coming in to pitch multiple innings, usually with your team either ahead by a lot or losing by a lot — typically comes with an unspoken message: let’s just finish this thing up.

For the Mets, their long reliever lives on the opposite ends of many pre-supposed spectrums. He has long hair, is covered in tattoos and loves metal music. He’s also as laid back as they come, with a Southern California background that means wearing checkered Vans and sometimes speaking so quietly it’s hard to hear him. One might expect someone who has Williams’ interests and appearance to be quite loud, boisterous and intimidating. In reality, he is none of those things.

One might also expect, due to the nature of the role and how managers have used it over the years, for a long reliever to be a below average pitcher. After all, their job description is usually centered around pitching in low-leverage spots, eating innings so the more important relievers and starting pitchers don’t go too hard. But, once again zigging where others zag, Williams has been much better than that. He’s been fabulous this season.

There’s good reason for Williams being one of Buck Showalter’s most praised players on the roster. He’s thrown the sixth-most innings on the team and done so with a 2.92 ERA. In his 15 appearances as a reliever, he’s touting an even better 1.53 ERA. Ten of those relief appearances have been two innings or longer. His 6.9% walk rate matches the lowest of his career and three of the nine spot starts he’s made this year included five innings or more with two earned runs or fewer.

Players like Williams — who emerge from relative obscurity to become an indispensable part of the winning equation — are a hallmark of any playoff club. But the question for Williams, who ideally will not start another game and doesn’t have the raw stuff to be a late-inning fireman, is what to do with him now.

For the rest of the regular season, he should obviously remain doing what he’s been doing. If a starting pitcher struggles to get through the early innings, Williams needs to be the first call. But after that, as the Mets prepare for a playoff series, things get murkier. If they lose out on the division title and have to play a best-of three wild card series, there’s a serious conversation to be had about whether Williams should be on the roster.

The shortness of the series, which could be over in two games, means that a team won’t need to carry as many relievers as they would for a best-of-seven. If the Mets are able to line up Jacob deGrom and Max Scherzer for those first two games, with Chris Bassitt behind them, they can also feel good about each of those three giving them some length. That eliminates much of the need for Williams, whose roster spot could then go to someone like Terrance Gore, the Mets’ hired gun for the postseason whose pinch-running abilities have more of a place in the seventh, eighth or ninth inning than Williams’ arm does.

Ten of Williams’ 24 outings this year have also begun with the Mets either losing by four runs or more or winning by four runs or more. Those scenarios rarely occur in the playoffs, which typically feature much tighter games, again putting Williams in a bit of an odd place. The Division Series are also still best-of-five, meaning the all-hands-on-deck bullpen usage that comes in seven-game series won’t be needed until the Championship Series.

If the Mets leave Williams off the roster for those first two rounds, will rust set in before they call his number in the Championship Series? What about in the World Series? Would you want someone who wasn’t on the roster (or who was on the roster but didn’t end up having to pitch) getting outs in the Fall Classic? These are all hypotheticals, but it’s definitely something that the Mets will have to consider very soon.

Assuming they go to a four-man pitching staff in the postseason too, that means a difficult conversation with other people about changing their role dramatically in October. Taijuan Walker and David Peterson are the most obvious candidates to shift from the starting rotation to the bullpen for the playoffs, making Williams somewhat redundant. No team really needs three long relievers in a playoff series, especially with the Mets having three starters that can pretty much be counted on to get 18 outs every time they take the ball.

The flip side of this argument is that Williams has been too good all season not to factor into the playoffs in some form or another. These are all things for the organization to worry about later, as the sole focus now is securing their best possible seed in the playoffs, not worrying about their roster once they qualify. But these are things that elite teams have to think about, and probably something that teams like the Astros and Dodgers have already discussed internally.

Maybe the Mets have done that too, and Williams knows exactly what his role is for the rest of 2022. If not, they need to figure that out soon, as one of the best long relievers in the game either deserves to continue being part of this team or deserves a solid explanation for why he might not be in the postseason.