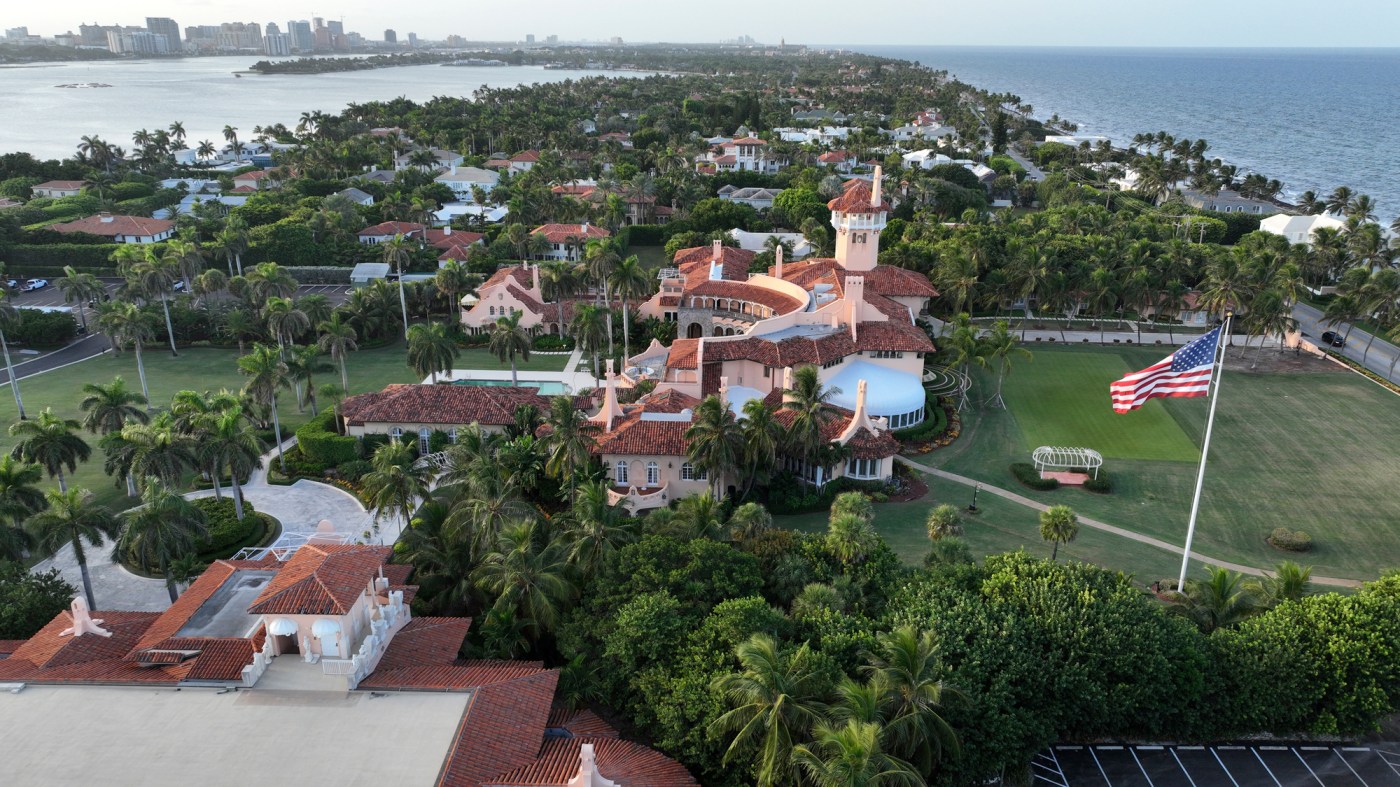 WASHINGTON — Lawyers for former President Donald Trump asked a federal judge Monday to prevent the FBI from continuing to review documents recovered from his Florida estate earlier this month until a neutral special master can be appointed to inspect the records.

The request was included in a court filing, the first by Trump’s legal team in the two weeks since the search, that takes broad aim at the FBI investigation into the discovery of classified records at Mar-a-Lago and that foreshadows arguments his lawyers are expected to make as the probe proceeds.

The filing casts the Aug. 8 search, in which the FBI said it recovered 11 sets of classified documents, as a “shockingly aggressive move” and describes Trump and his representatives as having cooperated for months as federal agents scrutinized the presence of presidential records and classified documents at Mar-a-Lago. It also attacks the warrant as overly broad.

“Law enforcement is a shield that protects America. It cannot be used as a weapon for political purposes,” the lawyers wrote Monday. “Therefore, we seek judicial assistance in the aftermath of an unprecedented and unnecessary raid” at Mar-a-Lago.

The filing specifically requests the appointment of a special master not connected the case who would be tasked with inspecting the records recovered from Mar-a-Lago and setting aside those that are covered by executive privilege — a principle that permits presidents to withhold certain communications from public disclosure. In other cases, that role has sometimes been filled by a retired judge.

“This matter has captured the attention of the American public. Merely ‘adequate’ safeguards are not acceptable when the matter at hand involves not only the constitutional rights of President Trump, but also the presumption of executive privilege,” the attorneys wrote.

Separately Monday, a federal judge acknowledged that redactions to an FBI affidavit spelling out the basis for the search might be so extensive as to make the document “meaningless” if released to the public. But he said he continued to believe it should not remain sealed in its entirety because of the “intense” public interest in the investigation.

A written order from U.S. Magistrate Judge Bruce Reinhart largely restates what he said in court last week, when he directed the Justice Department to propose redactions about the information in the affidavit that it wants to remain secret. That submission is due Thursday at noon.

Justice Department officials have sought to keep the entire document sealed, saying disclosing any portion of it risks compromising an ongoing criminal investigation, revealing information about witnesses and divulging investigative techniques. They have advised the judge that the necessary redactions to the affidavit would be so numerous that they would strip the document of any substantive information and make it effectively meaningless for the public.

Reinhart acknowledged that possibility in his Monday order, writing, “I cannot say at this point that partial redactions will be so extensive that they will result in a meaningless disclosure, but I may ultimately reach that conclusion after hearing further from the Government.”

Several news organizations, including The Associated Press, have urged the judge to unseal additional records tied to this month’s search of Mar-A-Lago, when FBI officials said they recovered 11 sets of classified documents, including top secret records, from the Florida estate.

Of particular interest is the affidavit supporting the search, which presumably contains key details about the Justice Department’s investigation examining whether Trump retained and mishandled classified and sensitive government records. Trump and some of his supporters have also called for the document to be released, hoping it will expose what they contend was government overreach.

In his written ruling, Reinhart said the Justice Department had a compelling interest in preventing the affidavit from being released in its entirety. But he said he did not believe it should remain fully sealed, and said he was not persuaded by the department’s arguments that the redaction process “imposes an undue burden on its resources.”

“Particularly given the intense public and historical interest in an unprecedented search of a former President’s residence, the Government has not yet shown that these administrative concerns are sufficient to justify sealing,” he wrote.