President Joe Biden, NASA and Deadpool are just some of the big names who have been posting one-word tweets in lower case, as part of a bizarre new trend.

It started when the account for US train company Amtrak accidentally tweeted the word ‘trains’ yesterday evening at 8pm BST (3pm EDT).

This strange post went viral, racking up more than 162,000 likes and 25,000 retweets, after other Twitter users mocked the error.

Verified accounts for companies like NPR and CNET also leapt at the opportunity to take part, not wanting to miss out on an opportunity for promotion. 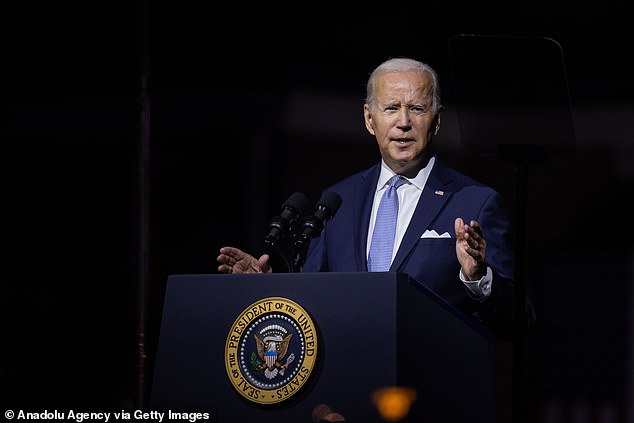 President Joe Biden, NASA and Deadpool have all been posting one-word tweets in lower case, as they are taking part in a bizarre new trend

Taking part in yesterday’s fun was President Biden, who tweeted ‘democracy’ – which Amtrak have replied to with ‘and trains’

It all started when the account for US train company Amtrak accidentally tweeted the word ‘trains’ on Thursday evening. This went viral, racking up more than 162,000 likes and 25,000 retweets, after other Twitter users mocked the error

While Amtrak has yet to explain its cryptic tweet, it has been busy responding to other companies who have been making fun of it.

At 2pm BST (9am EDT), the train company doubled down on their mistake by tweeting: ‘yesterday was weird. anyway it’s still trains.’

Taking part in yesterday’s fun was President Biden, who tweeted ‘democracy’ – which Amtrak have replied to with ‘and trains’.

The Washington Post tweeted ‘news’, while US space agency NASA went with ‘universe’, putting its own spin on the trend.

Perhaps struggling for a way to join in, the verified account for the fictional Marvel character Deadpool went with ‘deadpool’, which has since garnered over 203,000 likes.

Indian cricketing legend Sachin Tendulkar may have baffled a few of his 37.7 million followers when he tweeted the word ‘cricket’ with no explanation.

If Amtrak’s original tweet really was an error, and not a clever marketing ploy, it may have benefited from the ‘Edit’ button Twitter has announced is being tested. 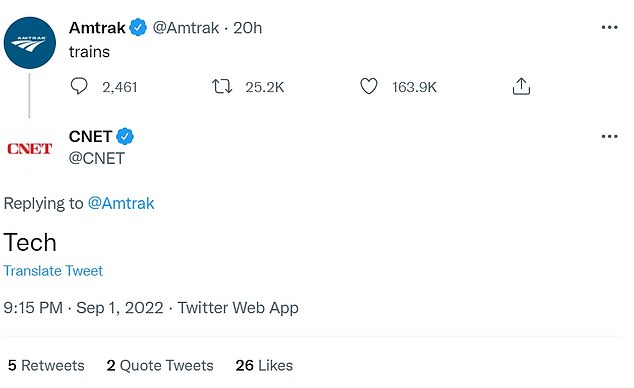 Verified accounts for companies like NASA, NPR and CNET also leapt at the opportunity to take part, not wanting to miss out on an opportunity for promotion

The social media platform has begun internal testing, and will soon expand the test to some users of its Twitter Blue subscription service.

The company revealed early this year that it was working on a tool to allow users to edit tweets after they are posted, which is ‘our most requested feature to date’.

The firm said tweets will be able to be edited ‘a few times’ in a 30-minute window immediately after they are published, and edited tweets will appear with an icon, timestamp and label to make it clear the original post has been modified.

Users will be able to click to see a tweet’s edit history, which will show past versions. 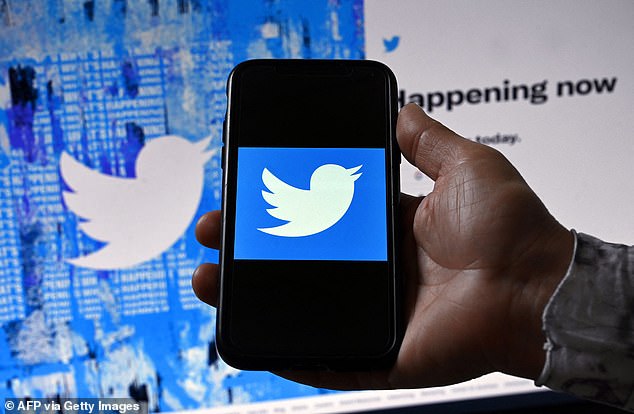 Twitter’s new edit button could be used to scam users with links to fraudulent websites, some experts fear, following the announcement of the new feature this week

An ex-Twitter employee has blasted the platform for an alleged litany of poor practices, inefficiencies and lies that could risk personal data and even US security.

Peiter ‘Mudge’ Zatko, the social media firm’s former head of security, has said that Twitter’s board has been covering up ‘extreme’ and ‘egregious’ deficiencies.

These include refusing to cull the platform of bots, not deleting user data when it should, and misleading the Federal Trade Commission (FTC).

The issue of Twitter’s bots has become central to billionaire Elon Musk’s now stalled takeover of the platform, which is heading for trial in the US in October.

Twitter is looking to force through the £37.4 billion deal after Musk backed out, claiming that Twitter had been misleading about the number fake accounts.

Tennis fans accuse Nick Kyrgios of disrespecting Roger Federer, but are they missing a key detail?

I moved out of my home due to damp: Can British Gas charge me £5k in energy bills?