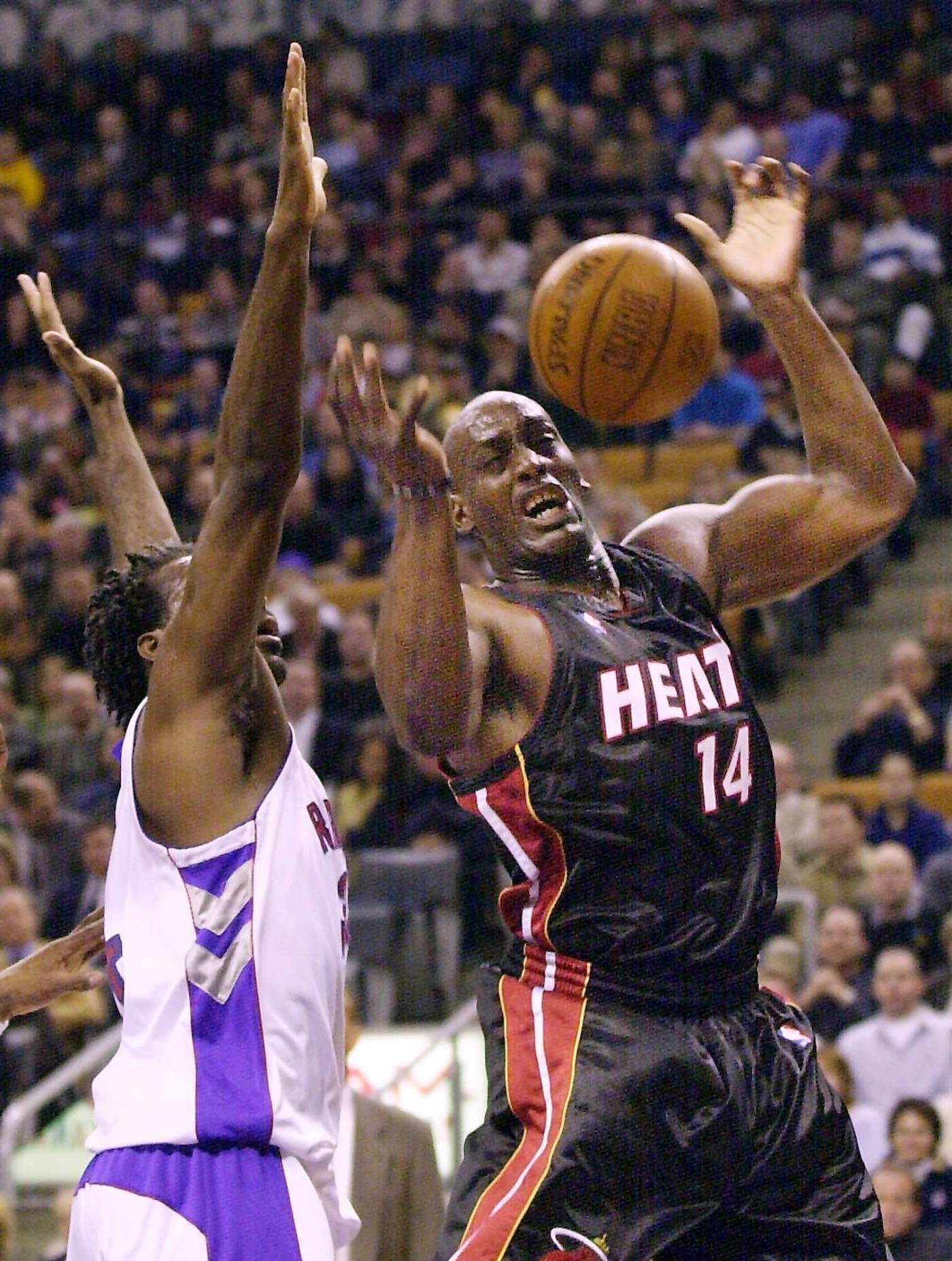 With 2022-23 marking the Miami Heat’s 35th season, the Sun Sentinel is unveiling a series of “5 at 35″ reflections from staff writer Ira Winderman, who has covered the entirety of the franchise’s 3 1/2 decades.

After opening the series with a look at the five greatest games in the team’s history, five franchise-altering moments, the team’s biggest celebrity fans, five of the biggest personalities over the years, five notable Heat Lifers and rivalries that have defined the franchise, we began our position-by-position breakdown with the top five shooting guards, point guards and small forwards since the franchise’s 1988 inception, moving today to power forward.

Of the positions address to this stage, this has arguably the most complex debate for the top spot.

1. Chris Bosh. The theme at the top of each of these positional lists has been the Big Three era, which only makes sense, considering the four visits to the NBA Finals and championships in 2012 and ‘13.

And yet an argument could be made that Bosh also deserves a spot on the list of all-time best Heat centers for his willingness to do whatever is necessary.

And yet, while you can never go wrong having a Hall of Famer at the top of any positional list, there also is something to be said for perseverance, which is why there almost should be be 1A when it comes to . . .

2. Udonis Haslem. Yes, the last few seasons have mostly been as mentor for the team’s all-time rebounding leader, but getting to 20 seasons with the same franchise says just how much a player means to that franchise.

At times, it feels as if Haslem has been present for all three-plus of the franchise’s decades. As it is, he has been a presence since 2003, the captain going from a championship contributor alongside Shaquille O’Neal, LeBron James, Dwyane Wade and Chris Bosh to a beacon for the team’s next generation.

3. P.J. Brown. Has there ever been a more quintessential moment from a Pat Riley power forward — with all due respect to Kurt Rambis’ Lakers efforts against the Celtics — than in 1997 when Brown sent Charlie Ward flying into the stands in what stands as the flashpoint of the Heat-Knicks rivalry?

Alonzo Mourning had no better body guard at power forward, including Larry Johnson in Charlotte.

An argument could be made that Brown was Haslem before Haslem was Haslem.

4. Grant Long. It could be argued that even with Rony Seikaly arriving in the 1988 first round as the franchise’s first draft pick, and with several known veterans added in that expansion draft (Pearl Washington, Pat Cummings, Scott Hastings), it was Long who stood as the initial face of the franchise.

Setting the tone for those who followed, such as Brown and Haslem, Long’s relentless hustle embodied what the team initially sold to South Florida.

5. Anthony Mason. The tenure lasted only the 2000-01 season, but what a season it was, with Mason stepping into the power rotation after Mourning was sidelined by kidney illness.

Considered a throw-in to the trade that landed Eddie Jones, Mason emerged as a 2001 All-Star starter, part of an unlikely lineup that produced a 50-win season.

He cashed in from there with a free-agent contract with the Bucks, but still merits a spot on this list, even with cases that instead could be made for P.J. Tucker, Jae Crowder, Shawn Marion, Kurt Thomas, James Johnson, Luol Deng, John Salley and Terry Davis, among others.

Up next: We conclude our positional evaluations, with the top centers over the years, as the franchise turns 35.