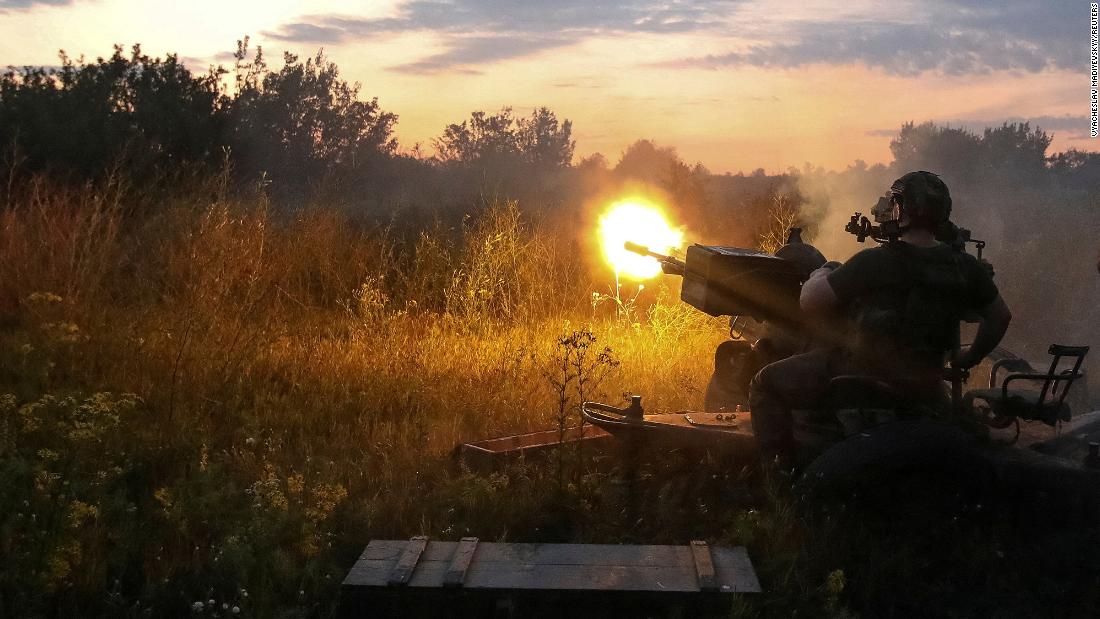 Ukraine is considering shutting down the Zaporizhzhia nuclear power plant, according to a top nuclear inspector, while officials say troops are looking to retake Kherson by the end of the year.

These are Wednesday’s latest developments in the war:

Zaporizhzhia nuclear power plant: Ukraine is considering shutting down the Zaporizhzhia plant — the largest in Europe — due to the deteriorating security situation, according to the country’s chief state inspector for nuclear and radiation safety.

Russia and Ukraine continue to blame each other for shelling at and around the plant after the International Atomic Energy Agency said in a report yesterday that it was “gravely concerned” about the situation on the ground.

Ukraine sets its sights on Kherson: The last week has seen the most ambitious ground assaults by the Ukrainians since the beginning of Russia’s invasion, and both US and Ukrainian officials said that Ukrainian forces aim to take back most of the southern Russian-occupied region of Kherson by the end of 2022. 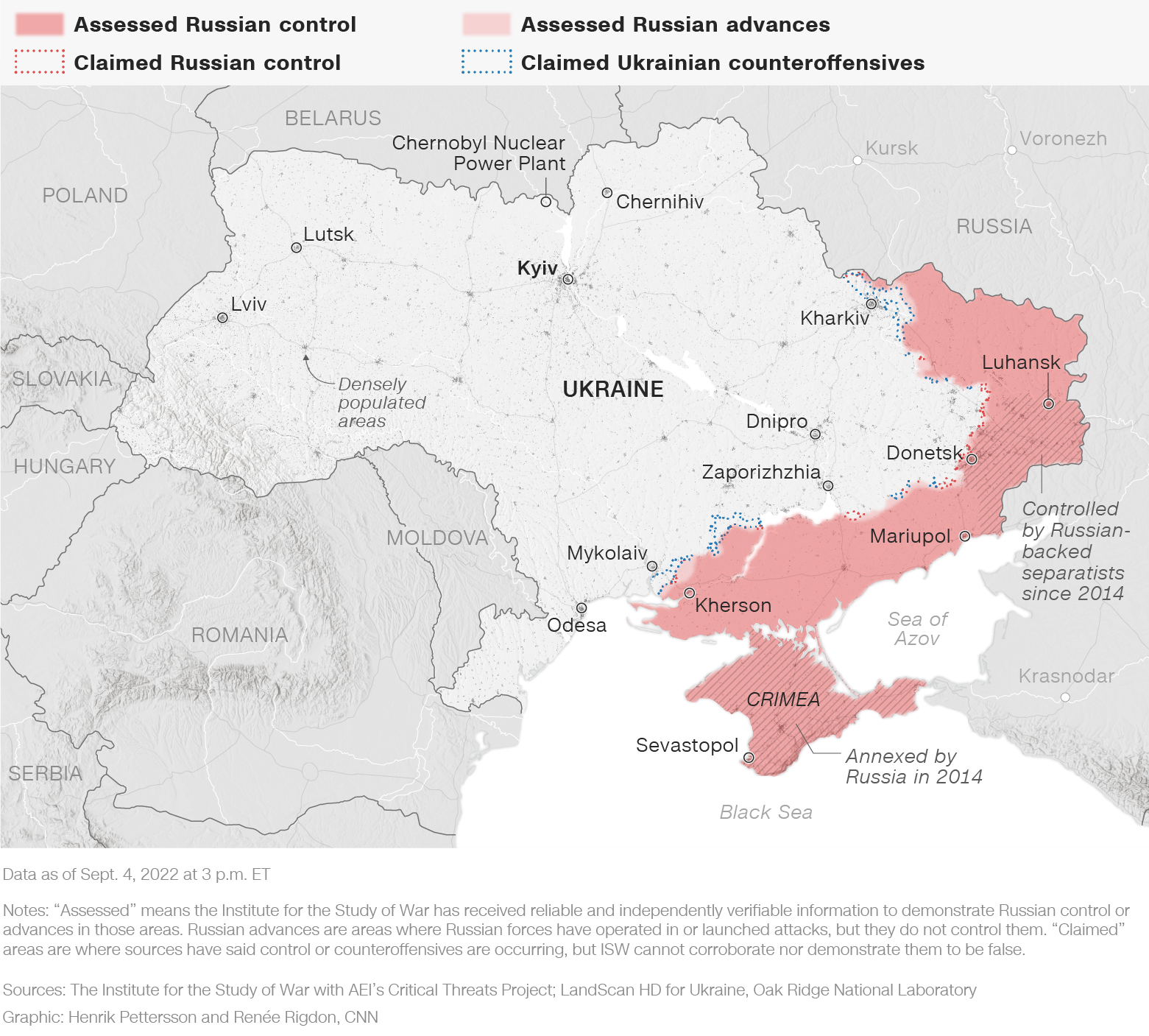 Proposal to reduce electricity: European Commission President Ursula von der Leyen made a series of proposals, including a “mandatory target for reducing electricity use at peak hours.”

The proposals were introduced with the goal of helping European citizens deal with rising energy costs as Russia’s actions in “actively manipulating the gas market” and the effects of climate change cause prices to surge.

US analyzing long-term support: The Pentagon is preparing detailed analysis and working out how to support Ukraine’s military in the medium- and long-term, including after the war with Russia has ended, according to three defense officials. The US has provided billions of dollars in military aid to Ukraine since Russia invaded in February.

CNN has geolocated videos showing Ukrainian forces on the outskirts of Balakliya. There are indications fighting is ongoing in the area.

Putin makes claims on grain and war gains: Russian President Vladimir Putin claimed that Russia has “lost nothing” in its invasion of Ukraine in a speech on Wednesday. But based on downgraded intelligence, the US believes that Russia is facing “severe” shortages of military personnel in Ukraine.

He also used misleading figures to claim that low- and middle-income countries are receiving a fraction of the Ukrainian grain exports they were expecting under the landmark UN-brokered Black Sea Grain Initiative. In a statement to CNN, the United Nations said that under the Black Seas Initiative, roughly 30% of “grains and other foodstuffs” have made it to low- and lower-middle-income countries, or roughly 700,000 metric tons.