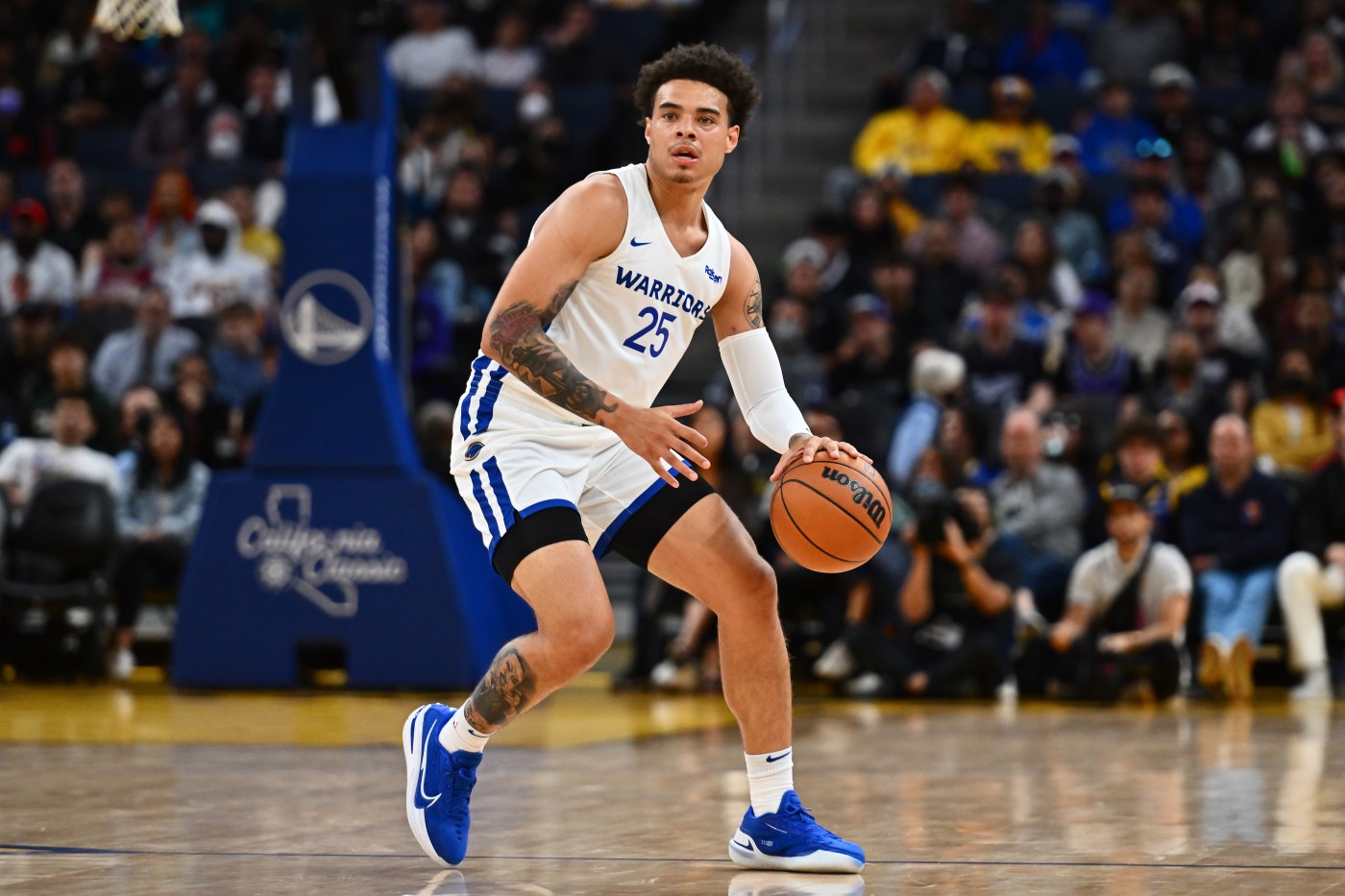 SAN FRANCISCO — A former Memphis star led the Warriors in scoring Sunday evening in their 100-77 loss to the Lakers at Chase Center.

And no, it wasn’t James Wiseman.

Lester Quiñones, a good friend and former teammate of the former No. 2 overall pick, shined in his second Summer League showing for the Warriors, scoring a team-high 19 points on 6-of-13 shooting. His first of three 3-pointers came in the third quarter after Moses Moody, who made his 2022 Summer League debut Sunday, kicked out the ball to him.

Undrafted out of Memphis, Quiñones signed a two-way contract with the Warriors on draft night. One of his first calls after inking the deal was to Wiseman.

“Our relationship has always been close [during] his two years here,” Quiñones said. “I’m super excited for his Year 3.”

Quiñones is hopeful he’ll be able to play with Wiseman this summer, though when that might be remains unclear. Wiseman is still working his way back from a knee injury that sidelined him for the entire 2021-22 campaign and isn’t expected to play until the latter part of the Las Vegas portion of Summer League.

In other news, Moses’ 2022 California Classic debut hit a speedbump in the first quarter when he exited the game with a cut above his left eye. He returned in the second quarter after receiving two stitches and a bandage and finished with nine points on a dismal 3-of-11 shooting. He also had five turnovers but added two blocks and three assists in 24 minutes.

After stealing the show in his Summer League debut Saturday with a 23-point performance, Gui Santos, the No. 55 pick in last month’s draft, struggled in his second game. Santo finished with seven points on 3-of-7 shooting in 24 minutes.

This is a developing story. Check back for updates.</i.