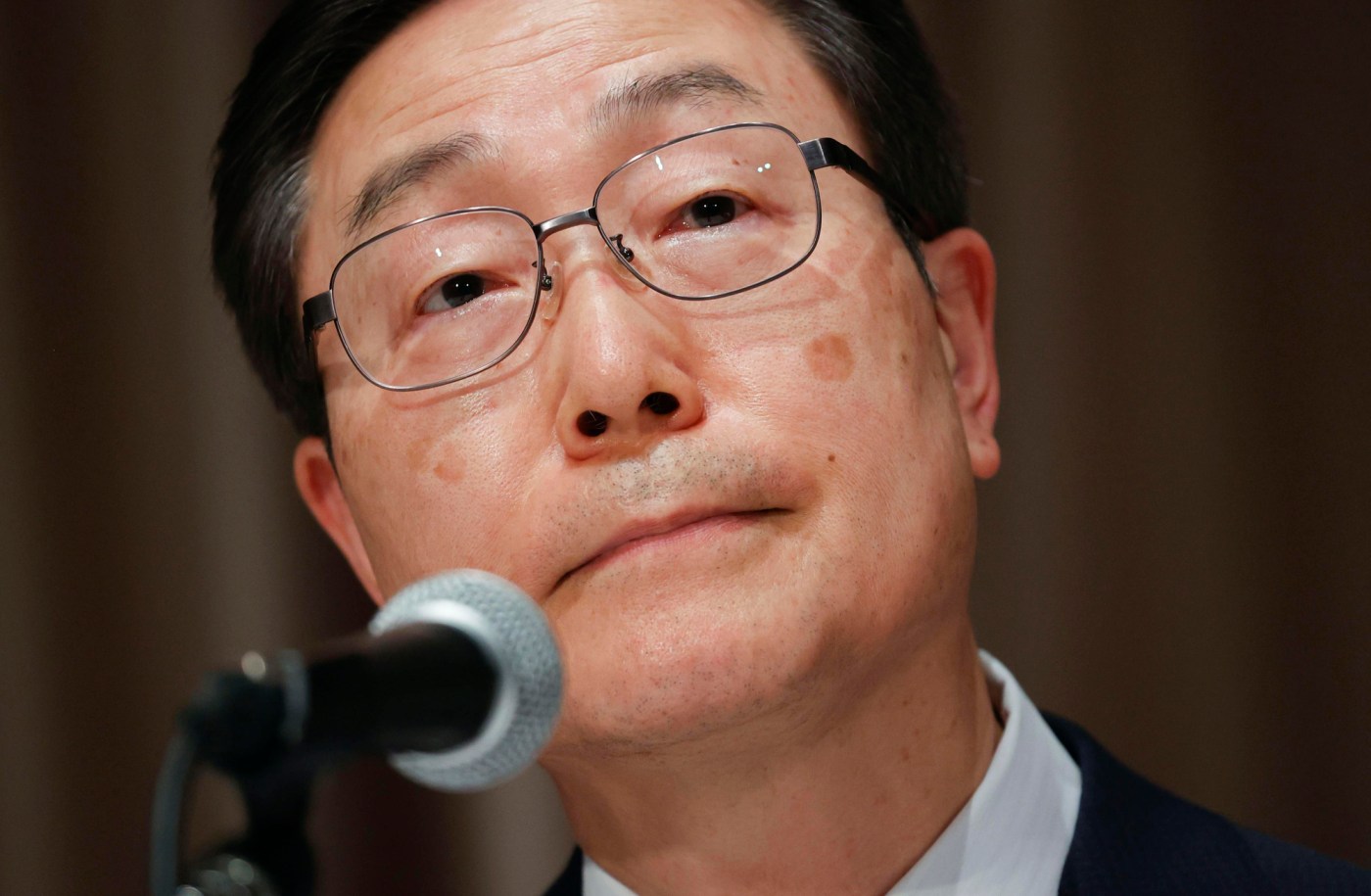 TOKYO — The Unification Church acknowledged Monday that the mother of the man accused of assassinating former Japanese Prime Minister Shinzo Abe is a member, but that an investigation is ongoing into media speculation that her donations may have angered her son and led to the killing.

Police have said the suspect, Tetsuya Yamagami, told investigators he wanted to kill Abe because of his rumored connection to an organization he resented, which police did not identify. Japanese media reports said it was a religious group, and cited large donations by his mother and his anger over her subsequent bankruptcy as a possible motive.

Tomihiro Tanaka, head of the Unification Church’s Japan branch, acknowledged at a news conference that she was a member, but declined to comment on the specifics of her donations, saying a police investigation is underway. Speaking in generalities, he confirmed some people had made generous donations, but stressed none was forced.

The church is also known as the Family Federation for World Peace and Unification, founded in South Korea by the late Sun Myung Moon.

Tanaka brushed off the media reports as speculation, stressing the motive was still unclear.

“Trying to understand how such hatred may have possibly led to the killing is totally perplexing,” Tanaka said.

Abe was not a church member, but may have spoken at some events held by affiliated groups, Tanaka said.

Abe was fatally shot last Friday in Nara in western Japan while campaigning for Sunday’s parliamentary elections. Video and photos taken by people in the crowd show the suspect pulling out a homemade gun. Two smoke-filled blasts were fired. Abe collapsed and was later declared dead at a hospital.

“This is something that should never have happened, and I feel a deep outrage,” Tanaka said, bowing deeply. “My heart aches that Japan has lost a loved and respected leader.”

Such bows are part of Japanese protocol to express condolences and do not necessarily signify admission of guilt.

Tanaka said Yamagami’s mother joined the church in the late 1990s and has been participating in church events about once a month lately. There were years in between during which she did not come at all, he said.

Although the church has had scandals related to donations, compliance measures were set up in 2009, and there have not been any major troubles since then, Tanaka said.

“The amount of donations is up to each individual,” he said. “We are grateful to those who give large donations, but nothing is required.”

The news conference started with Tanaka bowing in a solemn moment of prayer. “As a religious leader, I take this extremely seriously,” Tanaka said of Abe’s assassination.

Yamagami is under custody and not available for comment.

The Unification Church has been embroiled in controversies over the years. Since its founding in 1954, Moon built a business empire with hundreds of ventures in more than a half dozen countries, from hospitals and universities to newspapers and a ballet troupe.

In Japan, famous actresses have joined the church, while politicians courted friendly ties because of the church’s influence. The Japan branch was founded in 1959. Church spokesperson Ahn Ho-yeul said the church has 300,000 believers in Japan and 150,000-200,000 in South Korea.

The church’s beliefs are based on the idea that love in marriage and family is what God wants for world peace and harmony.

The majority of Japanese people adhere to a mix of Shinto and Buddhism.
___
Yuri Kageyama is on Twitter: https://twitter.com/yurikageyama