Tennis fans around the world have condemned United States Tennis Association (USTA) president Michael McNulty following the US Open final for celebrating raising $2million for Ukraine relief while completely ignoring the anniversary of 9/11.

It came after the big three of Roger Federer [injury], Rafael Nadal [early exit] and Novak Djokovic [vaccination status] were all absent from the finals at Flushing Meadows. 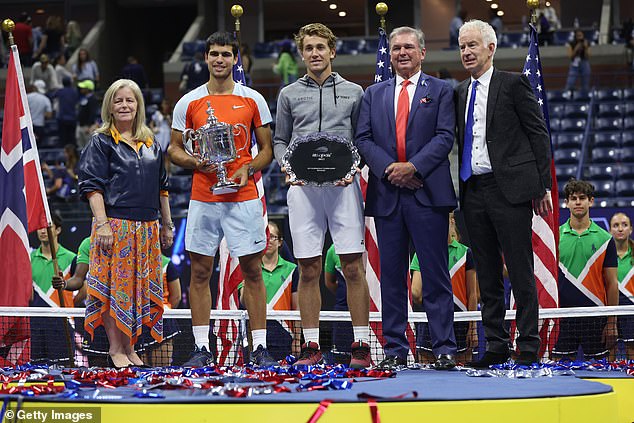 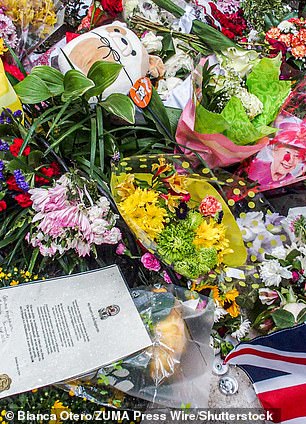 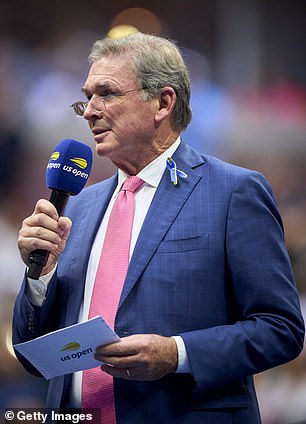 The final was held on September 11, the anniversary of the shocking 2001 airline hijackings and suicide attacks on New York and Washington that claimed almost 3000 lives.

Over $2 million of aid was raised for relief for victims of the Russian war on Ukraine throughout the three weeks of the 2022 US Open.

Phenomenal US Open finals. Both Ruud of Norway and Alcaraz from Spain paid tribute to the victims and the families of 9/11. Class acts! Yet the Chairman and President of the US Tennis Federation didn’t say a word! Time for a new head of US Tennis. Pathetic!!!!

While McNulty was quick to celebrate the new champions of tennis and the fundraising efforts, many have been left bitterly disappointed that he failed to mention the anniversary of 9/11 at all despite the event being held in the New York Borough of Queens.

‘Thank you and congratulations Carlos and Casper, what a match,’ he said.

‘The determination, the mental toughness, the athleticism, I think I speak for all of the fans here, what a performance.

‘So the performance tonight is the culmination of a spectacular three week US Open.

‘But before we celebrate the players’ success I want to take a minute to extend our thoughts and our prayers to the people of Ukraine.

‘For a swift end to this unprovoked war on their nation.

‘I’m proud to announce that during the US Open we raised $2 million for the Ukrainian relief.

Leading US orthopaedic surgeon and former special advisor/medical consultant to the President’s Council Nicholas DiNubile led the criticism, calling it ‘shameful’ that 9/11 was not mentioned.

‘How does the chairman and president of the USTA mention Ukraine and NOT the fact that it’s 911??? Shame on you Michael McNulty,’ Rich Rosenblum tweeted.

‘The fact the US Open chairman didn’t mention 9/11 is sad. I’m glad Ruud did. Why is it okay to erase history?’ a Twitter user named Derek added. 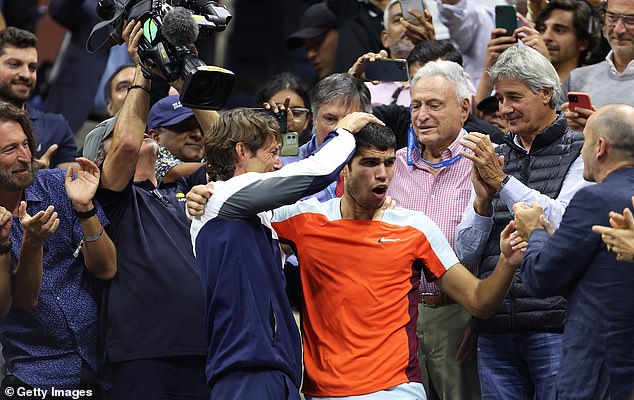 McNulty then went on to thank the fans and US tennis champion Arthur Ashe who rose from segregation to become the first African-American male to win the US Open in 1968.

‘But you know it is only fitting that we undertook this effort as we celebrate the humanitarian and the champion that this stadium is named after, the great Arthur Ashe.

‘For the last three weeks we have ushered in the next generation of champions and we expect to see a lot of both of you over the many years.

Shame on @usta head honcho Mike McNulty for using the US Open award ceremony as a platform for a political speech on Ukraine. And why — if he was going to talk about stuff outside tennis — couldn’t he get himswlf to say anything about 9/11? What a total disgrace.

‘But this will be remembered as our most spectacular US Open and we couldn’t have done it without the world’s greatest fans.

‘So congratulations and thank you all very much.’

He then handed over the microphone to muted applause as stunned tennis fans realised he had not taken the time to honour – or even mention – the fatal 9/11 attacks.

Both Alcaraz and Ruud did take the time to honour the anniversary of 9/11 with Ruud saying: ‘I send my prayers to everyone who lost their lives on this tragic day. My heart and thoughts go out to everyone to lost someone close, a relative or someone they loved so, something we never forget.’