An American tourist toppled two ancient Roman busts in the Vatican Museums on Wednesday, causing moderate damage to the art when he was told he couldn’t meet with Pope Francis.

A museum source, who spoke on condition of anonymity because he was not authorized to discuss an ongoing investigation, said the man had ‘behaved strangely,’ and has now been handed over to Italian authorities and charged.

The man, 65-year-old American born in Egypt according to local media, reportedly hurled himself into a bust when he was told he couldn’t see Pope Francis, and ran into another one when he tried to flee from museum security.

He knocked the two busts off their pedestals in the museums’ Chiaramonti hall, which houses more than 1,000 pieces and is one of the most important collections of Roman portrait busts. 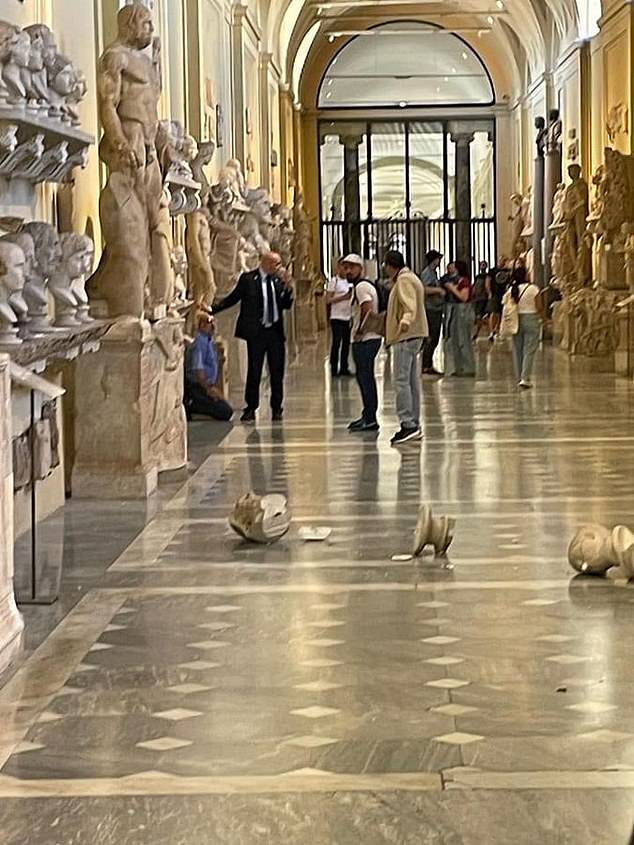 An American tourist toppled over two 2,000-year-old pieces of art when he was refused a meeting with Pope Francis, and one witness claimed he was acting ‘strangely’ 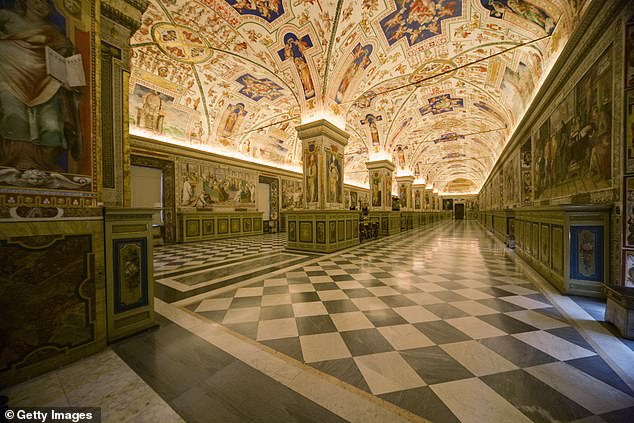 The incident reportedly occurred in the museums’ Chiaramonti hall, which houses more than 1,000 pieces 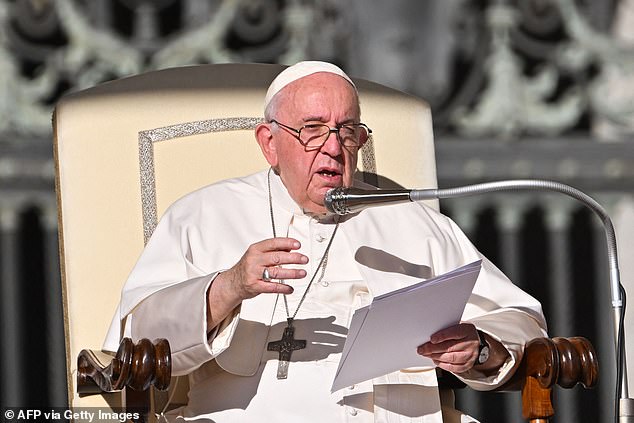 The man, who is reportedly in his 50’s, knocked the statues over when he was denied a meeting with Pope Francis and attempted to flee security guards

‘The busts were affixed to shelves with a nail but if you pull them down with force, they will come off,’ Matteo Alessandrini, a spokesman for the Vatican Museums, told CNN.

‘The 2 busts have been damaged but not particularly badly. One lost part of a nose and an ear, the head of the other came off the pedestal,’ said Alessandrini.

Museum staff restrained the man and Vatican police arrived a few minutes later to arrest him.

The two busts were damaged but not severely, said Alessandrini, who claimed the pieces are fixable but may take 300 hours of restoration and approximately $15,000.

‘The scare was bigger than the actual damage,’ he added.

Pictures taken by visitors and posted on social media showed the two broken busts lying on the marble floor. A source reportedly said the two pieces are not major works of art but are around 2,000 years old.

After having to shut down or reduce opening hours during years of COVID restrictions, the museums are now welcoming back tourists en masse. The museums received some six million visitors a year before the pandemic.

The most notorious assault on artwork in the Vatican was in 1972 when a Hungarian man jumped over a side altar in St. Peter’s Basilica and attacked Michelangelo’s Pieta with a sledgehammer. He knocked off the Madonna’s left arm and chipped her nose and veil.

That Renaissance masterpiece is now behind bulletproof glass.