Warriors young core could be ‘new version’ of Curry, Thompson and Green 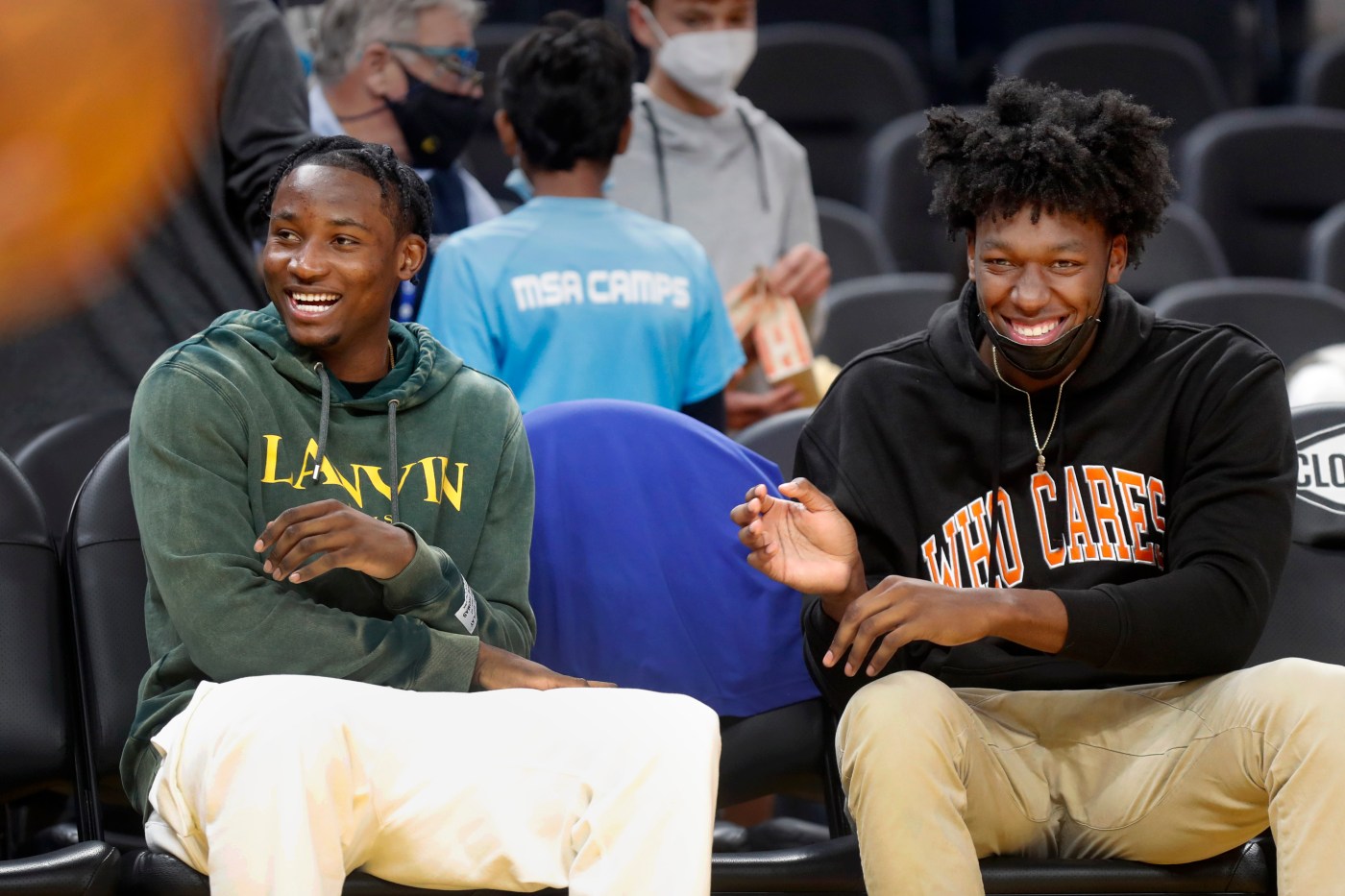 LAS VEGAS — Though the Warriors’ aging dynastic core was able to deliver yet another title to the Bay Area, Golden State is still looking toward building a sustainable pool of talent for the future.

That forward outlook started with the 2019 draft and continues now in Summer League.

The Warriors have a growing group of young players under the legal drinking age that are projected to take over the reins from Stephen Curry, Klay Thompson and Draymond Green when the time comes. And Tuesday could be the first opportunity the Warriors brass has a chance to see their future foundational trio in action.

After missing Sunday’s game due to dehydration, Moses Moody is expected to join James Wiseman and Jonathan Kuminga for the Warriors’ game against the Celtics.

“It’s almost a Steph, Klay, Draymond new version with those three guys,” Warriors assistant coach Jama Mahlalela said. “So it’s exciting to see what those three guys will look like.”

Before fans get too excited about the bold comparison, Mahlalela noted that the comparison was more so about the trio of stars than the actual accomplishments.

“The potential accomplishments is real,” Mahlalela added. “And I think if we look at our Warriors’ future, those three guys are at the core of it. So how they develop and grow and again, build chemistry is important. And we’ll see what the upside will be, we’ll see how good those guys can be, only time will tell.”

Wiseman is on a minutes restriction, but he’s been finally cleared to play after months of sitting out due to a nagging knee injury. Though Moody was sidelined, Wiseman and Kuminga impressed in Sunday’s game from the opening tip.

On the Warriors’ first possession, a driving Kuminga lobbed the ball to a soaring Wiseman, who slammed it through the hoop with authority. It was an overall up-and-down showing for Wiseman, which is to be expected after he missed 15 months because of various setbacks after tearing his meniscus in his right knee in April 2021. Kuminga also struggled in his first Summer League game but bounced back in his second. The two combined for 37 of the Warriors’ 86 points Sunday.

Overall, Mahlalela liked what he saw.

“JK and Wise did a great job yesterday,” Mahlalela said. “We felt like there was some chemistry between them. We put them in some situations where JK was the handler and Wiseman comes and sets screens, the first play of the game, and I think they kind of work well together.

“Add Moses and his versatility, his shooting. I think it’s a really exciting thing for the coaches. But it’s a lot about reps and repetition and learning how to play with each other and that’s what the summer is for.”

It’ll take time for Moody, Wiseman and Kuminga to learn the nuances of playing alongside one another. But with Curry showing no signs of slowing down at 34 as he’s leading the charge of keeping the Warriors’ championship window open, those three, as well as the other young players who will be added into the equation this season, have ample opportunities to build chemistry.

“That’s why those first three names I mentioned are so good. They know where each are. Steph knows where Klay is without even looking,” Mahlalela said. “We need to get JK and Mo to be in the same spot where they feel each other’s movements on the floor and know how they like to play. And I think that’s going to be an important part of the next two or three years obviously for Warriors basketball history.”