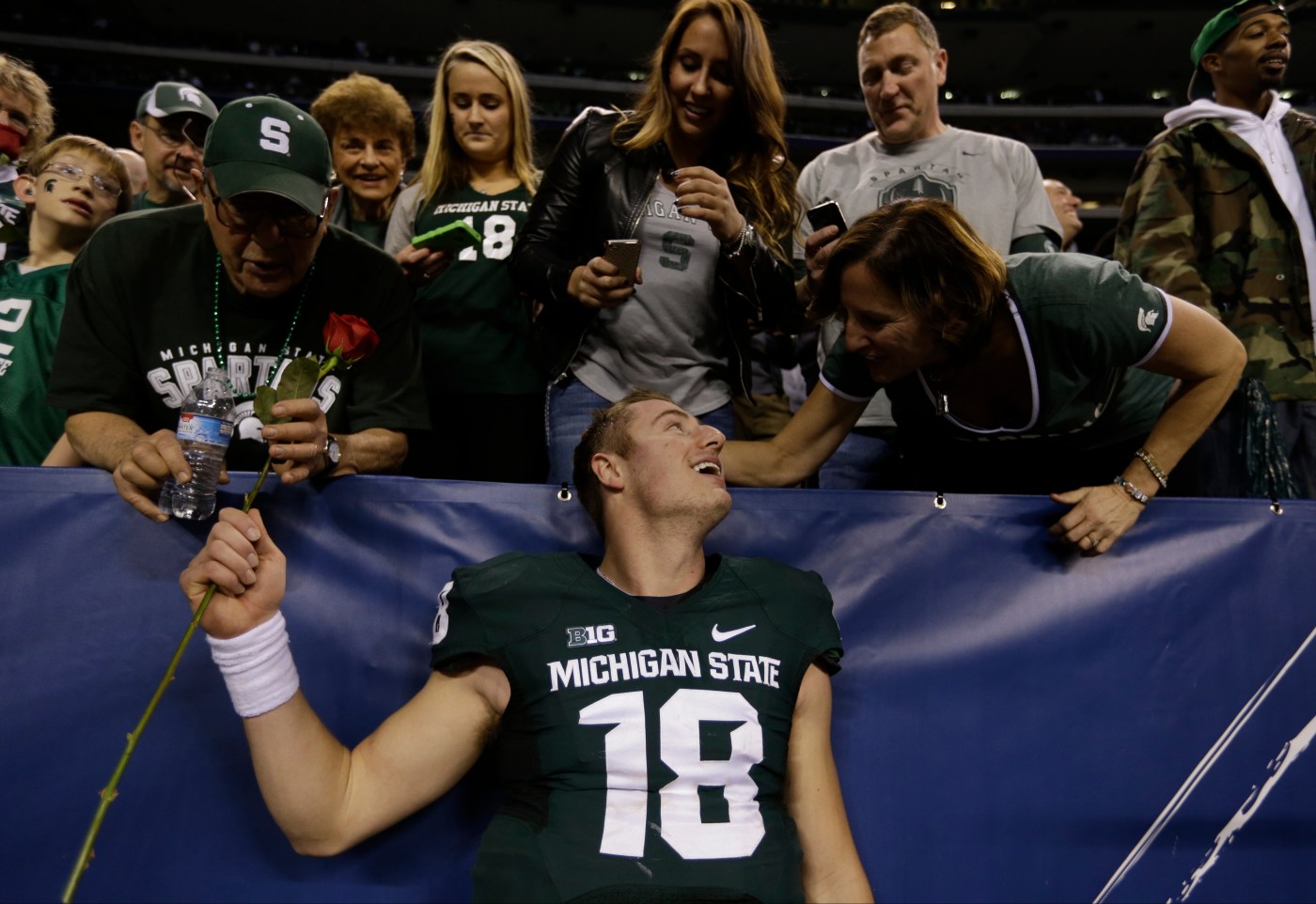 Michigan State coach Mel Tucker said he was concerned enough about this weekend’s trip to Seattle for the showdown at Washington that his staff “talked to some experts” about the impact of traveling west.

We could have saved him the time: It’s a long way.

The flight from East Lansing to Seattle will cover almost 2,000 miles and take about four-and-a-half hours.

A review of recent Big Ten history on the West Coast should give Tucker additional reason to worry.

The Hotline examined every Big Ten vs. Pac-12 matchup this century and filtered for the circumstances MSU will face on Saturday: regular-season games played in the Pacific Time Zone.

Dating to the 2000 season, the Pac-12 has a 26-10 record in head-to-head matchups against Big Ten opponents in Arizona, California, Oregon and Washington.

Dig one more layer, and the disparity becomes more extreme: Big Ten teams are 2-9 in regular-season games at Washington and Oregon.

Michigan State’s specific history is no better. The Spartans are 0-3 on the West Coast during the regular season since 2000, with losses to Cal, Oregon and Arizona State.

Utah’s Cameron Rising was 19-of-32 for 153 yards and three touchdowns last year in relief against San Diego State, although the performance was a tad late to rescue the Utes from a 33-31 loss.

In addition, Colorado’s Brendon Lewis started against Minnesota last year as a freshman — and fared poorly — but the Buffaloes haven’t announced their starter. (They could pick JT Shrout.)

The Pac-12 has a 16-6 record against other leagues through two weeks, with 11 games on the schedule for Saturday and three more later in the season.

The Pac-12 produced five perfect non-conference records in 2019, when it sent seven teams to bowl games.

Week Three marks the pinnacle of over-the-air television exposure for the conference, with four games across three broadcast networks.

At the other end of the visibility spectrum, there are four games on the Pac-12 Networks at three-hour intervals starting at 11 a.m. with UCLA-South Alabama and concluding at 8 p.m. with Arizona-North Dakota State.

Nuggets that caught our eye …

— Utah scored 73 points last week against Southern Utah while Oregon plastered Eastern Washington for 70, marking the first time since 1925 that two Pac-12 teams scored at least 70 points in the same weekend, according to the conference.

— Oregon State hosts Montana State on Saturday at Providence Park in Portland, the Beavers’ first game in Rip City since 1986.

— USC is 35-1-1 all-time against Mountain West teams, the lone loss coming to Fresno State in the 1992 Freedom Bowl.

— With a victory over Colorado State this weekend, Jake Dickert would become the first Washington State coach to start 3-0 in his rookie year since Mike Price in 1989. Price reached 4-0 before a one-point loss to USC.

— The Pac-12’s leading rusher through two weeks is Arizona State’s X Valladay, a transfer from Wyoming who has 234 yards; that’s good for 10th nationally.