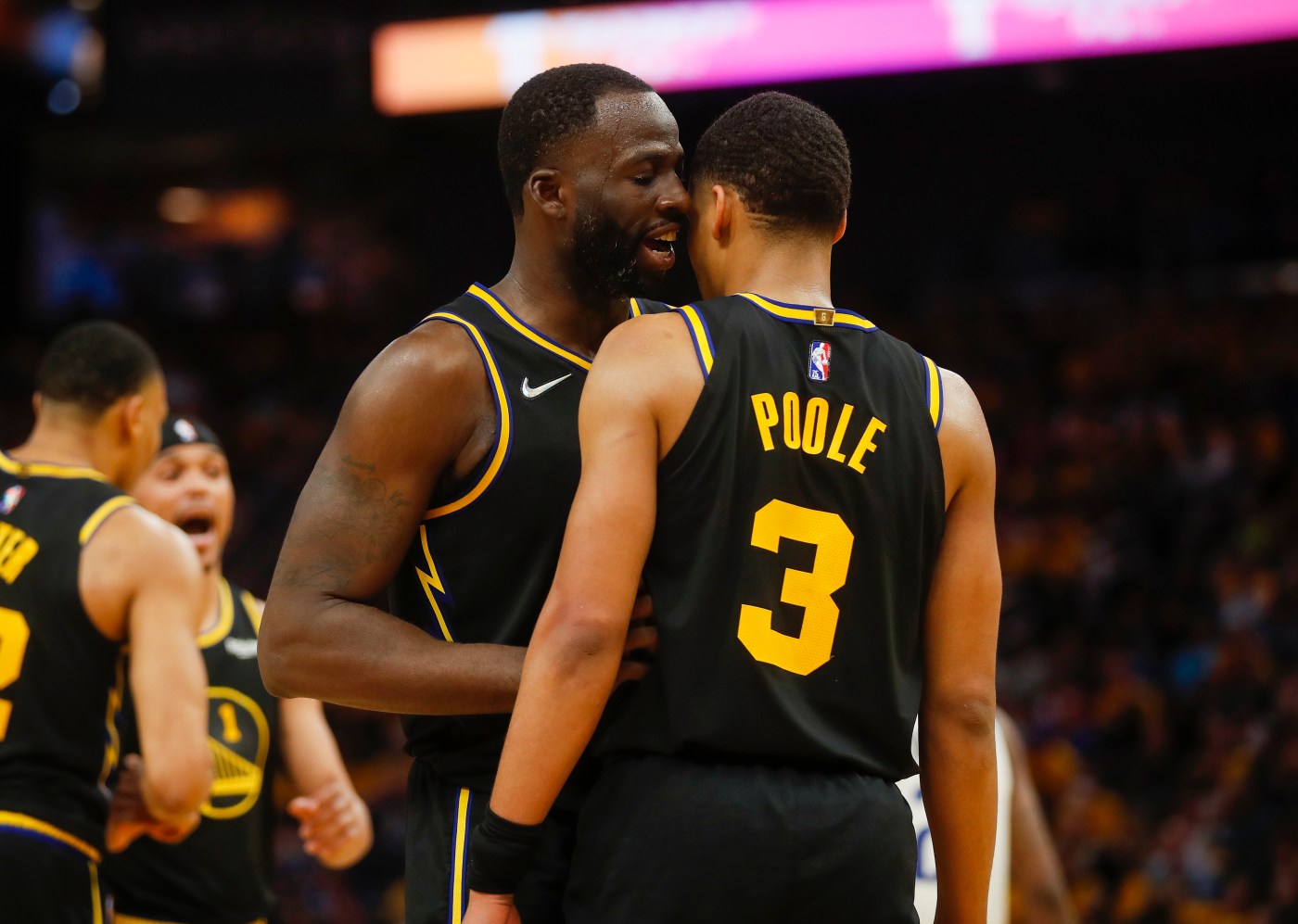 Offense versus defense. Millennial versus Gen-Z. Hot-tempered versus cold-blooded. Michigan State versus Michigan. Cats versus dogs.

Draymond Green and Jordan Poole are opposites in so many ways.

Green losing his temper isn’t justified — he was 100 percent in the wrong and apologized to his team for it. He’ll justly be suspended for it.

But after the Warriors’ organization gleefully touted their “two-timelines” plan working last season after winning the title, it was probably time for a negative byproduct.

It’s easy to say this is classic palace intrigue. The old school will always fight for power with the new school, and vice versa.

And on the Warriors, both of those camps have fiery tributes.

But we all know what this altercation was really about: Money — the true source of power in this professional game.

The veterans versus the kids — Green versus Poole — wouldn’t have reached this point if there was enough cash for everyone on the Dubs to be paid their market worth.

Remember: Both Green and Poole are due new contracts. Only one — Poole — has a chance of getting it before the start of the season.

The Warriors have too many good players and not enough money to give to them all — even as the team print cash at the giant ATM that is the Chase Center. Thank the NBA’s luxury tax.

So at some point, the Warriors will have to choose between the new school and the old school.

Green feels threatened. How couldn’t he? They’re going to build a statue of him outside the building he helped construct, and now he has to wait for a contract extension? He might not be able to see this thing until the end because the Warriors have to play this brash kid?

And Poole, justly, has no sympathy for that. He was playing in the G-League bubble not long ago. He was written off as a bust — a never-will-be. Still, he earned his place as one of the NBA’s best young players. He remained true to himself throughout it all and is justly poised to reap the financial benefits.

And when you break down the money and the NBA marketplace, the Warriors will probably have to choose between the aging but integral Green and the ascending but not-yet-ready-to-lead Poole.

The chances of that choice happening increased on Thursday, but both the two players and the organization knew that was likely to happen long before that.

Now, I don’t think this practice blow-up will do anything to diminish the Warriors’ title chances this season. I don’t see this as the second coming of Draymond and Durant, and we don’t know the half of Green’s practice outbursts over the years. (Though, as far as I can surmise, this is the first that came to a blow.)

The Warriors have too many good leaders — too strong an infrastructure — to let one hot-headed moment in a practice derail them.

But it’d be ridiculous to think this punch will be used as a galvanizing moment, either.

The battle between the young and the restless, the old and immortalized, will continue.

The Warriors will have to transition between the two parties at some point, but the veterans and the kids aren’t making it easy. Neither party can be held on the cheap.

It was a champagne problem when the Warriors won the title in June. Perhaps there’s champagne at the end of this season, too.

But even with the bottles of bubbly, it’s still a problem, and this one does not have a clean ending.