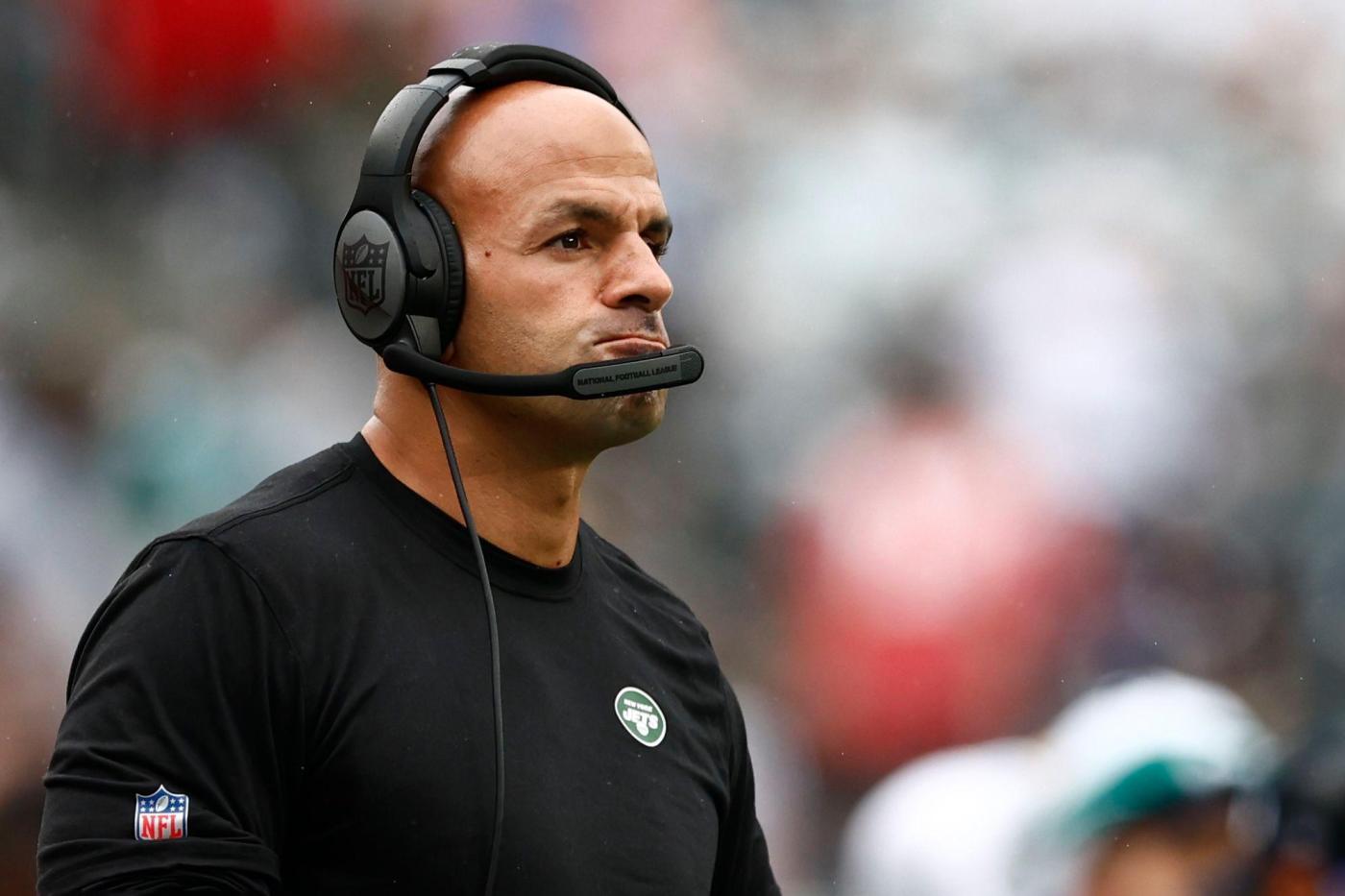 That’s what the general feeling on social media is after Gang Green’s 24-9 loss to the Baltimore Ravens Sunday afternoon.

Robert Saleh knows what fans are saying about him and the Jets as he says he can’t wait to prove them wrong.

“I know it’s going to happen,” Saleh said. “We’re all taking receipts on all the people who continually mock and say that we aren’t going to do anything.

“I’m taking receipts and I’m going to be happy to share them with all of y’all when it’s all said and done.”

Saleh has a lot of material to take down after Sunday’s game against the Ravens, as the Jets offense couldn’t get anything going until garbage time. Gang Green was kept out of the end zone until 1:04 left in the game when tight end Tyler Conklin scored on a three-yard pass.

What also didn’t help was the amount of mistakes the Jets made against the Ravens. New York threw an interception, dropped multiple passes and blew defensive coverages. Greg Zuerlein missed a field goal and extra point. Breece Hall didn’t have a great start to his rookie campaign, as he fumbled inside the red zone during the third quarter.

Despite outgaining the Ravens by 104 yards, the Jets and quarterback Joe Flacco had difficulty scoring points against the Ravens defense.

“90 percent of games in this league are lost,” Saleh said. “Yesterday, we did not get beat, we lost. They’re two totally different things.

“When you look at it, we just felt like we were the faster team. We played with a lot of speed and aggression, especially on defense. A lot of these little mistakes and a lot of things people don’t see with regards to busts, whatever it might be, you have to do right longer.

“When you get these veteran teams like Baltimore, they just did right play in and play out. They just wear you out by doing right longer and they’re just playing a smarter brand of football. That’s where we have to get and I believe if we can keep exposing our guys to that, we will get better from all these different experiences.”

REED DEDICATING SEASON TO HIS FATHER

Imagine hearing that a family member passed away moments before starting a new job in a new city.

That was the reality for Jets cornerback D.J. Reed Sunday afternoon minutes before the team kicked off against the Baltimore Ravens.

“It was hard,” Reed said. “It was just basically controlling my energy because my emotions were everywhere. But I believe in God, so for him to pass away before the game was the reason for that and he could have passed before the game started.

“I just said ok, he’s watching and I’m going to put on a show for him.”

On Wednesday, Reed found out his father was in the hospital as he was on life support. Later that week, Reed’s father was breathing on his own, but the defensive back knew his father would live much longer.

Reed found out about his father’s passing Sunday afternoon on his phone through a text. Reed was tearful during the national anthem, but he played against the Ravens.

According to Pro Football Focus, Reed recorded the second highest grade of any Jets player with a 90.3. He also had two tackles and a memorable interception.

Down in the fourth quarter 24-3, Reed intercepted Ravens quarterback Lamar Jackson and celebrated by dropping to his knees at midfield, looking up to the sky and extending his arms.

Some fans on social media and even reporters criticized Reed at the time and wondered why he would have that type of expression down 21 points in a game that was well decided.

“Honestly, I forget about the score,” Reed said. “I don’t want to say I didn’t care because I care about winning, but it was deeper than football when I got the interception.