What Jackie Robinson means to baseball and America – The Mercury News 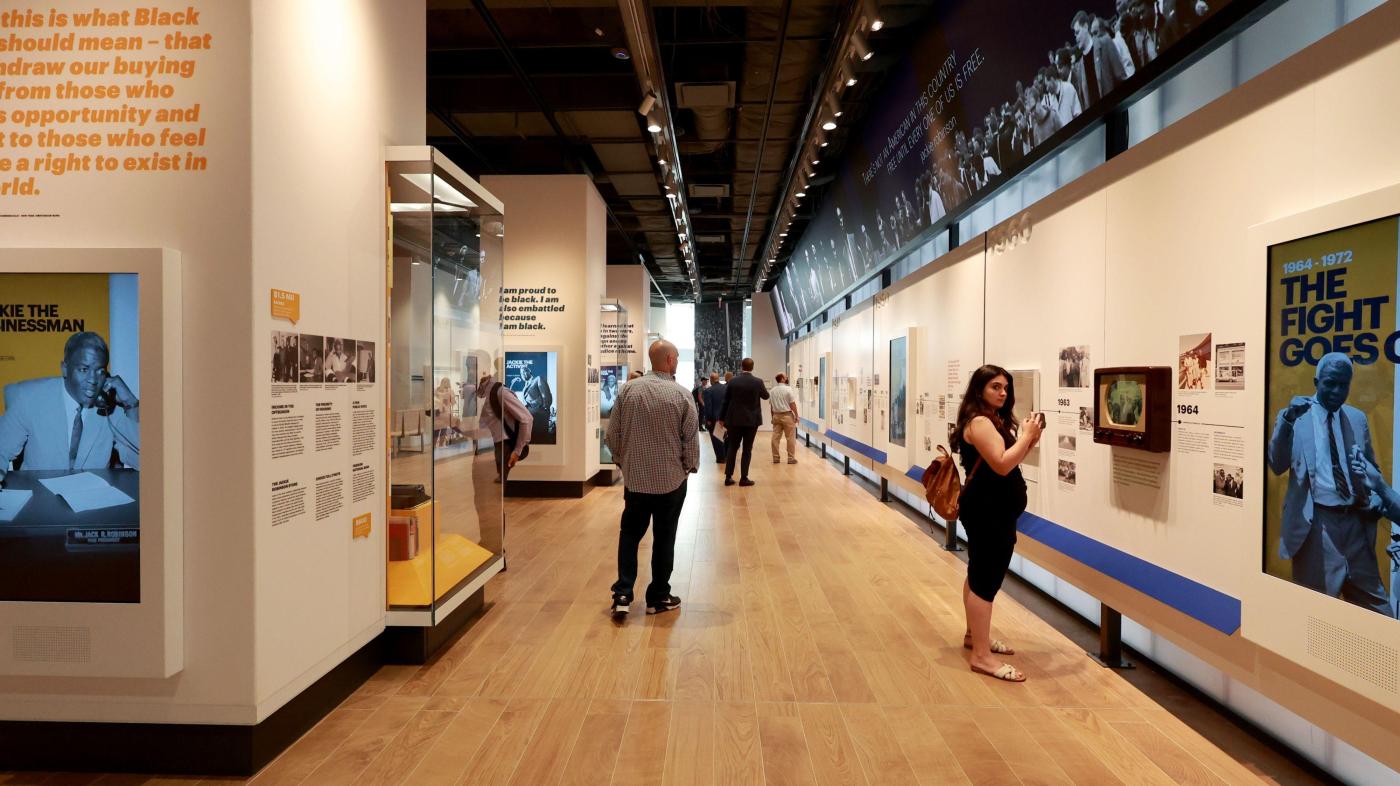 Fourteen years in the making downtown, the Jackie Robinson Museum opened its doors to friends and supporters Tuesday. Jackie’s wife Rachel, who turned 100 last week, was there, as were two of his children, now 72 and 70. Speaking of ages, it has been 75 years since No. 42 suited up for the Brooklyn Dodgers and ran across baseball’s color line — three-quarters of a century marked by remarkable gains for Black Americans in nearly every field of endeavor. The new exhibit space, with thousands of artifacts and photographs, will ensure that fading memories never understate the courage and character of the second baseman or the significance of his achievement integrating the national pastime.

Major League Baseball, is, of course, just one league, and as Kansas City Monarchs vet Robinson would attest, competition was fierce in the Negro Leagues, seven different circuits where thousands of men excluded from the white-only Show played for nearly three decades. In a belated attempt to correct the systemically racist record, in late 2020 their hits and strikeouts and homers entered MLB’s stat books, an acknowledgment that the quality of play there rivaled or even exceeded that in the better-known, better-paid majors.

Also correcting the racist record, Satchel Paige and Josh Gibson have been enshrined in Cooperstown for a half-century. This year, Bud Fowler — who was playing in white professional leagues, the minors, 70 years before Robinson — landed there. He joined Buck O’Neill, a Negro League standout.

“A life is not important except in the impact it has on other lives,” he said. If the men, women and most important children who tour the new museum do nothing but carry that message forward, it will have served its purpose.