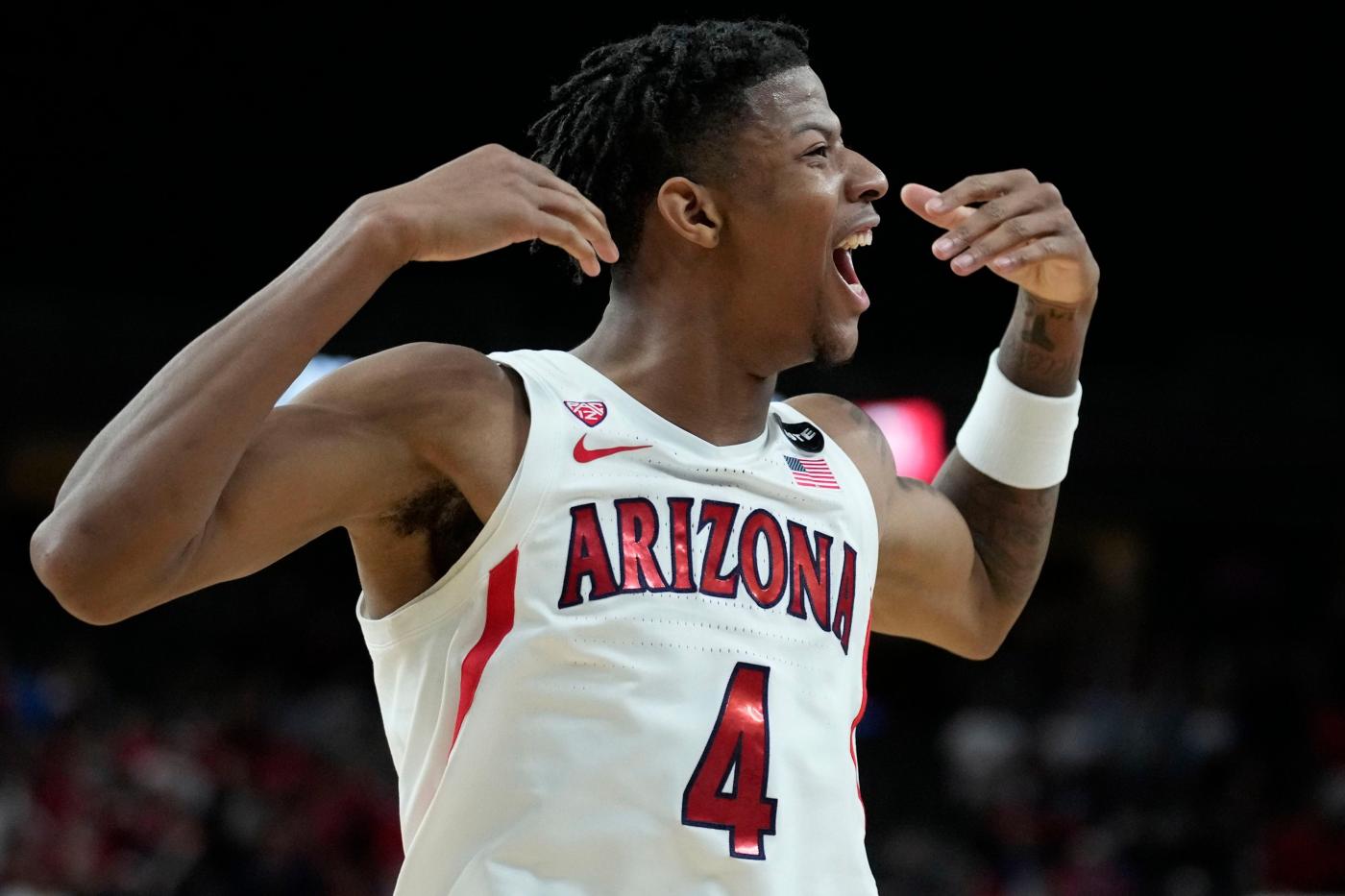 The Pac-12 dodged a dash of ignominy Thursday evening in the NBA Draft, but it couldn’t escape a trend.

With that, the Pac-12 avoided tying its expansion-era low of two first-round picks.

But three first-rounders isn’t cause for celebration in a 12-school conference that used to generate four or five on a regular basis.

In that regard, there’s an unmistakable, concerning trend for the Pac-12 with its money makers.

In both football and men’s basketball, the conference produced an impressive number of first-round draft picks in the middle of the 2010s, only to experience a deterioration in high-end talent in recent years.

That draft night ebb coincides with diminished competitive success on the national stage.

Pac-12 first-round selections in football/basketball in the expansion era:

So we wonder: What caused the mid-2010s upturn?

Meanwhile, over a four-year span (2013-16) the conference averaged 5.5 NCAA Tournament bids. Only once in the five seasons since then has it even received five bids.

The obvious explanation is money.

The $3 billion media rights deal with Fox and ESPN that has paralyzed the conference recently — because of its duration (12 years) — was initially the source of immense revenue relative to other conferences. Did that allow football and basketball programs to thrive until other leagues caught up?

Could the Pac-12 Networks, which launched in 2012, have played a role in the success until it became clear there would be no deal with DirecTV and the lack of distribution would choke the major sports?

Was the coaching better during that mid-decade stretch, for no reason other than alignment of fates?

Most likely, a combination of factors accounted for the high-level winning, just as a combination of challenges have fueled the current downturn (money, scheduling, recruiting, coaching, COVID).

Whatever the explanations, the arc is unmistakable:

The Pac-12 experienced a surge in competitive success and talent production in the middle of the 2010s that now feels like it occurred decades ago.

To the winners and losers from the NBA Draft …

Winner: Duke. The last roster of the Mike Krzyzewski era featured five overall picks and four first rounders, including the No. 1 pick, forward Paolo Banchero (who’s from Seattle, by the way). In the number of total selections, the Blue Devils set an ACC record.

Loser: Big Ten. The conference produced three of the top-10 picks, four first rounders and nine selections overall — more than any conference. Yet when it mattered most, in March, the league was a major bust.

Winner: Arizona. With Mathurin (No. 6 to Indiana) and Terry (No. 18 to Chicago), the Wildcats produced two first-round picks for the fifth time. Add big man Christian Koloko, the third pick of the second round (by Toronto), and Arizona accounted for three of the top-33 selections.

Loser: Arizona. The team that hammered the Wildcats in the Sweet 16 — Houston — didn’t have a single player selected.

Winner: Sean Miller. However it happened, whatever you think of the former Arizona coach, the guy could recruit.

Loser: Pac-12 non-blue bloods. The teams not named Arizona or UCLA combined for just two selections, both in the second round: USC’s Isaiah Mobley (No. 49 to Cleveland) and Colorado’s Jabari Walker (No. 57 to Portland).

Winner: Bruce Pearl. However it happened, whatever you think of the current Auburn coach, the guy can recruit. Jabari Smith and Walker Kessler gave the Tigers two first rounders for the first time in school history.

Loser: John Calipari. Kentucky hasn’t reached the Final Four since the spring of 2015. Yet in the seven drafts from 2016-22, the Wildcats have generated 15 first-round picks.

Winner: UCLA. Watson’s selection with the final pick of the first round (by Oklahoma City) gave the Bruins their first first-round pick since 2018 (Aaron Holiday).

Loser: UCLA. Maybe Jules Bernard and Johnny Juzang were just tired of school, tired of college life and tired of college basketball. Or maybe they received poor advice. Regardless, neither was drafted.

Winner: Colorado. Walker becomes the fourth CU player selected in the past six years — an impressive mark for a program that rarely signs blue-chip recruits and instead relies on development.

Loser: Oregon. In the past five recruiting cycles, the Ducks have signed six prospects with five-star ratings: Troy Brown, Bol Bol, CJ Walker, Louis King, N’Faly Dante and Nathan Bittle. For various reasons, including injury, only Brown has been a first-round pick to date. Dana Altman seemingly does better with the second-level talents.

Winner: USC. The Trojans are one of three programs (with Duke and Kentucky) that has produced a draft pick in each of the past five years, according to a USC news release published after Mobley’s selection.

Loser: Washington. The Huskies have been shut out of back-to-back drafts for the first time since the early 2000s. Maybe Keion Brooks will end the streak next spring.