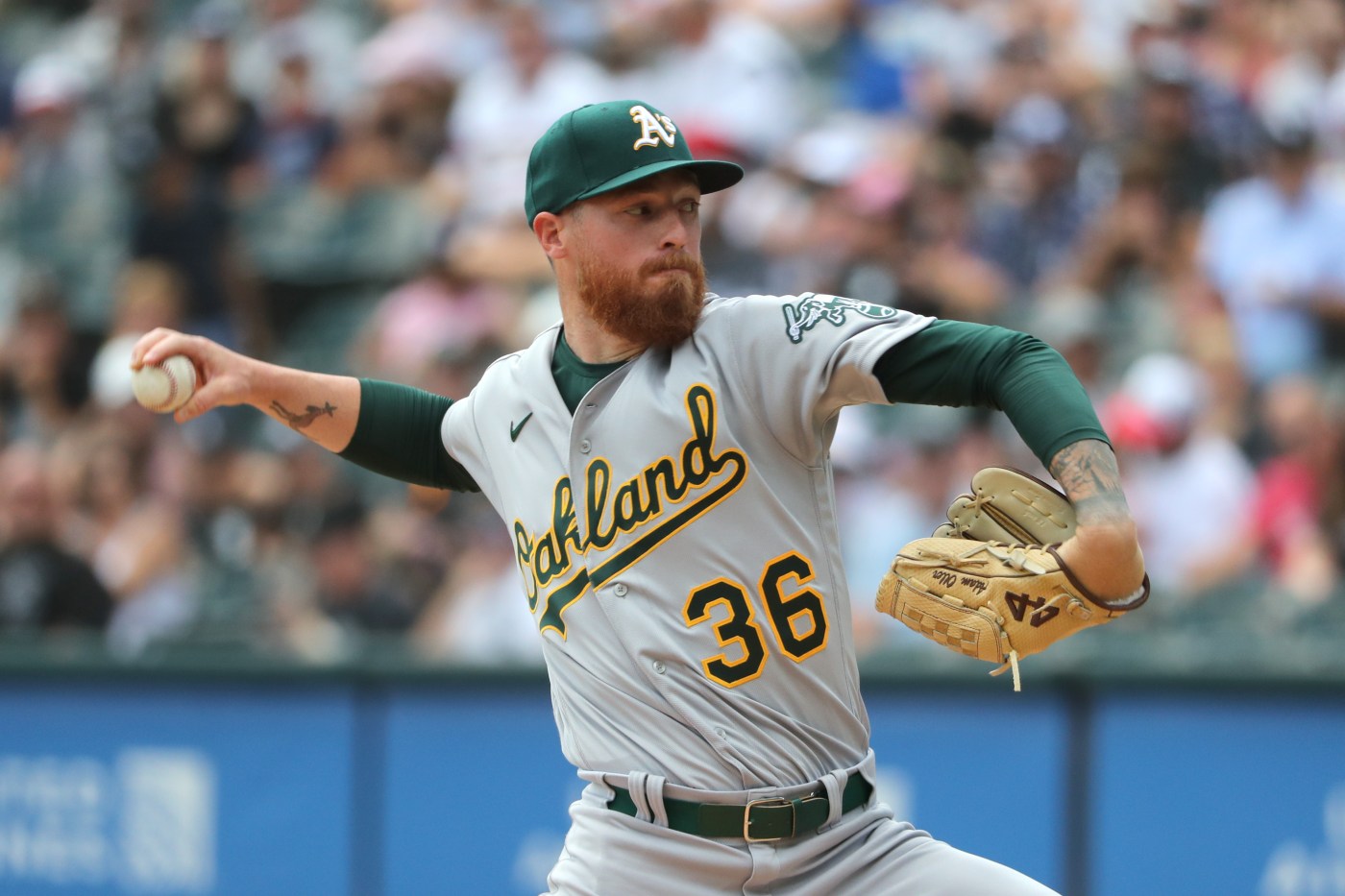 When an Oakland batter thought Dylan Cease’s pitches were going to break right, the ball veered left. Fastballs turned into sliders. Sliders slowed into curveballs.  Curveballs were actually fastballs. The A’s just could not figure out what the White Sox ace was going to throw. In a showing that was more reminiscent of their frigid first half than their scorching hot second half, the A’s dropped a second straight game at the White Sox ballpark, this time by a score of 4-1.

After looking like they were trying to use pool noodles to get the baseball into the outfield, the A’s have spent July doing their collective best impression of Aaron Judge. Oakland hit 36 home runs total in May and June before somehow developing the power needed to jack that many homers in just one month. Early on, the A’s appeared to be headed toward another offensive explosion.

Ramon Laureano’s second inning solo home run travelled over 400 feet, and was so well-struck that the A’s center fielder could take a few moments to admire his work before rounding the bases. Cease was fortunate to only allow that one run in the second, because Seth Brown and Stephen Piscotty both had long fly balls go a few feet foul of being round-trippers.

Majestic foul balls don’t count for anything though, unlike Jose Abreu’s home run in the bottom of the inning off Adam Oller that tied the game. A’s outfielder Tony Kemp momentarily prevented further damage when he left his feet to make a diving grab that killed a double. Despite being Kemp’s victim, Eloy Jimenez couldn’t help but tip his cap in appreciation.

The White Sox took the lead two batters later when a trio of two-out doubles got a pair of Sox across the plate. Cease settled in shortly thereafter, with the American League’s leader in strikeouts per nine innings carving through an A’s lineup that could not get a read on his bevy of breaking balls. Cease got Laureano to whiff on a curveball that gave him five k’s through his first four innings.

By the time Cease was replaced with Joe Kelly, the Cy Young award candidate had struck out seven and allowed only four hits. Meanwhile, Oller had also gotten into a groove after his rough inning, and had not given up a run after the second. That was, until the seventh.

As great a fielder as he is, even Tony Kemp could not deny Eloy Jimenez from getting on base for a second time in the bottom of the inning. Jimenez pounded Oller’s last pitch of the day over the wall and gave Chicago a 4-1 lead. The A’s could only muster six hits in the series finale, and will now travel to Los Angeles to face their division rival Los Angeles Angels. On a positive note, the A’s finished 14-12 during July, their first winning month of the season.