Who has the edge? Dolphins at Ravens, looking to flip recent history in Baltimore – The Mercury News 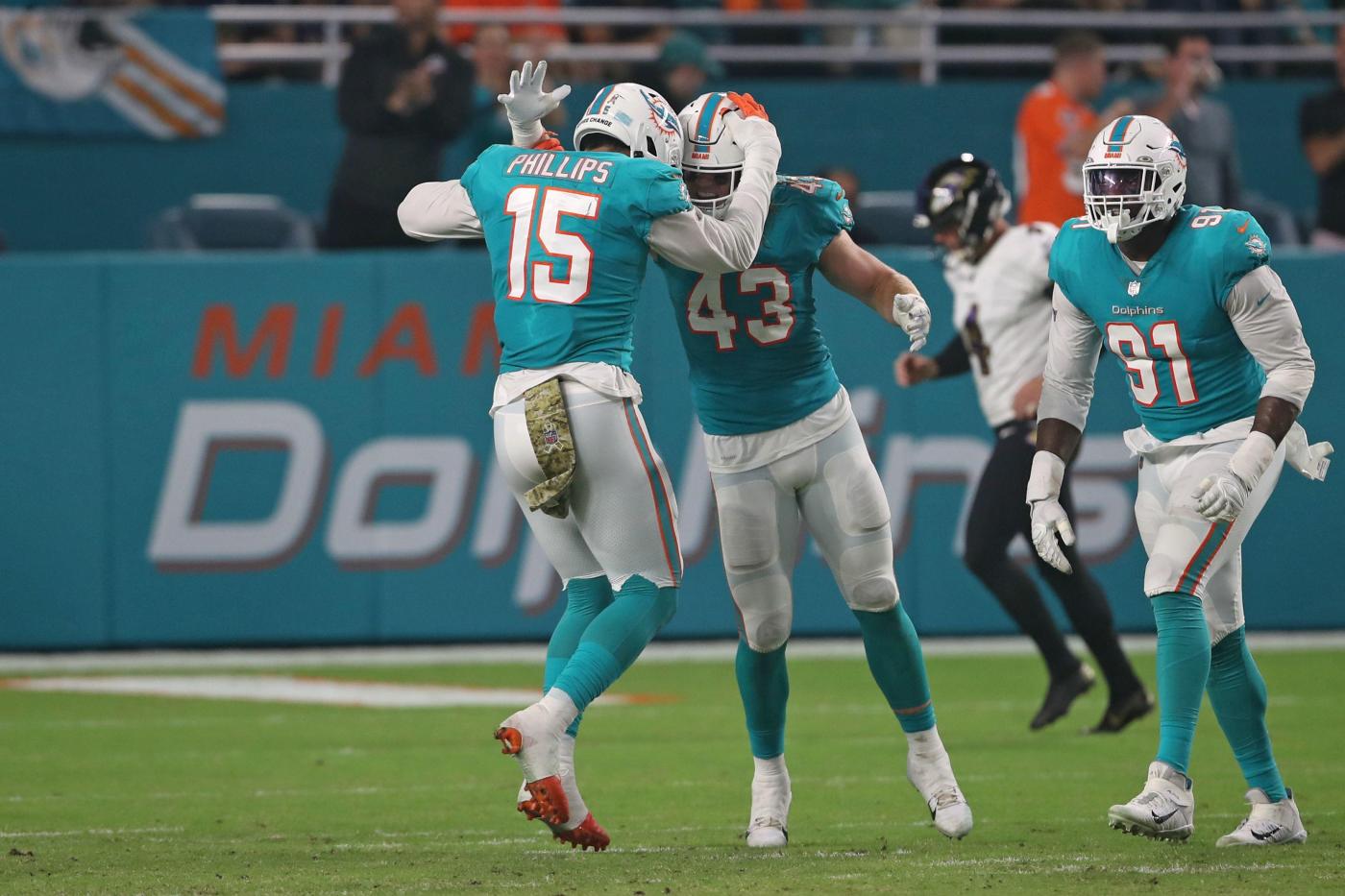 When the Dolphins run: The debut of the Mike McDaniel rushing attack and the wide-zone blocking scheme in Miami left much to be desired in Week 1. The Dolphins produced just 65 rushing yards on 23 attempts for a 2.8 average.

Chase Edmonds had 25 yards on 12 carries, although he was active in the passing game. McDaniel said he wanted to get Raheem Mostert (five carries, 16 yards) more touches. Wide receivers Tyreek Hill, Jaylen Waddle and Cedrick Wilson each had one rushing play designed for them, which keeps the defense honest.

The Ravens had the No. 1 run defense last year, holding opponents to 84.4 yards per game on the ground. Despite the six-game losing streak to cap 2021, they held opponents to 100 rushing yards or fewer in their last nine games. Baltimore brought back big nose tackle Michael Pierce and still has defensive end Calais Campbell and second-year linebacker Patrick Queen. Nonetheless, the New York Jets were able to find running room in the opener, going for a 4.9 yards-per-carry average (83 yards on 17 attempts), but that’s probably not representative of what this run defense truly is. Edge: Ravens

When the Ravens run: Baltimore has been a top-3 rushing attack in each of the four seasons quarterback Lamar Jackson has been there. It’s no surprise as the Pompano Beach native and Boynton Beach High grad is arguably the NFL’s most electric, dynamic talent.

He puts the defense in a lot of stress, either on the read-option or scrambling from the pocket. Running back J.K. Dobbins was hopeful he’d be ready for the start of the season after an ACL tear in the 2021 preseason, but he did not play in the opener. Ex-Dolphins tailback Kenyan Drake figures to get most of the work again if Dobbins, who is questionable, can’t go.

Miami seemed to figure something out in its upset of Baltimore last year, attacking Jackson with the cover-zero blitz, bringing its safeties and daring Jackson to win with the pass. The Dolphins also picked up their run defense throughout the opener against New England. After allowing 42 rushing yards in the first quarter, they surrendered just 36 on the ground the rest of the way. Expect safeties Jevon Holland and Brandon Jones and linebacker Jerome Baker, moving inside and out, to be active in the box. Edge: Dolphins

When the Dolphins pass: The impact of injury on both sides will be something to monitor in this matchup. The Ravens will already be without Kyle Fuller and have fellow cornerbacks Marlon Humphrey and Marcus Peters questionable. They could be digging deep into their depth chart to cover the likes of Hill and Waddle.

Miami, on the other hand, could be preparing for a scenario where both starting tackles in Terron Armstead and Austin Jackson are out. Jackson will miss at least four games after being placed on injured reserve on Friday, and Armstead enters Sunday questionable. That’s a bad sign for a Dolphins offensive line that already struggled to protect quarterback Tua Tagovailoa against the Patriots in Week 1. Backup tackle Greg Little will be counted on.

Tagovailoa will have to make quick decisions to handle the Ravens pass rush between Campbell, Queen, Odafe Oweh, Justin Madubuike and Justin Houston. The easiest way is to get the ball in space to Hill or Waddle underneath and let them go for yards after catch. Hill was targeted 12 times for eight receptions and 94 yards while Waddle got five targets for four receptions, the 42-yard touchdown on fourth down before halftime one of them. McDaniel said he wants to get both Waddle and tight end Mike Gesicki (one reception on one target for 1 yard) more involved. Edge: Ravens

When the Ravens pass: If the Dolphins remain consistent with their game plan that was effective against Jackson last year, much of the coverage will be dependent solely on the cornerbacks with how heavily Miami blitzes Jackson, including with the safeties. Expect Jones and Holland to be in the box plenty and coming after Jackson.

The difference from last year, though, is Miami doesn’t have Byron Jones paying opposite Xavien Howard. Jones is out for at least the first four games on injured reserve. Nik Needham will have to step up again, and it was good to see undrafted rookie Kader Kohou had a big debut against the Patriots. The moment isn’t too big for him.

Jackson was 17 of 30 for 213 yards and three touchdowns, including a 55-yarder to receiver Rashod Bateman, in the opening win at the Jets. The other two touchdowns went to Devin Duvernay. He found his top target, tight end Mark Andrews, five times on seven targets for 52 yards. Edge: Dolphins

Special teams: Ravens kicker Justin Tucker is the NFL’s all-time leader in field-goal percentage (91.1 percent). He connected on one field goal in the opener after hitting 35 of 37 in 2021. Punter Jordan Stout averaged 48.5 yards on six punts against the Jets with three inside the 20. Duvernay handles returns for Baltimore.

The Dolphins got a great Miami debut from punter Thomas Morstead, and gunners Justin Bethel and Keion Crossen put on a clinic with him. Kicker Jason Sanders made his first two field-goal attempts of the season after a subpar 2021. Tucker for Baltimore could be the X-factor, though, and Ravens coach John Harbaugh always emphasizes special teams with his past as an assistant in that phase of the game. Edge: Ravens

Intangibles: M&T Bank Stadium is a building that has presented the Dolphins with the worst of fortunes. Miami hasn’t won in Baltimore since 1997, a four-game losing streak with the past two coming by a combined 72 points. And it’ll be McDaniel’s first road game as a head coach. Edge: Ravens