Who surprised at minicamp for 2022 good vibes? 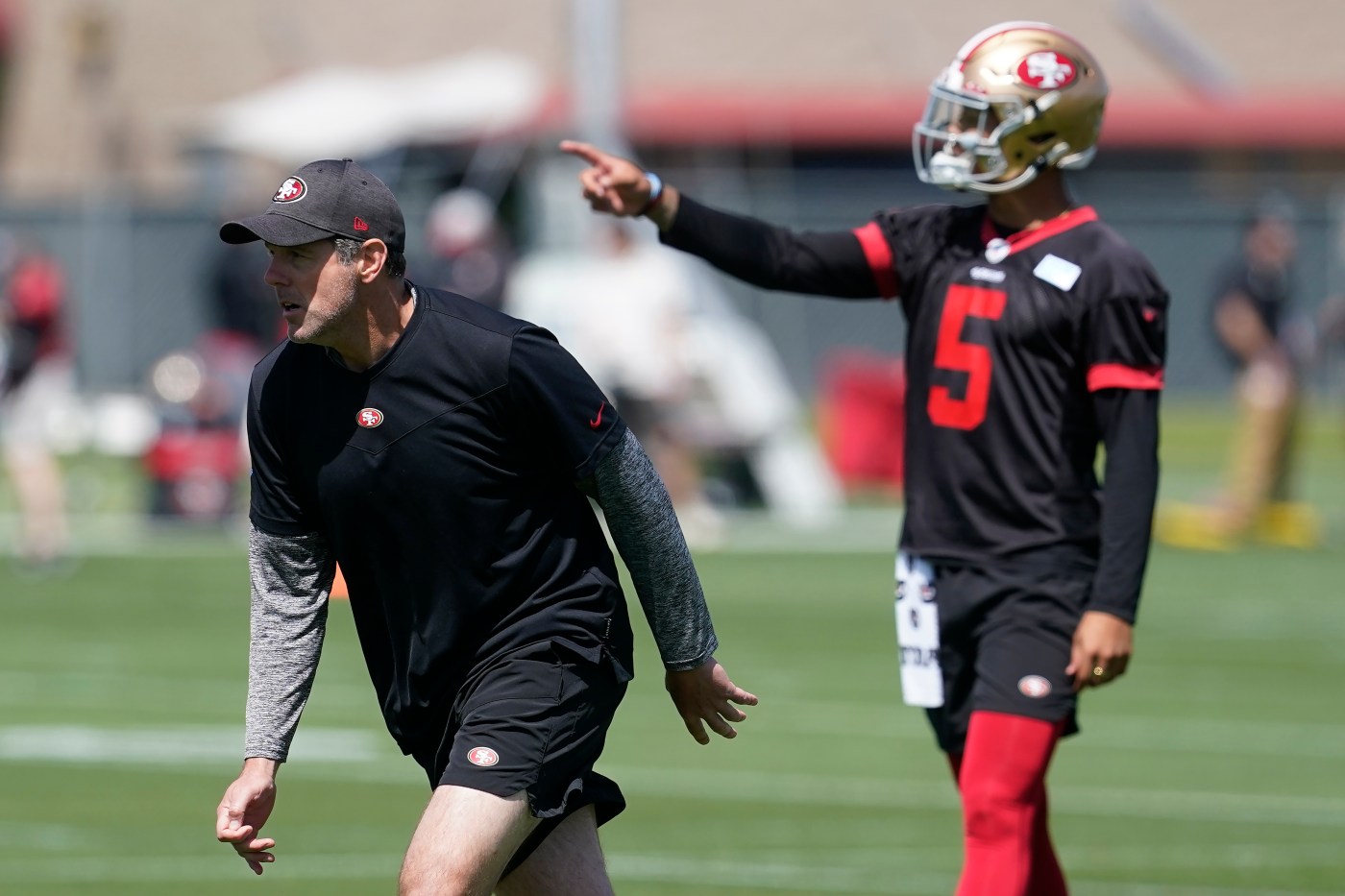 SANTA CLARA — The 49ers’ held their end-of-minicamp family barbecue on Thursday. No media was there to devour the leftovers, so let’s chew on these questions via my Instagram and Twitter buffets:

Who was the biggest surprise in minicamp? (@aldo_c27)

Not that Kyle Shanahan ended it a day early. Not that Deebo Samuel, Trent Williams and Nick Bosa showed. Not that Jimmy Garoppolo and Dee Ford skipped it. Not that half the starters weren’t practicing, because that’s been the case all offseason. So, the biggest surprise: Trey Lance looked more accurate, more at ease, more of what the 49ers need from their new QB1.

Translated, this asks who is in the receiver mix behind Deebo Samuel, Brandon Aiyuk and Jauan Jennings. Danny Gray strained a hamstring two weeks ago so too early to say how he looks, other than a legit threat, if healthy. Ray-Ray McCloud got a lot of targets (and returns) so he’s a lock. After that, it’s a toss-up, probably led by five-year vet Malik Turner.

I haven’t heard much on the battle for starting safety alongside Jimmy Ward. Does this seem to be Hufanga’s job to lose? (@adamwolfgang)

That’s fair to say. Talanoa Hufanga is pursuing Jaquiski Tartt’s old job with determination, and he’s forming a nice bond with Ward. I wouldn’t rule out Tarvarius Moore, however, as he rebounds from last year’s Achilles tear. George Odum also got added to the mix.

Defensive end Drake Jackson, and not just because of his “top-draft pick” status. His athleticism wowed Nick Bosa – “He does things out there I definitely couldn’t do as a rookie, the way he moves” – and Samson Ebukam – “He’s going to be a key factor in this league. Athletic, big, young legs and able to go all day.”

Risky. Jennings is a better sleeper with his red zone potential. This offense isn’t likely catering to a rookie who’s not among the top four options to target (behind the wide receivers and George Kittle). But Gray should yield a few routes per game. Maybe revisit this in October.

Have you seen enough talent in the tight end group that could develop into a successful one-two punch (with George Kittle), similar to the Gronk/Hernandez era? (@RobertThacker31)

Oooph, that’s been a goal for years, to find a complement to Kittle. But the 49ers offer basically the same corps as last season, plus Tyler Kroft. Their two tight end sets will be used mostly for a power-rushing emphasis.

Has Trey Sermon started at running back? (@8ajrrr)

With Elijah Mitchell and Ty Davis-Price restricted to individual conditioning, Sermon saw a lot of action the past two weeks. It’s honestly unfair to judge whether he was great or not, when no contact is allowed against a skeleton crew on both sides of the ball. He should make the roster, but there is competition and he must be ready for more action than his rookie year.

Is that a trick question, because “Fred Warner looking” is a way to describe his offseason practices. He’s been a bystander, though a cool and calm one as his body rests up for the upcoming haul, of which I’m referring to his wedding this summer, of course. Congrats, to Fred and Sydney.

Gutiérrez is not as raw as he was a year ago, when the offensive tackle from Mexico arrived via the NFL’s international pathway program. He’s also not expected to zoom up the depth chart. He’s still learning, and he’s essentially the third-string right tackle. Hopefully he plays in this preseason, unlike last year, so that he’ll have first-hand accounts to share when the 49ers visit the Arizona Cardinals in Mexico City in November, likely with him on the practice squad again.

Which dark horse do you think has a legit shot to make the 53? (@matty_maff)

By definition, that’s likely an undrafted rookie, such as O’Neal or running back Jordan Mason. Another candidate is third-year cornerback Ka’Dar Hollman, who intercepted Lance in 7-on-7 by wrestling the ball from Brandon Aiyuk’s arms.