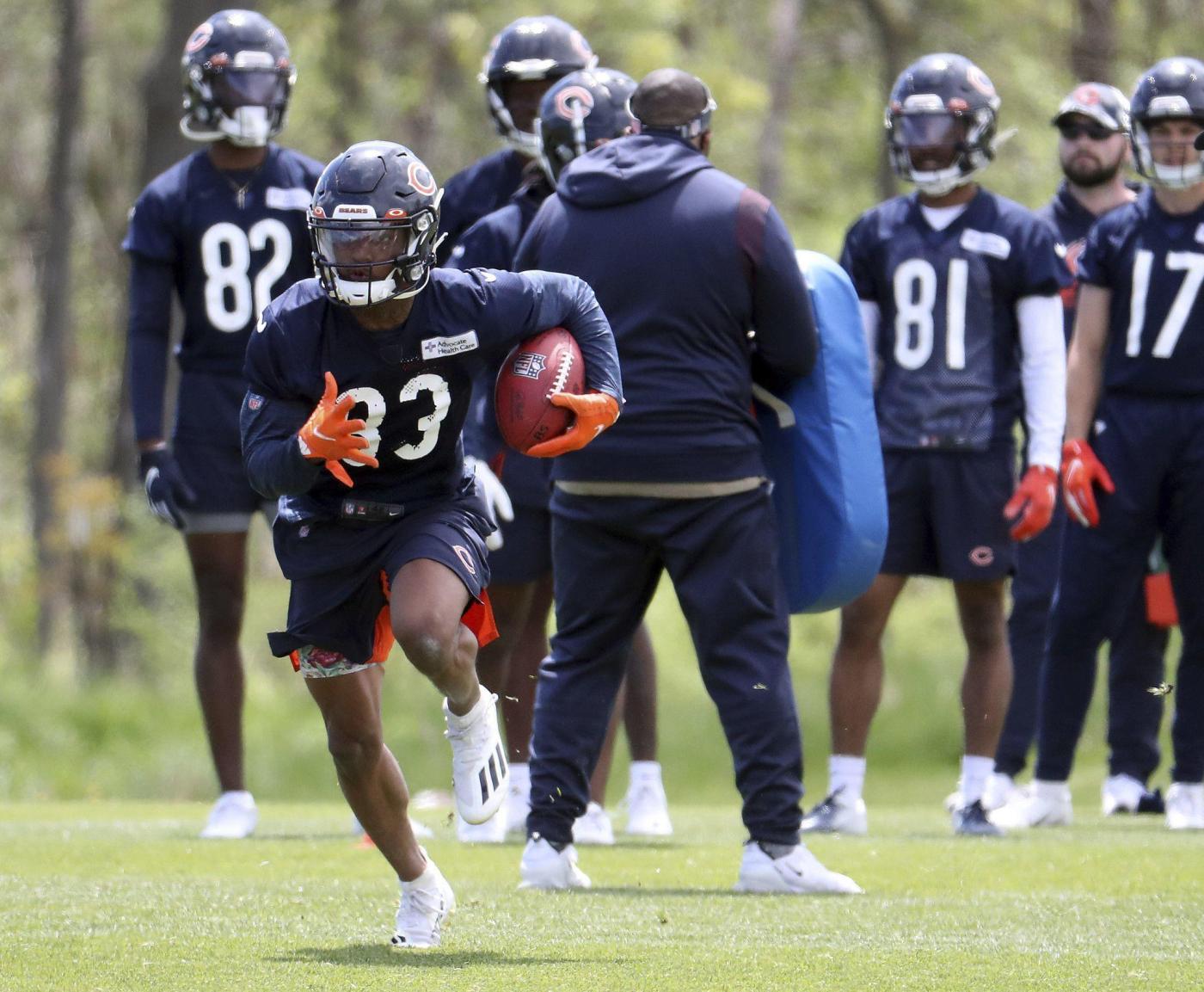 The Chicago Bears have entered game-week preparation mode at Halas Hall, utilizing their regular-season practice and meeting routine to gear up for Saturday’s preseason finale against the Cleveland Browns.

The team practiced Tuesday afternoon in Lake Forest and will return to the field Wednesday and Thursday. Here are four things we learned Tuesday.

Smith returned to practice over the weekend, pushing his contract discontent to the side to rejoin the Bears defense as he has been asked to play out the final year of his rookie deal. He made an immediate impact during the first team period Tuesday, shooting a gap on a running play and drilling running back David Montgomery.

With Smith’s contract situation on the back burner for the foreseeable future, his play and production will merit the most focus. For those who have played with Smith, just having him back on the field has been energizing.

“Everybody has a different sense of confidence when he’s out there,” cornerback Jaylon Johnson said. “Especially for me, playing with him for two years, there are some things that are kind of unspoken. We don’t always to have communicate certain things. We just see things the same.”

Bears coach Matt Eberflus plans to play his starters and key regulars through the first half Saturday in Cleveland. And, yes, that means Smith figures to play.

Johnson praised Smith’s football intelligence and physicality as qualities that enhance the respect Smith has gained from his defensive teammates. Johnson also has few worries about Smith being able to compartmentalize his aggravation with the front office from his on-field push to be the top dog on the defense.

“He wants to be one of the greats,” Johnson said. “He has to keep the main thing the main thing, and right now that’s playing ball. He’s been doing that since he’s been making his way back. He’s a real professional. At the end of the day, he just wants to play ball and make plays with us.”

2. Receiver Dazz Newsome was among five players cut as the Bears trimmed their roster to 80.

The biggest wave of cuts will come next week with teams needing to finalize initial 53-man rosters by 3 p.m. on Aug. 30. Newsome was among those released before Tuesday’s 80-man deadline.

General manager Ryan Poles also waived fullback Jake Bargas, defensive back BoPete Keyes and defensive tackle LaCale London and terminated the contract of vested veteran offensive lineman Julién Davenport. The move to waive Newsome was the most notable, sending another of former GM Ryan Pace’s draft selections out the door. Newsome was a sixth-round pick in 2021.

Pace made 46 draft picks during his seven years as Bears GM. As of Tuesday morning, 17 remained on the roster but only five who were selected before 2020: Montgomery, Smith, safety Eddie Jackson, guard Cody Whitehair and defensive back DeAndre Houston-Carson.

Newsome fractured his collarbone during the spring of his rookie season and never broke through to become a bigger part of the team’s offensive plans. He spent most of the year on the practice squad and was flexed to the game-day roster twice before being activated to the 53-man roster for the season finale against the Minnesota Vikings.

Newsome made two receptions for the Bears, a 10-yarder in the Week 16 win over the Seattle Seahawks and a 13-yarder in the finale against the Vikings. He also returned six punts for 75 yards last season. Now his career is headed down a new path as the Bears’ rebuilding efforts under a new regime continue.

Brisker will remain out until September after having surgery to repair a broken right thumb suffered in the Aug. 13 preseason win over the Kansas City Chiefs. There’s hope, however, that the rookie safety will be able to play in Week 1 against the San Francisco 49ers.

Jones, another Day 2 draft choice who missed the preseason opener against the Chiefs with an undisclosed injury, was again unable to practice Tuesday. His 48-yard punt return against the Seahawks last week provided a special teams spark that set up the Bears’ first touchdown in a 27-11 victory. It will be worth monitoring his availability for Saturday’s preseason finale with Eberflus vowing to play starters and key regulars for the entire first half.