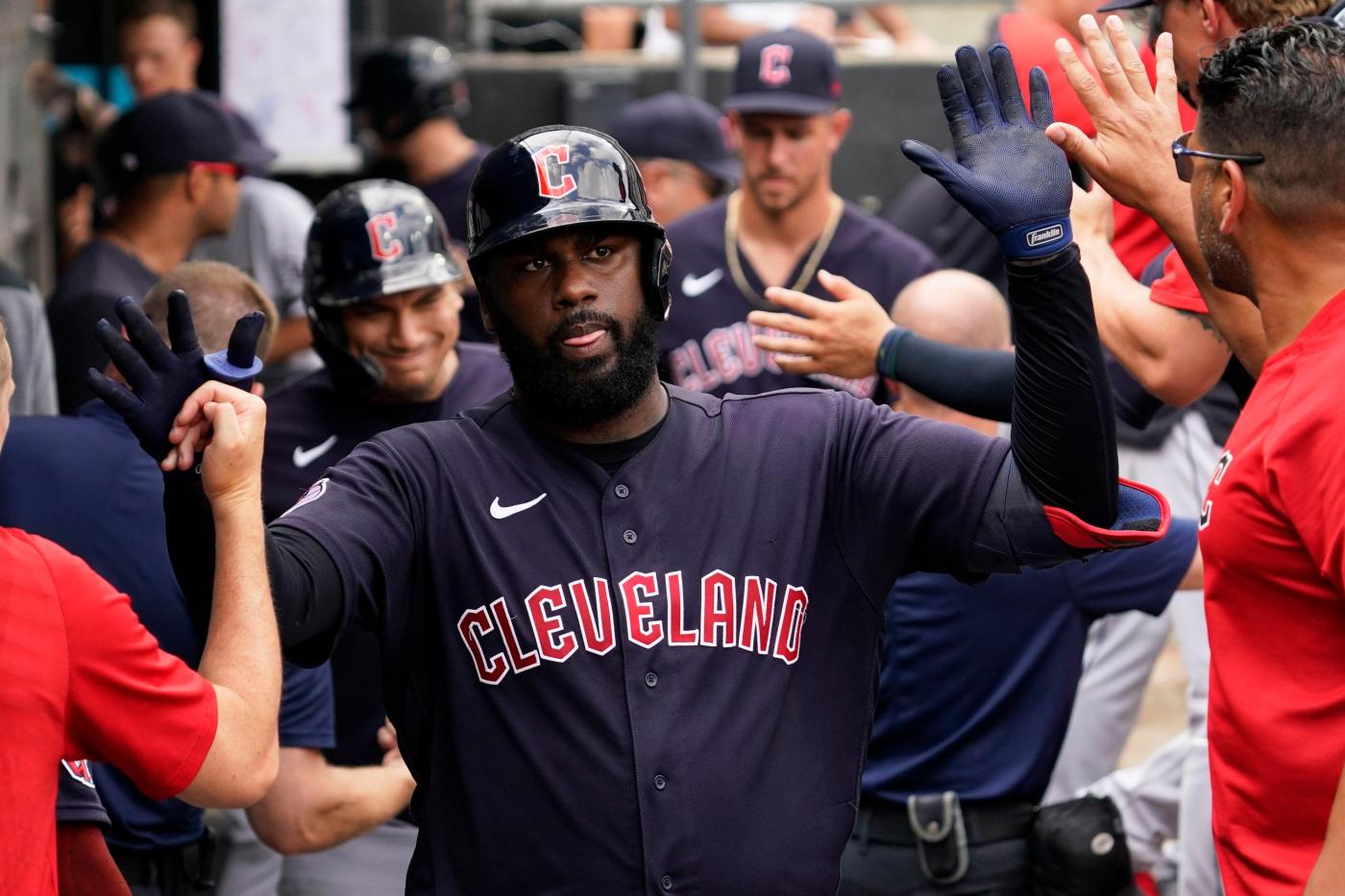 Franmil Reyes’ stature made him easy to spot among his new Chicago Cubs teammates on a breezy, cool evening at Wrigley Field.

Reyes, listed at 6-foot-5, 265 pounds, stepped to home plate for his first batting practice after the Cubs claimed him off waivers from the Cleveland Guardians. Known for his prodigious power, Reyes made it look effortless Tuesday as he put on a show during BP.

Reyes, 27, fits what the Cubs need — a still-young, proven power hitter — and they have the next two months to see if he can get back on track. If the Cubs like what they see, they can retain Reyes until he reaches free agency after the 2024 season.

There is familiarity with Reyes within the organization. General manager Carter Hawkins was in Cleveland’s organization when the Guardians traded for Reyes as part of a three-team deal in July 2019.

And bench coach Andy Green and assistant hitting coach Johnny Washington worked with Reyes in the San Diego Padres organization, with whom the Dominican Republic native signed in 2011 as an amateur free agent. Green managed Reyes in San Diego in his first two big-league seasons (2018-19), while Washington worked with Reyes during the Dominican Winter League before the 2016 season.

Reyes credited Washington for helping him hit the ball in the air more and fully tap into his power potential. When Reyes is locked in offensively, Washington sees him driving the ball to all parts of the field and hunting for balls he can do damage to. Washington noted those indicators already were appearing during Reyes’ BP on Tuesday.

“He’s done a tremendous job up to this point to have the career he’s had,” Washington said. “And I’m hoping that we all as a staff can have a influential improvement on his career and help him prolong his career in the major leagues. … Obviously, his job is to drive the ball and drive in runs and we’ll see what kind of plan we put together to help him move forward.”

Reyes is expected to be in the lineup predominantly as the designated hitter. That’s where he played, batting fifth, in his first game Tuesday against the Washington Nationals. He also can play the corner outfield spots.

“This game is about making adjustments,” Reyes said. “Obviously, things are not going well the last couple years. I always say I would try to give my best every time. I’m not going to quit. That’s not how I was raised. I have to keep working hard and give my best every day like I know. I’m going to be back soon.”

Given the Cubs’ organizational needs and available at-bats, this acquisition makes sense on many levels.

“We felt like it was a good opportunity to take a chance on him,” president of baseball operations Jed Hoyer said Monday. “We can bring him in here and get a chance to get to know him and see if we can get him back on track, and we have control for a couple of years. We are lacking in the power department right now.”

Reyes entered the season with a career .243 ISO (isolated power) and 50.2% hard-hit percentage. Both marks would be the best among the Cubs’ current hitters.

“He has been a true heart-of-the-order hitter in the big leagues for multiple years,” Green said. “There’s not an endless supply of those types of hitters. So if he reclaims that, that’s a lot of length to our current lineup. I mean, that really changes some things for us.

“That’s really what it comes down to is you just can’t find those guys hardly anywhere. And if he turns back into the guy he’s been for the majority of his career, it’s going to be a really shrewd move by Jed and Carter.”