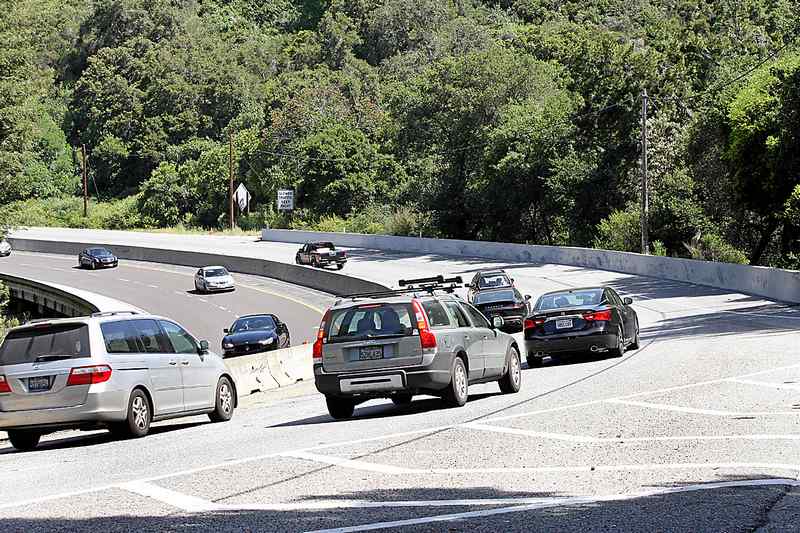 Every year across California, thousands of wildlife are killed as they attempt to cross roadways and highways, sometimes injuring or killing motorists in the process.

Many of the state’s most iconic native species, including mountain lions, bobcats, California tiger salamanders, checkerspot butterflies, desert tortoises and black bears, face a threat to their survival as they navigate a heavily fragmented habitat and the risk of vehicle-wildlife collisions as they seek food, shelter and mates, escape from wildfires or floods, and adapt to climate change.

Uncrossable roads also create barriers to movement that can result in high levels of inbreeding and genetic isolation and increased risk of local extinction.

Every region in the Bay Area is affected. In the South Bay, wildlife struggle to cross roads such as Highway 17 and Highway 101 in Coyote Valley. In the East Bay, Highway 4 poses a significant threat. This year, the state Legislature is considering a bill, AB 2344, requiring Caltrans to incorporate wildlife crossings when retrofitting transportation infrastructure. This bill also addresses gaps in coordination, information and implementation necessary to help meet the needs of our struggling local wildlife.

Highway crossings are critical in connecting blocks of habitat to meet the state’s 30×30 goal of conserving at least 30% of California’s land and coastal waters by 2030 to support long-term climate resiliency. Lack of habitat connectivity and a decreasing genetic diversity pose a significant threat for many imperiled species, including mountain lions in the Santa Cruz Mountains, which are provisionally listed as threatened under the state endangered species act.

Fortunately, installing wildlife passages such as underpasses, overpasses and directional fencing are cost-effective means for reducing wildlife-vehicle collisions and protecting natural wildlife movement. AB 2344 gives us the opportunity to support biodiversity and install a system of wildlife crossings that connect habitats to prevent the massive levels of roadkill occurring today.

Without AB 2344, projects are not required to incorporate wildlife protections. The California Environmental Quality Act, as applied and interpreted, has not lessened the impacts of roads and highways on wildlife connectivity. The failure to incorporate solutions that allow wildlife to safely cross state highways threatens California’s rich biodiversity.

Bold state action to ensure wildlife habitat connectivity is essential for preserving our biodiversity and adapting to climate change. Proactively incorporating crossing infrastructure into our state highway system will give California’s iconic wildlife a fighting chance to survive and thrive while improving motorist safety for all Californians.