Will growth curve elevate the Heat? – The Mercury News 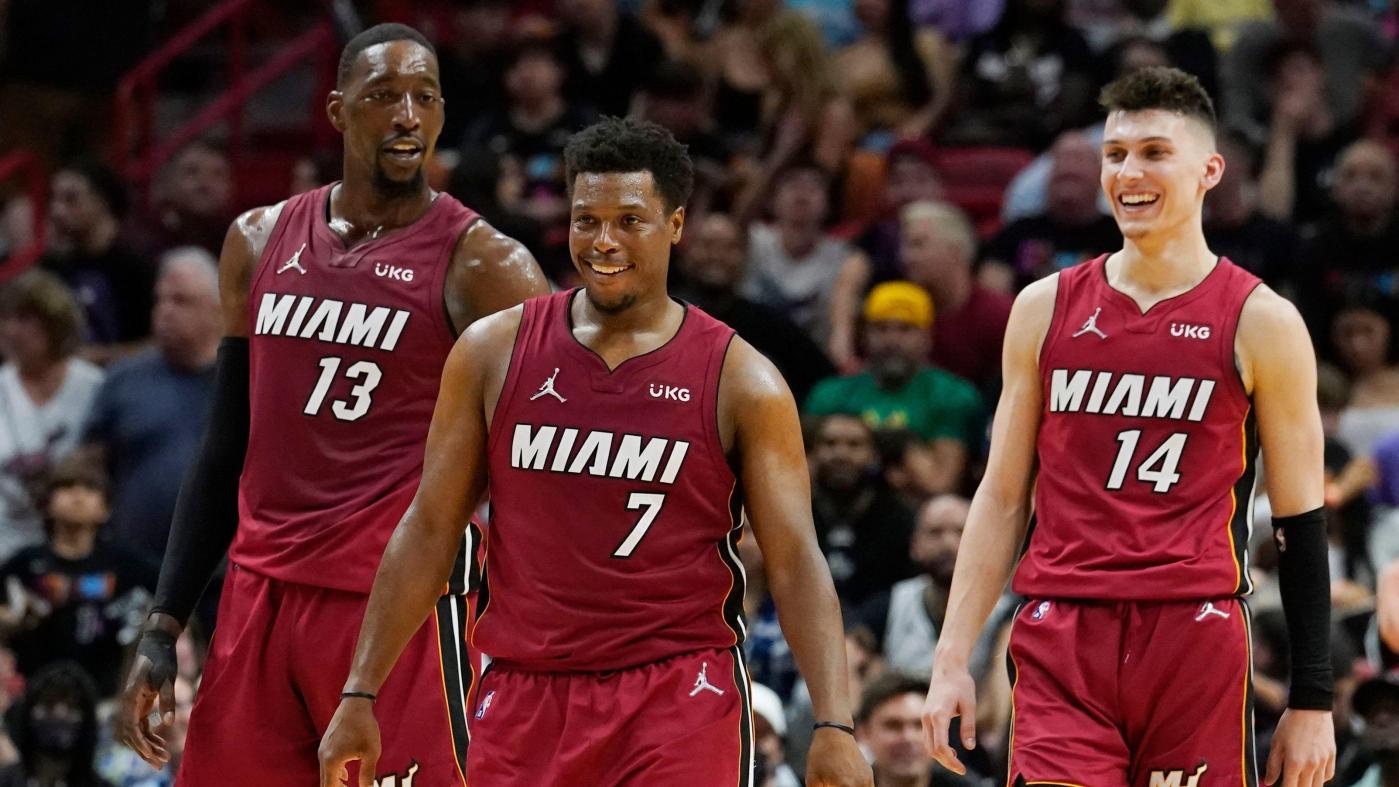 Q: Who do you think on the Miami Heat makes the biggest improvement this summer/into next season: Omer Yurtseven, Tyler Herro, Caleb Martin, Bam Adebayo or another player? – Stuart.

A: It’s an interesting question. So perhaps it’s better to take each on a case-by-case basis. I’m not sure Tyler Herro, for example, needs to get better. What he needs is to get back to the form he showed most of last season and in the 2020 bubble. So it would be more of a case of regaining confidence that seemingly waned (perhaps due to injury this past postseason). As for Bam Adebayo, it also could be more about confidence than an upgrade. What he needs is to play as aggressively on offense as he does on defense. So the question is whether he has that in him. As for Caleb Martin, if he truly is to operate as somewhat of a P.J. Tucker replacement, he has to get back to the consistency previously shown with his 3-point shot. So I guess of the four you mentioned, it most likely is Omer Yurtseven who needs to display a growth curve. The defense has to get better. And that could come down to whether he possesses the agility required in the Heat system. If allowed to veer from the menu you provided, the ultimate biggest improvement required for a step forward from the current roster might by conditioning improvement from Kyle Lowry. And that’s the case for any older player, especially one cast in such a vital role.

Q: Ira, in almost all the published analysis of the free-agency winners and losers, the Heat are resting comfortably in the “losers” category, with the loss of P.J Tucker, the potential loss of Tyler Herro, and the lack of meaningful additions to compensate for the subtractions. Kind of hard to argue with this finding, isn’t it? – Bill, Palm Beach Gardens.

A: And if the NBA season started on July 10, I would fully concur. But as has been reiterated in this space since the start of free agency, it’s not about who wins the first week of free agency, or even the first month. So perhaps table the report cards until the offseason is actually over? As for Tyler Herro, he remains under full Heat control for the coming season, even if not extended. And if not extended, the Heat would have the right to match any offer next summer. So of all the Heat’s 2022-23 roster concerns, I wouldn’t have Tyler on that list.

Q: The big man that really intrigues me is not Nikola Jovic, but Orlando Robinson. He seems to be more in control of his game. He looks composed and doesn’t rush things. He’s consistent at the free throw line. He rebounds and attacks the rim but where’s the perimeter game? – Rodney.

A: That is an element Orlando Robinson began to foster during his final season at Fresno State, successfully moving his game last season to the 3-point line. But he said it is not an aspect the Heat have targeted during summer league. To a degree, it is similar to how in recent years Hassan Whiteside, Bam Adebayo, Dewayne Dedmon, heck, even Udonis Haslem, have spoken of working on their 3-point games during practice, but when it comes to game time, it is not an element the Heat have chosen to explore. The reality is unless it is a facet that becomes part of a game routine, it is not something that draws opposing attention and creates spacing.