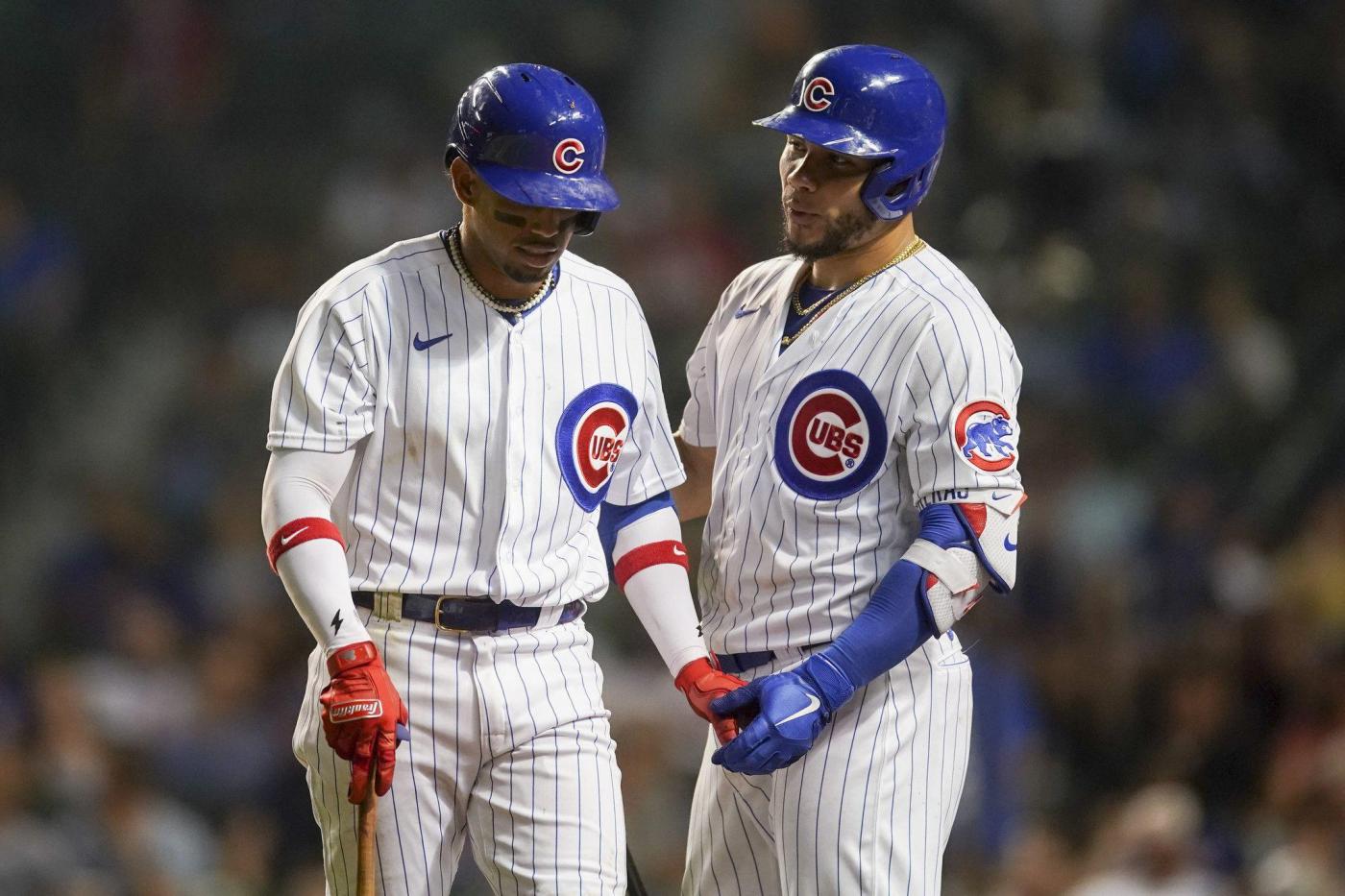 Willson Contreras dominated the headlines during the first four months of the Chicago Cubs season.

Everyone wanted to know where Contreras would be sent before the Aug. 2 trade deadline, how he was handling the situation and how much of a haul the Cubs would get in return.

Then came the shocking twist. Contreras remained with the Cubs after President Jed Hoyer couldn’t find a suitor he felt was offering enough value in return. The long goodbye turned into an awkward “never mind,” and Contreras has since been playing out the string in relative silence.

Contreras was out of the starting lineup Saturday for the third straight game after exiting Tuesday’s game in Toronto with left ankle soreness. Manager David Ross said there was a chance Contreras could start Sunday when Marcus Stroman faces Miles Mikolas in the series finale.

As a soon-to-be free agent, it’s in Contreras’ best interest to be healthy at season’s end, so taking a few days off to recover makes sense. His last month has been a mixed bag offensively, with Contreras hitting .192 with five home runs and 10 RBIs in 13 games since rolling his ankle in the Field of Dreams game Aug. 11 in Dyersville, Iowa.

Sunday will be the final Cubs-Cardinals game of the season, and the next time the Cubs come to St. Louis in 2023, Contreras could be in the home dugout wearing a red helmet.

The Cardinals are in need of a starting catcher with Yadier Molina retiring, and Contreras figures to be the top-hitting catcher on the market. It has been a hot topic on local talk radio, though there has been no indication the Cardinals would pony up to sign Contreras, who could be asking for something in the neighborhood of five years and $100 million.

But what if the nightmare scenario comes true and Contreras winds up signing with the Cubs’ archrival?

“Then we’ll try to kick his butt every time we come here,” Ross said before Saturday’s game. “I’ll give him a big hug, and then it’s like anything else. We’ll try to take advantage of him when we come here and try to win the games.

“He’s a good player, man. A three-time All-Star. I don’t think there’s anyone in the organization that is going to knock Willson Contreras and his skillset and (doesn’t) think he’s a really good player and very valuable.”

Contreras on Saturday led all catchers in OPS (.822) while he was tied for the lead in home runs (21). The lack of serious interest in him at the trade deadline was a subject of debate among scouts and executives. One scout said few contending teams wanted to disrupt their rotations by pairing up starters with a new catcher at the stretch. A former executive blamed Hoyer for not correctly reading the market after Juan Soto was made available.

Either way, Contreras’ value to the Cubs can’t be quantified solely by his numbers. He also would be missed in the clubhouse, where he has been a mentor to rookie Christopher Morel.

“I’ve been able to really appreciate him,” Morel said Saturday through an interpreter. “Willson has been there for me. He’s been everything. He’s been supporting me since I got here. He’s never let me down.”

What has Contreras taught him most?

“How to respect the game,” Morel said.

That begs the question: If everyone loves him, why can’t the Cubs re-sign Contreras?

Asked whether he has any say in the decision to retain Contreras and also if he wanted him back, Ross said he would “let Jed take care of” that thorny question.

“Obviously the budget and how they make out the roster, I leave up to them,” he said of Hoyer and general manager Carter Hawkins. “When they ask for my opinion, I give it. I think Willson is a very good player. He’s proved he’s a very good player, a winning player, a World Series champion. He’s got a really good resume, and any team he’s on is going to be better for it.”

Ross has some clout with Hoyer. So why not just tell him that he wants Contreras back?

“Oh, I tell Jed what I want all the time,” he said with a grin. “There’s a lot of (guys), without naming specific names, I say what I want, where I think we can improve. But I also have to tell my kids no when we go into a candy store and they want four Snickers and three Reese’s. I’m probably a little more on the kids’ spectrum when it comes to that. I want all the toys, as many as we can get.

“It’s (Hoyer) and Carter’s job to balance that. I don’t know what the budget is, how all that stuff long term plays out, every minor-leaguer that we feel like is going to come up and contribute, how that balance is.

“I know any team that gets Willson is very good. If it’s here, we’re all going to be happy. If it’s not, then another team is going to benefit from how good he plays.”

Could it be the team Cubs fans hate most?