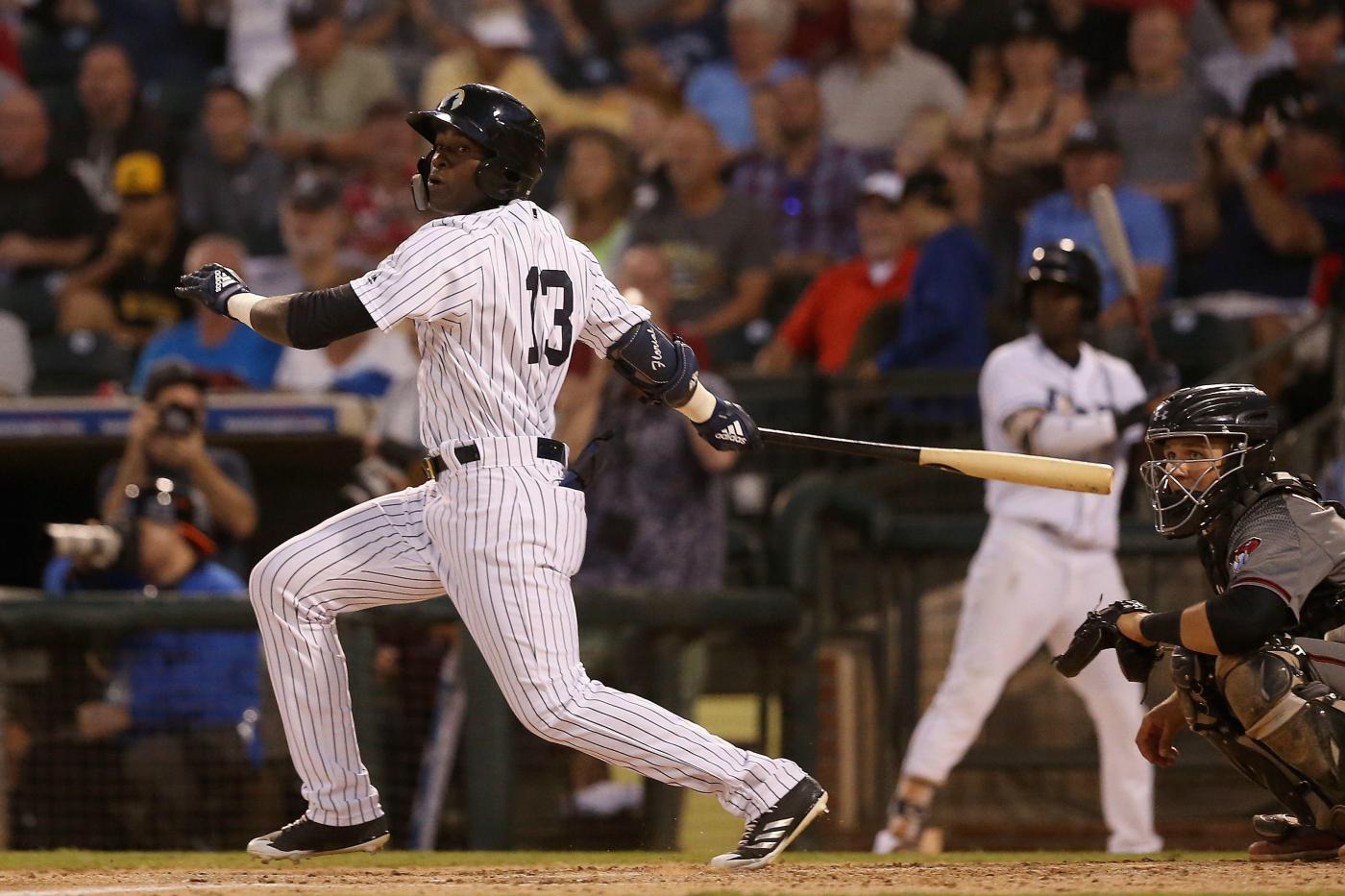 In the middle of a horrific slide, the Yankees dipped into their prospect pool to try and find a spark. The Yankees called up Oswaldo Cabrera, Estevan Florial and Ron Marinaccio before Wednesday’s game.

Clay Holmes was headed to the injured list with a back issue. The Yankees optioned Miguel Andujar and Tim Locastro.

Cabrera was making his big league debut against the Rays Wednesday night and Florial was starting in center.

“Instinctual player,” is how one American League scout described Cabrera.  “Was always one of the more mature guys on the field.”

The scout added that if the power Cabrera flashed in the second half of last season shows up again in the majors he could be an everyday player on some major league teams. Cabrera finished with 29 home runs in 2021.

The scout who saw him this year thought that Florial had shown significant improvements in his at-bats, particularly with pitch recognition.

“His (at-bats) were significantly more competitive,” the scout said.

Aaron Boone has had plenty of chances to see Florial and said the Yankees have been waiting for him to show some more consistency.

“I think it’s really fine in that consistency at the highest levels,” Boone said. “He’s dealt with some injuries that in different years, have probably slowed his development a little bit. I think this is the best year he’s had in a while where he’s been mostly healthy and to put up a productive, really productive offensive season that kind of matches up with, you know, the skill set and the tools that he’s always flashed us. And I feel like even in his short stints with us over the years, even in years where he hasn’t had the kind of year he’s happened to this year, he’s represented well.

“You see it this year, I think he’s mostly been healthy and put that season together at a higher level in the minor leagues and hopefully that’s something that is a sign of him, you know, getting ready to knock in a breakthrough.”