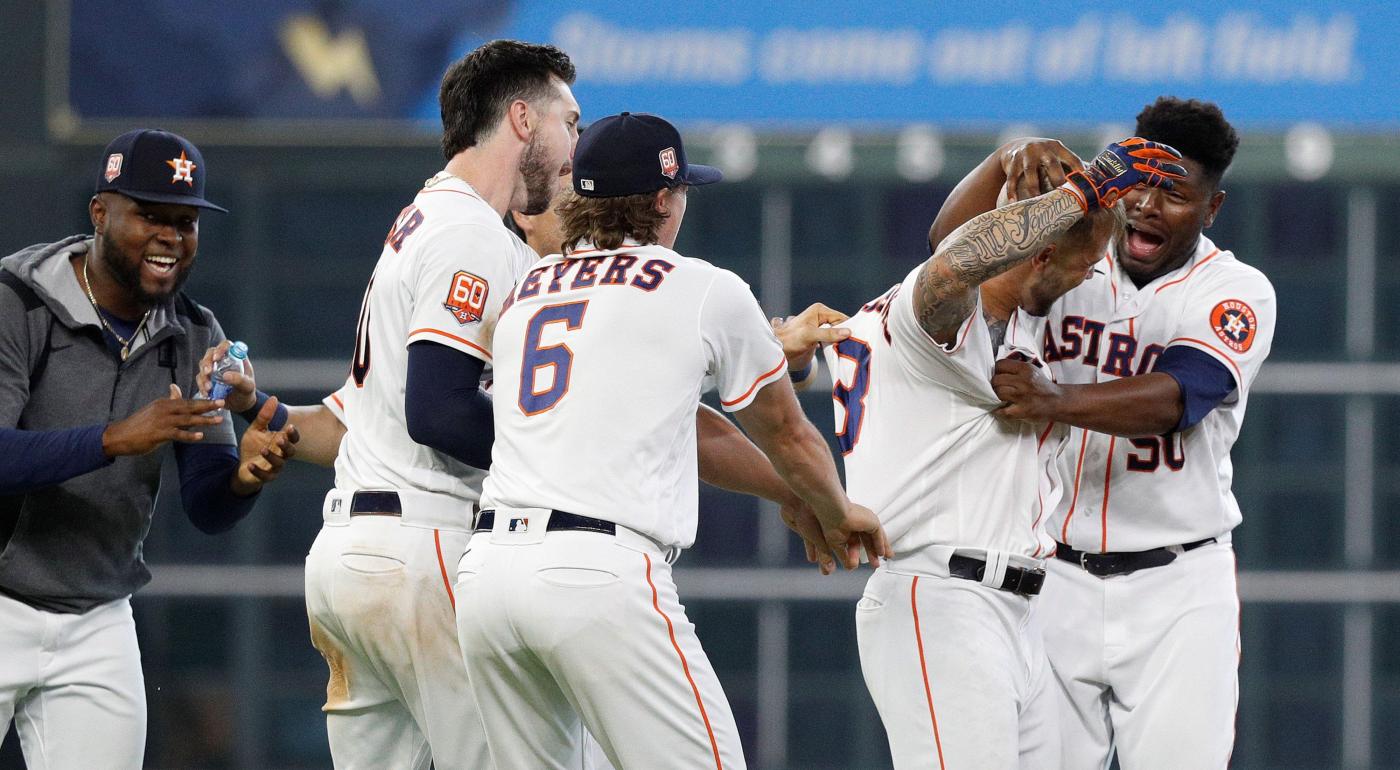 HOUSTON — With just two weeks to go before the trade deadline, the best record in baseball and a huge lead in the division, the Yankees got another reminder that the Astros are going to be a huge obstacle to their World Series hopes. Astros pitchers held the Bombers’ offense to just two runs over 18 innings and showed the weakness in the Yankees pitching.

While Jordan Montgomery was solid in the first game of the split doubleheader at Minute Maid Park, the Bombers bats were quieted by Cristian Javier and the bullpen. Domingo German was not exactly a good replacement for Luis Severino while he is on the injured list. The Astros’ JJ Matijevic’s pinch hit single with two outs in the bottom of the ninth inning gave the Astros a 3-2 win in the first game. Home runs from Yordan Alvarez, Alex Bregman and Chas McCormick early made even the late three-run bomb by Aaron Judge irrelevant as Houston beat the Bombers in the night cap 7-5.

With the sweep of the doubleheader, the Astros (61-32) are three wins behind the Yankees (64-29) in the American League race for the best record.

“That’s huge, huge,” Giancarlo Stanton said. “The home-field advantage is definitely important. So we gotta make sure we get it.”

That comes with having the best record in the American League.

This counts as the fifth series they have lost this season (which includes the one game they lost here June 30 as part of the makeup of the series lost at the beginning of the season to the owners’ lockout). They dropped the season series to the Astros, which would be a tiebreaker if the teams finished with the same record.

That may factor huge in the Yankees playoff hopes.

The Astros have been the Yankees playoff Kryptonite, with the Bombers losing the AL Championship Series to them in both 2017 and 2019 and the Wild Card Game in 2015.

“We’ll definitely have to get through them, as well as other great teams to get to where we want to,” Stanton said. “Like I said, every game is important…we’ll roll out of here and then we won’t worry about it until we need to.”

What the Yankees do need to worry about is their rotation.

Luis Severino went down with a strained lat muscle right before the All-Star break. German was their insurance plan coming into the season, but he did not look sharp Thursday night. It just created more urgency for the Yankees’ hunt for pitching before the Aug. 2 trade deadline. In his first start since July 31, 2021, German allowed five earned runs on six hits in three innings. He walked one and struck out two. German gave up back-to-back homers to Alvarez and Bregman in the first. JP Sears, who allowed a two-run homer to McCormick in the sixth, did not walk a batter and struck out one in three innings of work.

Gleyber Torres hit his 15th homer of the season in the third for the Yankees’ two runs. Judge’s 34th of the season, in the top of the ninth hit the windows over the stands and train tracks in left field.

It was a disheartening loss after the Yankees had battled it out to the end in the first game.

Alex Bregman led off with a first-pitch single and Aledmy Diaz doubled off Michael King to put runners in scoring position with no outs in the bottom of the inning. King struck out Yuli Gurriel, before the Yankees intentionally walked Yordan Alvarez to load the bases. King got another out before giving up the game-winning single.

Montgomery held the Astros to two runs on seven hits. He walked one and struck out eight. It was his 17th start allowing three earned runs or less, tied for the most this season.

He gave up an RBI-single to Bregman in the first and a run-scoring double in the second to catcher Korey Lee.

“They’re really talented throughout their lineup, which is full of good hitters,” Montgomery said. “Just a lot of guys that compete, they play the game hard so we just gotta play good baseball to beat them.”

DJ LeMahieu lined his ninth home run of the season off Cristian Javier in the fifth inning of the first game. That snapped 11 innings that the Bombers had been held scoreless by the Astros’ right hander. It was one of just two hits the Yankees got off Javier in five innings of work.

“I thought we had actually good at bats against Javier today too,” Yankees manager Aaron Boone said. ” We had a chance to punch through with good at-bats by (Matt) Carpenter and Gleyber (Torres) there. You know where they hit the ball hard but couldn’t couldn’t get through there. Their bullpen was pretty tough against us today too.”