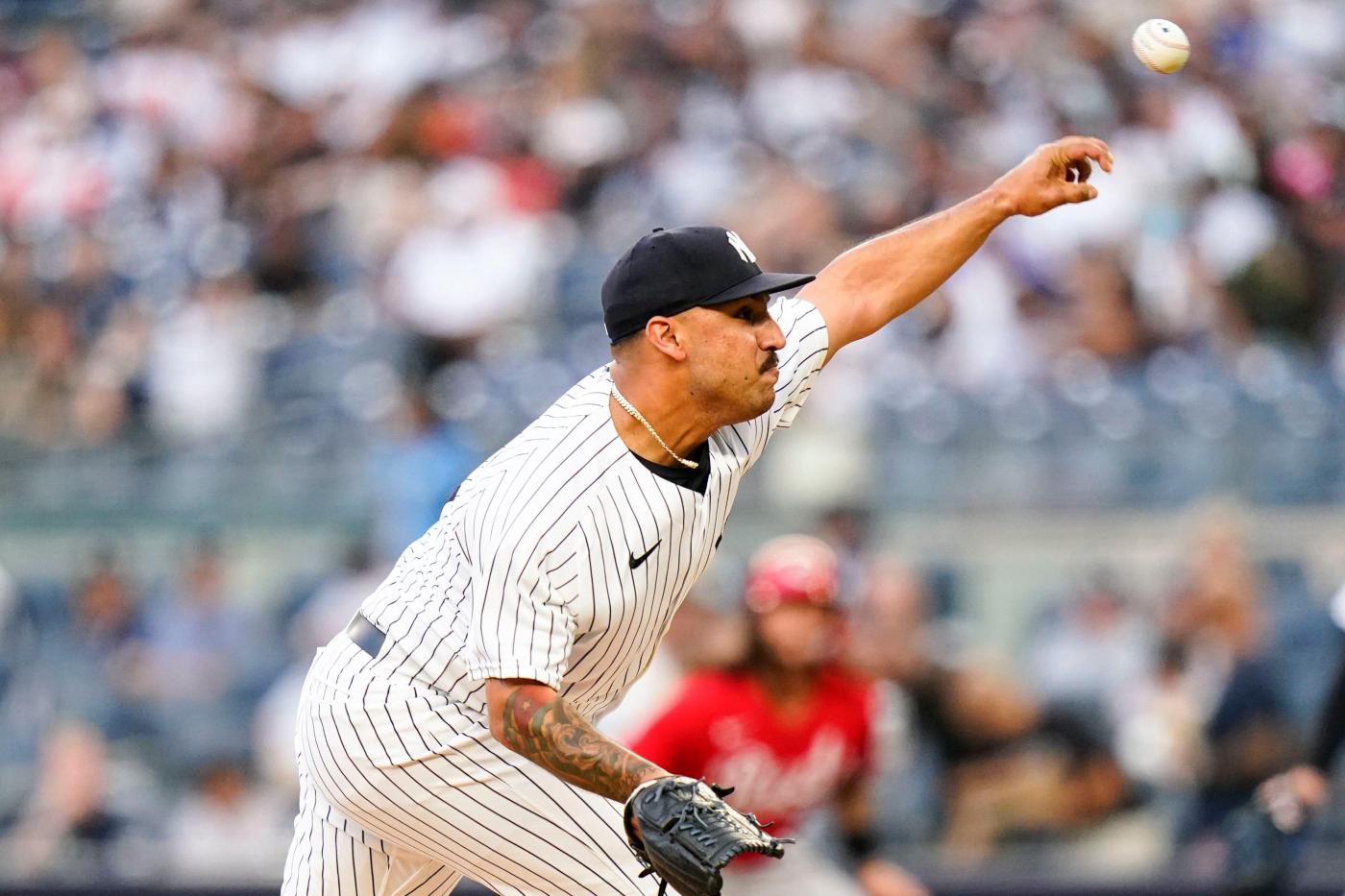 The Yankees took two losses Thursday. Hours before first pitch, the Bombers lost Luis Severino to the injured list. Then they went out and lost to the best pitcher who will be on the trade market over the next two weeks. Luis Castillo dominated the Bombers for seven innings and then the Reds beat up the Yankees bullpen for a 7-6, 10-inning win at the Stadium.

The Reds scored three off lefty Lucas Luetge in the top of the 10th inning and while Matt Carpenter delivered a two-run shot in the bottom of the inning, the The Yankees could not pull out the win.

It was the  Yankees’ fourth loss in the last five games. The Reds (34-55) won the three-game series, just the fourth series the Yankees (62-27) have lost this season. The Bombers still hold the best record in baseball, but they are ending the second half on a bit of a slide. They are 4-6 in their last 10 games.

“I wish we could have scored a little bit more runs early, especially tonight, but they got a good ball club over there and they battled,” Aaron Judge said. “Their record may show something different. but they got a lot of good ball players over there that battled in their at-bats put the ball in play and some good quality arms with high velocity. So it’s a tough one to swallow. You never want to lose a series but sometimes you have to tip your cap and be ready for the next one.”

Castillo, 29, held the Yankees to a run on two hits. He walked four and struck out eight. The right-hander took a no-hitter into the sixth. Anthony Rizzo broke up the no-hit bid with one out in the sixth. Castillo plunked Judge and Rizzo lined a double into right field. Stuart Fairchild bobbled the ball, but third base coach Luis Rojas wisely held Judge up at third. The Yankees slugger scored the tying run on Giancarlo Stanton’s ground out back to the pitcher.

“He’s one of the best pitchers in the league,” Judge said.  “He was working both edges, has a  good four-seamer and sinker. Has one of the best changeups in the game, too, but he just didn’t make too many mistakes for us to hit. When he’s got 100 (miles per hour on the fastball) and painting the corners, it’s gonna be a tough day.”

The Yankees tried to rally against the Reds bullpen for the second straight night. Judge hammered his 31st homer of the season, a 435-foot shot that hit the wall over the Yankees’ bullpen in right-center field. Gleyber Torres hit his first homer since June 19, a two-run shot to tie the game in the eighth. Both homers came off Jeff Hoffman.

That tied the game at 4-4 after Jonathan Loaisiga, in his first appearance since May 22, gave up three runs in the top of the eighth on a single to Joey Votto and a double from Kyle Farmer.

The Reds scored three off lefty Lucas Luetge in the top of the 10th inning and Matt Carpenter immediately got two back with his 11th home run of the season, but the Bombers couldn’t scratch across another run.

That overshadowed an encouraging night from Nestor Cortes, who matched Castillo with seven, one-run innings. The Yankees All-Star lefty struck out four and walked one.  After getting hit hard in Boston last weekend, Cortes said he made some adjustments and feels good heading into the second half.

Just going back to what I’d  been doing for the first 12 starts. Obviously those “outings were pretty good,” Cortes said. “So I watched some video, looked at some stuff and I am trying to be that guy again.”

Severino went on the IL with a “low grade,” strained lat muscle on his right side. He will miss at least one start on the other side of the All-Star break. The Yankees already knew they would have to limit Severino and Cortes’ innings in the second half. Cortes pitched a career-high 93 innings last season; he’s at 95 innings after Thursday night.

The bullpen took some heavy usage when Severino left after two innings Wednesday night and Luetge had to pitch three innings in Boston.

So Thursday night was a good reminder, two weeks before the trade deadline, of what the Yankees GM Brian Cashman always says: You can never have enough pitching.