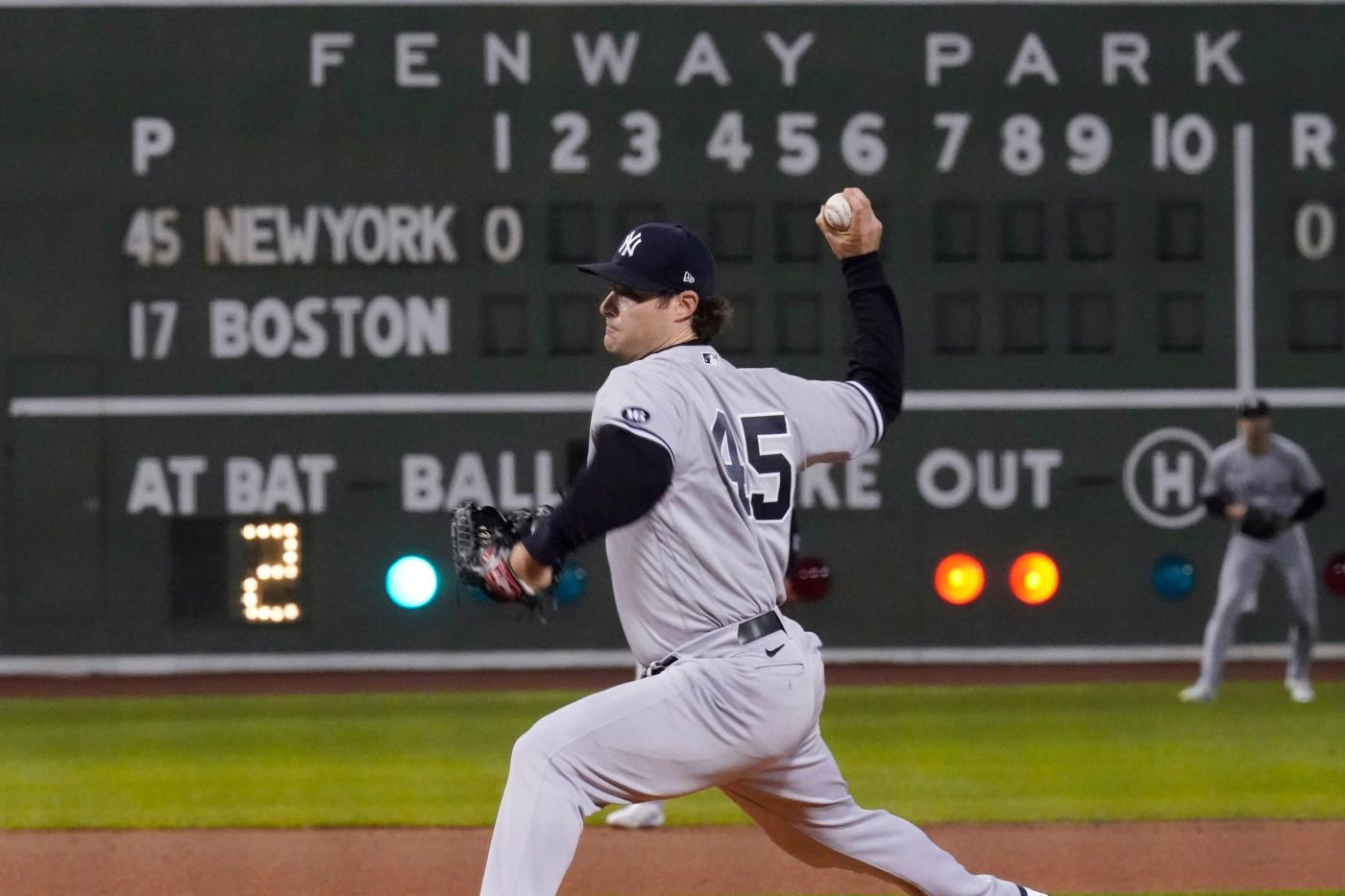 BOSTON — The Yankees are making their first trip to Fenway this season. And for Gerrit Cole, who is scheduled to start the first of the four-game series, it is a return to the scene of one of his biggest flops. The Yankees ace imploded against the Red Sox last October in the American League Wild Card Game, ending the Bombers season in the home of their biggest rivals.

“I mean it stays with you like all losses that end your season do,” Cole said. “Yeah, I mean it’s weird that we haven’t been back. We played them early, so I feel like it’s just another series there. I am gonna be here for a long time. So we play a lot of series in Boston. So looking forward to getting back there and going after the ball and starting off the series right. And putting that Wild Card behind us.”

The Yankees head into Fenway with the best record in baseball and a 14-game lead over the Red Sox and Rays in the American League East, so this weekend isn’t going to decide anything. It will, however, be a test for the Yankees. They last saw the Red Sox three months ago in the hectic opening weekend after a rushed spring training caused by the owners’ lockout. The Bombers took two out of three in that series.

“Obviously, they’ve turned things around after getting off to that first month or month plus where they were struggling a little bit,” Yankees manager Aaron Boone said. “They’re starting to play like who they are; a really good offensive team that does a lot of really good things. They’ll probably slowly start to get some guys back [from injuries], whether it’s [Nate] Eovaldi and [Chris] Sale and those guys can obviously be game-changers. They’re gonna get [Garrett] Whitlock back to their bullpen. So it’s not surprising they’re playing well and put themselves right back in the middle of the race.

“I think they’re just reverting to the back of their baseball card.”

But the Red Sox have never been kind to the Yankees ace, so it will also be a test for Cole.

The Red Sox left a mark on the Yankees’ $324 million ace last season. He allowed 15 earned runs over 24 innings pitched against the Red Sox for an ugly bruise of a 5.63 ERA. The lasting image of Cole’s 2021 season would be him leaving the mound at Fenway, head down as the Red Sox fans taunted him after giving up two home runs and leaving two runners on after recording just six outs in the wild card loss. Overall, Fenway has not been kind to Cole, who is 1-3 with 5.06 ERA there.

He allowed three runs on four hits against them and did not get a decision in the Opening Day walk-off win.

He said that he understands the Red Sox have improved since then and is ready for the challenge of taking them on in the unfriendly ballpark.

“We played a lot better than they did initially at the start and keep on doing our thing,” Cole said. “Obviously, they have a lot of talent over there and a lot of savvy regardless of their records as of late. You know it’s gonna be a dangerous club by the summer so it challenges me.  Besides them being really good — and the walls like being right there at shortstop — there’s an electric atmosphere and it’s fun to be there. They are always bringing energy every time.”