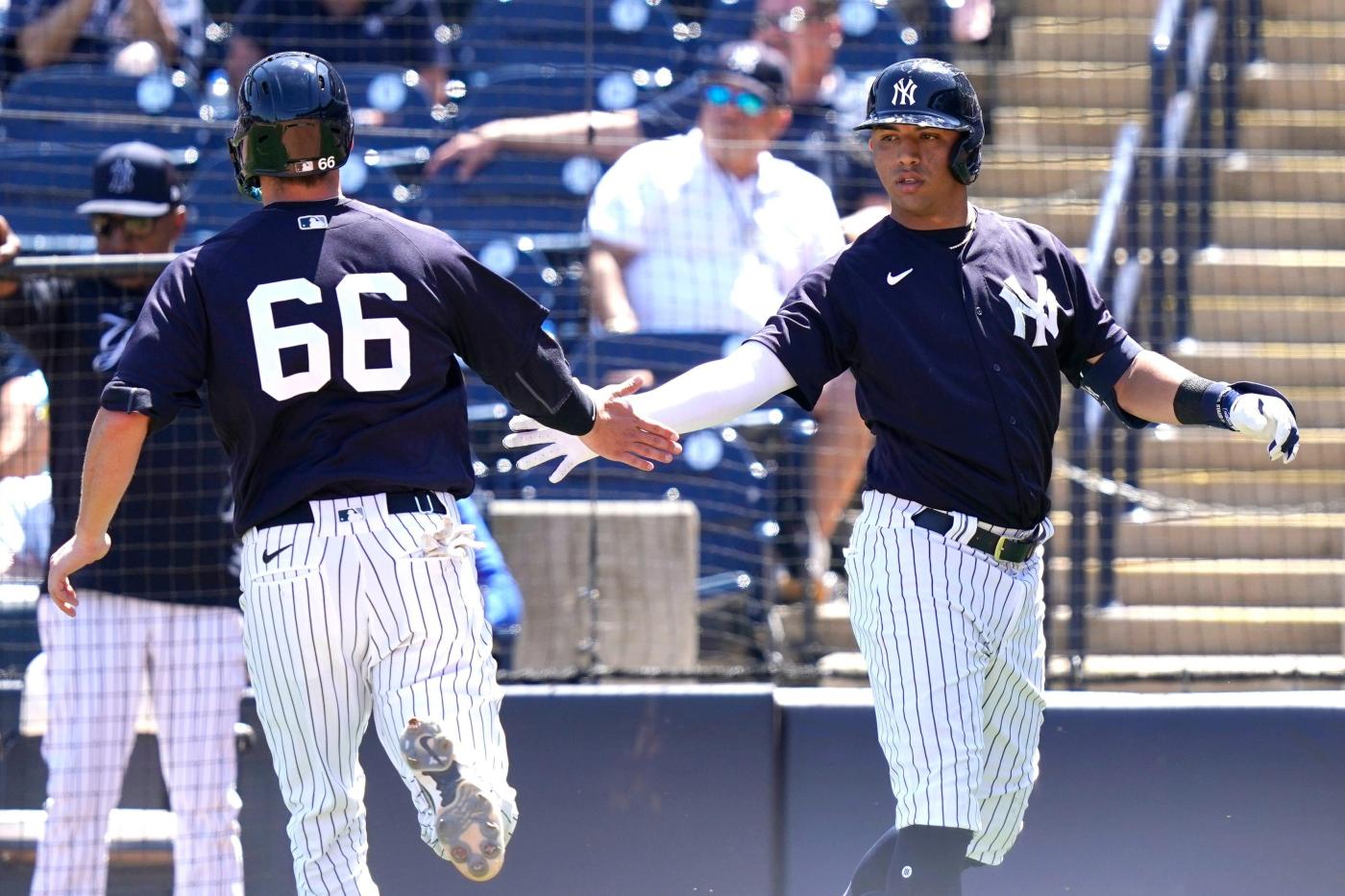 ST. PETERSBURG — Oswald Peraza tuned out the noise. The fans calling for him to get a shot in the big leagues and the speculation about who would get a spot when the roster expanded to 28 on Sept. 1, was something he didn’t even bother paying attention to. When his teammate Oswaldo Cabrera got the call before him, Peraza said he felt nothing but joy.

“For me, I’m so focused on my work, my development and my day-to-day responsibilities. You focus on that, on the training and everything that you’re working on,” Peraza said of not hearing the noise outside the field. “At the same time, to see fellow teammates make it to the big leagues, it’s also their dream, to make it to the big leagues. So that I  feel joy and happiness for them, because they’ve been working hard to get to this level. And I focus on my preparation and day-to-day.”

And that focus got the 22-year-old to the big leagues on Friday where he was not in the lineup against the Rays, but Aaron Boone said he would get plenty of chances.

“I mean it’ll be fluid, he’ll get some opportunities and then how much he plays, how well he’s doing those kinds of things. We’ll just kind of continue to weigh that as we move forward,” Boone said.

Peraza comes up at a time when the fan base is frustrated with starting shortstop Isiah Kiner-Falefa’s defensive miscues and lack of offensive production. Kiner-Falefa is hitting .261/.310/.315 with a .625 OPS and one home run.

This will cut into Kiner-Falefa’s playing time, but Boone said Friday before the series opener at Tropicana Field that the veteran remains his starting shortstop.

“He will be an upgrade on both sides,” an American League scout who saw Peraza earlier this season. “He’s smooth in the field, good hands, good arm. Good instincts. He has power. He’s not going to hit 30 homers, but he’ll give you more potential than Kiner-Falefa.”

The move came on the heels of a Kiner-Falefa error that cost the Yankees an embarrassing loss to the Angels Wednesday.

“I did talk to Izzy yeah, I’ve had a conversation about it with him,” Boone said. “Izzy’s such a big part of what we’re doing and I expect them to continue to be right in the middle of everything we’re doing. And the best thing about Isiah is he wants to win. He’ll do anything it takes to be prepared and he’s gonna continue to play.”

Boone said he would also possibly slide Peraza in at second base, where he started playing this season. That is another spot the Yankees are not getting much offensive production. Gleyber Torres is hitting .189/.222/.301 with four home runs in the last 35 games. Also they expect Josh Donaldson to go on paternity leave soon and Boone said that he could possibly use Kiner-Falefa at third, where he has played in the past with the Rangers.

“I think it’s just his all-around game. He’s got the ability to impact the ball. We view him as a long term shortstop. So the ability to truly play that position,” Boone said he liked about Peraza. “He’s a really good baserunner. He’s probably not a blazing fast guy, but right above average runner and really has really gotten good at  whether it’s going first and third, obviously stealing a lot of bases down there. So  his all-around game is what we view as his strength.”

Peraza was just trying to get himself settled Friday afternoon in the Yankees clubhouse.

“I mean, you’re short for words when you hear that you’re finally going into the big leagues. You might have an opportunity to play (shortstop)  for the Yankees,” Peraza said. “I am  short for words to explain how I felt in the moment,  thinking  about the path and every you know, all the different levels to get here playing the sport since I was a little kid so yeah, very exciting.”