Zach LaVine signs a 5-year, $215.2 million deal to stay with the Chicago Bulls — the largest in team history – The Mercury News 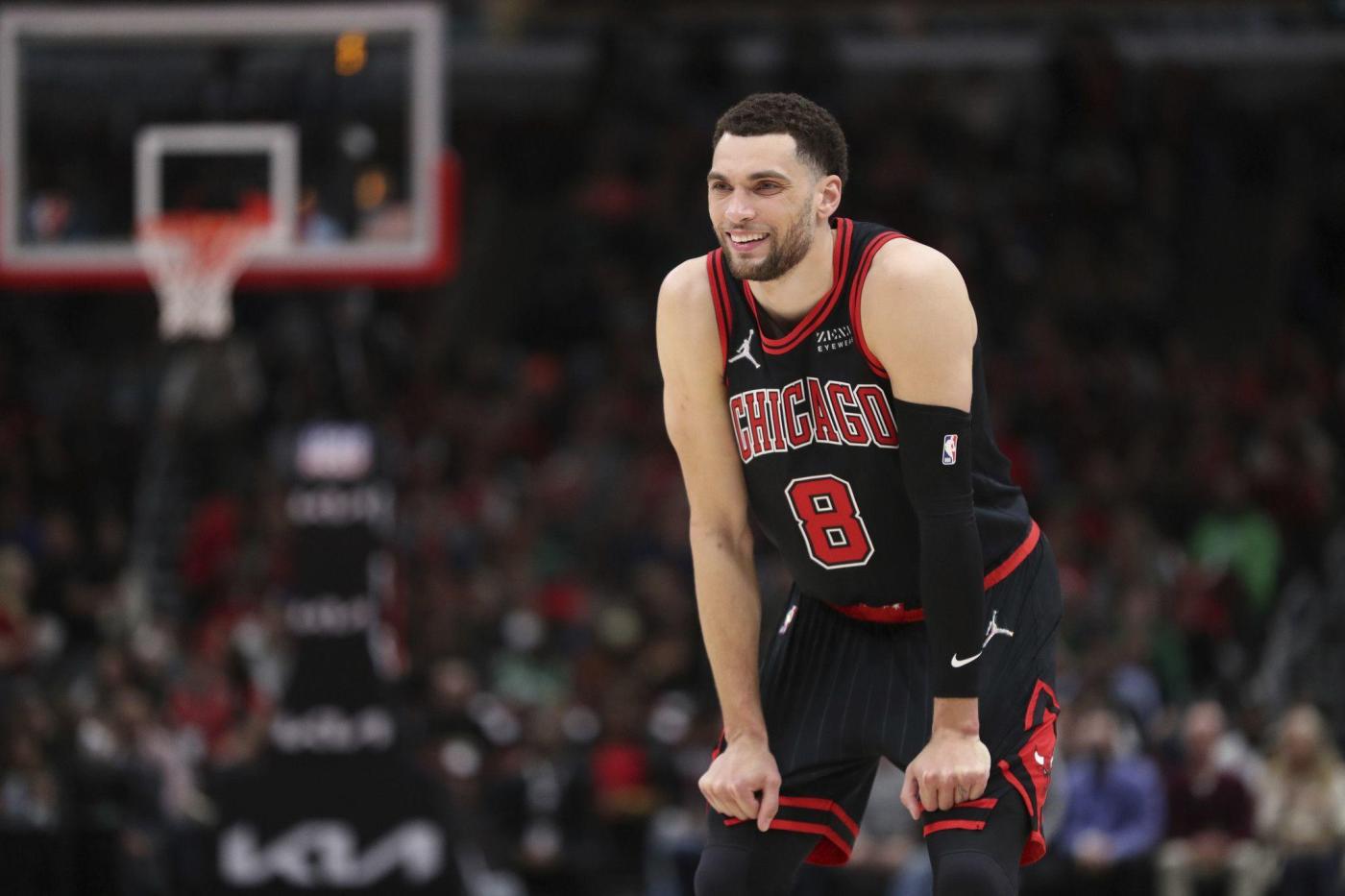 Zach LaVine will remain a Bull after inking a five-year, $215.2 million deal to return to Chicago after his first summer as an unrestricted free agent.

LaVine’s contract is the largest in Bulls history. Before this season, the team had never signed a player to more than $100 million at once.

Despite hearing offers throughout the league, LaVine wasn’t featured much in the NBA rumor mill as free agency opened Thursday evening. The guard emphasized his loyalty — sticking with losing programs in Minnesota and Chicago to lead long-term rebuilds — during his media exit interview in April.

LaVine has been the heartbeat of the Bulls roster since he was acquired in a 2017 trade with the Timberwolves. Averaging 24.4 points per game across five seasons in Chicago, LaVine provided the bulk of the highlights through four brutal seasons before the arrival of DeMar DeRozan. With a prodigious scoring partner and an improved supporting cast, LaVine helped lead the Bulls to their first postseason berth in five years — his first trip to the playoffs.

This offseason was marred by a familiar concern for LaVine — arthroscopic surgery for a left-knee injury, which sidelined and slowed the guard for most of the latter half of the season. LaVine previously tore the ACL in the same knee in 2016 and injuries have hounded him throughout his career.

LaVine’s health will remain a focus as the Bulls build toward the season. Executive vice president of basketball operations Artūras Karnišovas said the surgery and recovery have been a smooth process for LaVine and the team expects him to be fully available for the upcoming season.