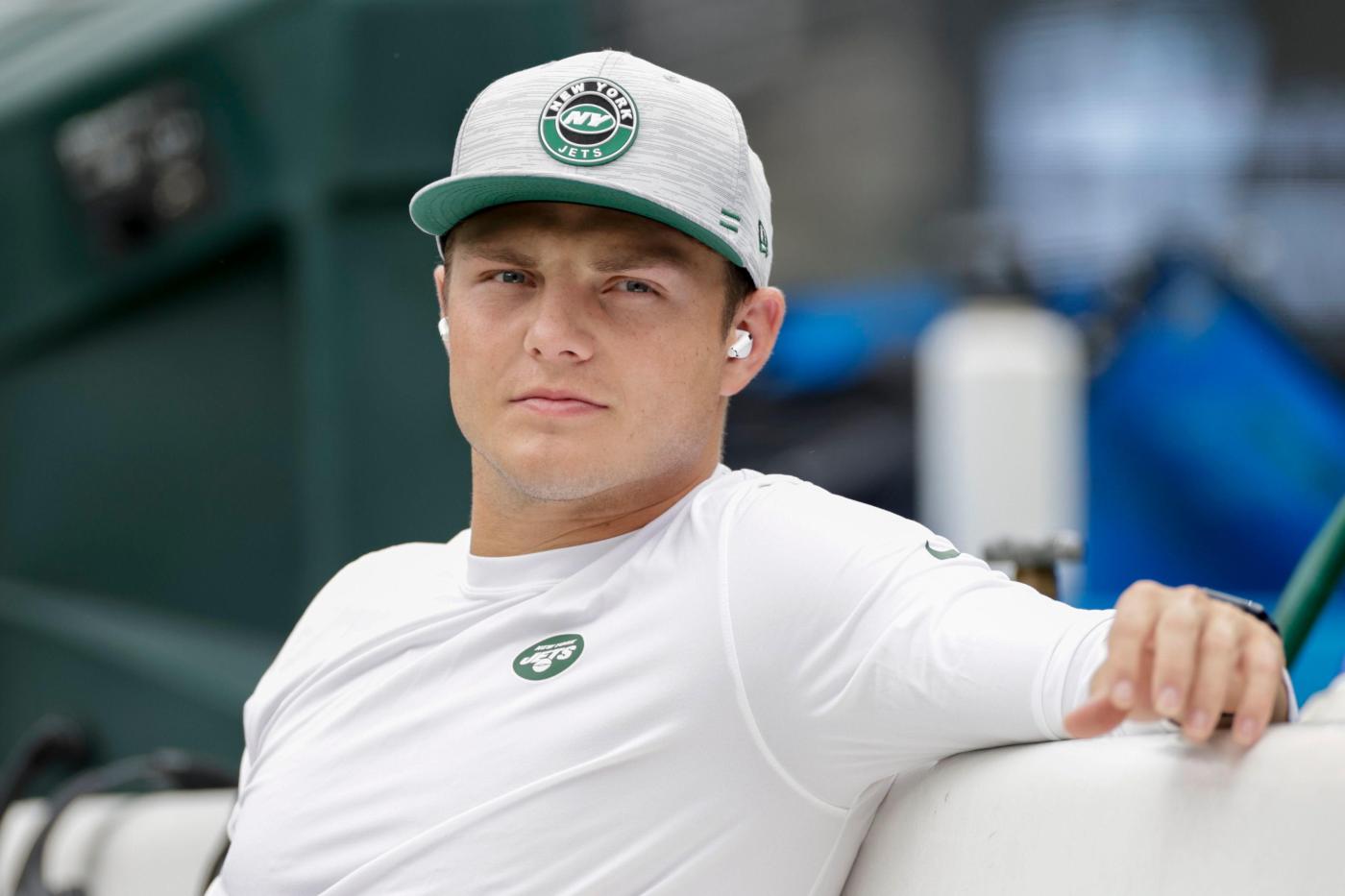 The Jets are rolling with veteran Joe Flacco to start the season. And for more than just the season opener against the Baltimore Ravens on Sunday.

Zach Wilson just wasn’t ready to get back on the field after preseason knee surgery and said the earliest the second-year quarterback will likely start is Week 4 against the Pittsburgh Steelers, head coach Robert Saleh revealed Wednesday morning.

Saleh said he wanted to make sure Wilson is 100% before putting him out there. He said it wasn’t worth the risk with his young QB.

“We just made the decision that he’s not quite ready,” Saleh said. “Just from everything we gathered over the last couple of days, we are going to make sure both mind and body are 110% and that we do right by him.”

He did say that Wilson has not suffered any setbacks and that ideally he would have a complete week of practice before starting.

When Wilson does return to the field, he will look to improve from an inconsistent rookie season. He passed for 2,334 yards, nine touchdowns and 11 interceptions in 13 games.

He also missed four games due to a sprained PCL in his right knee. Considering his rookie campaign struggles and the work he has put in during the offseason, Wilson said it upsetting that he will miss the first three weeks of the 2022 campaign.

“It’s frustrating of course, you want to be healthy as much as possible,” Wilson said. “When the injury happened I was pissed for myself. Preseason game. You gotta be able to stay healthy. It’s frustrating.

“In that moment, you really have no idea as you hope for the best and get in with the doctors as quick as you can. For what the injury was, I’m very optimistic to be able to get back and play football the way that I want to.”

Gamesmanship and football go hand-in-hand and that’s undoubtedly what Saleh did on Monday. He knew Wilson wasn’t going to play Sunday, but there was no benefit to announcing a starting quarterback at the beginning of the week before injury reports were released. The Ravens were likely preparing for both quarterbacks but probably knew there was a good chance Wilson would miss the season opener.

It makes sense the Jets would want to protect their long-term investment. Wilson is in his second year in the league and the team didn’t want to bring him back before he’s 100% ready.

The 2022 season is a critical year for both the Jets and Wilson under center. The team needs to see if he is indeed their quarterback of the future and it’s hard to do that when he isn’t completely healthy.

Now that Wilson won’t play until Oct. 2, this will give him time to heal his meniscus and bone bruise and give him much-needed practice time that he missed throughout training camp.

Saleh said Wilson would play against the Ravens if he could, but it was a decision by the Jets’ doctors.

“He’s a competitor,” Saleh said. “If you ask him, he would tell you he could play this week. At the same time, this is the long game.

“This is a young man, we don’t want anything else happening to that knee.”