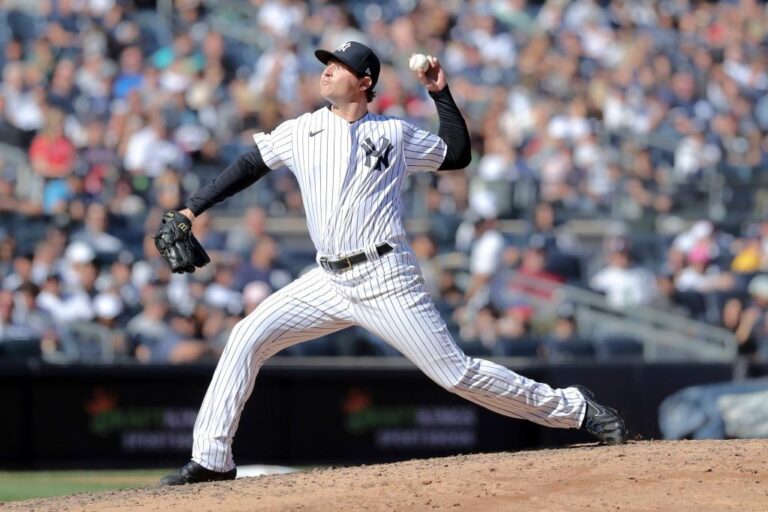 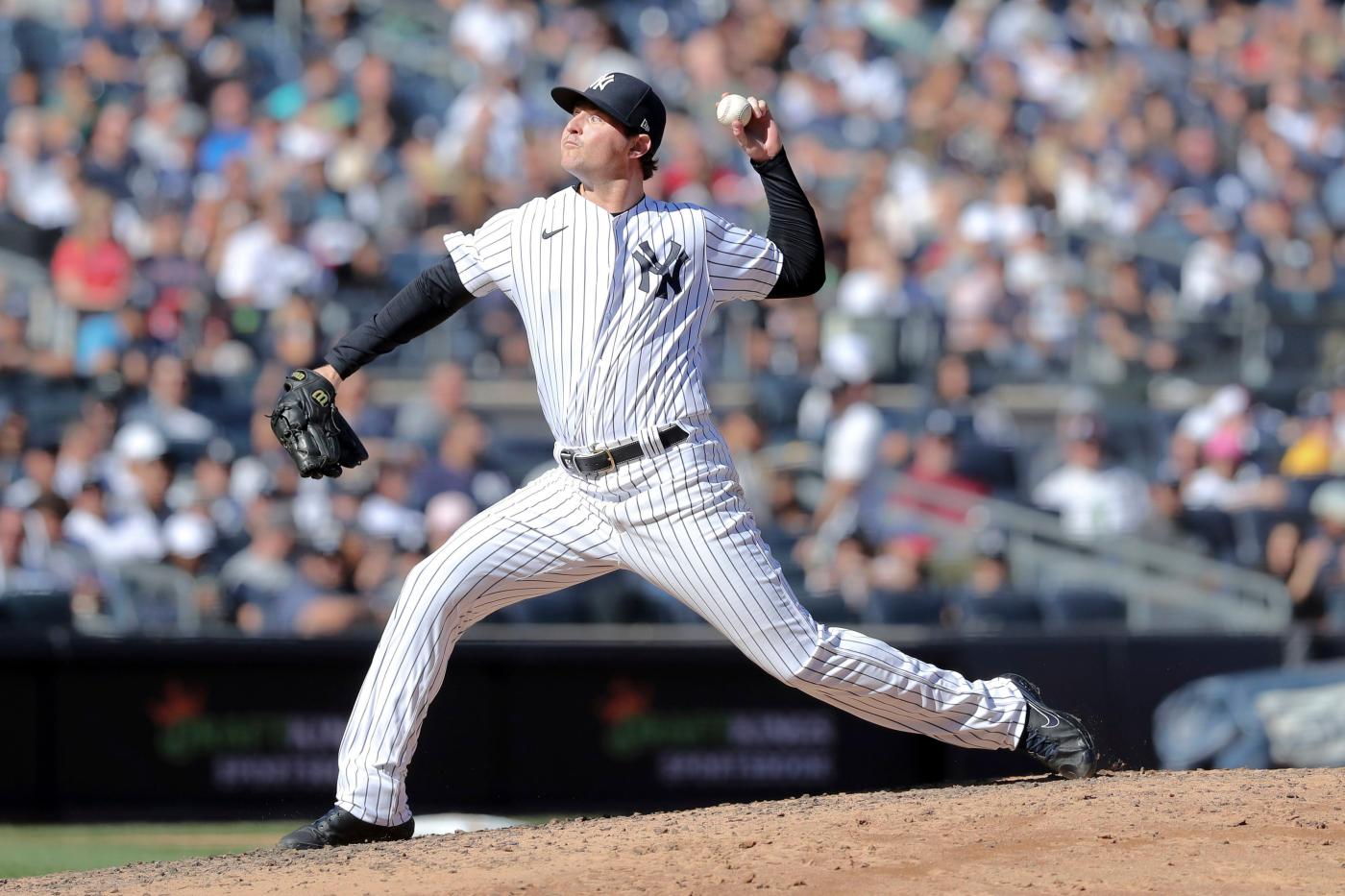 Zack Britton had a lot to get used to Saturday. It’s been 13 months since he had been on a big-league mound. The lefty had never used the PitchCom system before and he is still trying to find his finite command with his sinker.

“Very anxious, you know, warming up and stuff. Good to get that one out of the way,” said Britton, who had Tommy John surgery last year. “I felt fine afterwards. So now it’s about obviously putting together good outings and improving the command. The stuff was actually OK.

“Yeah, it’s about getting back to being who I want to be, throwing late in games and contributing, having good innings.”

Saturday was a little shaky for Britton, pitching in the sixth inning of the Yankees’ 7-5 win over the Red Sox at Yankees Stadium.

Britton walked Rafael Devers, gave up a single to Xander Bogaerts and struck out Alex Verdugo. He then walked Kike Hernandez and Triston Casas to bring in a run.

“That’s a hold situation. That’s a tight game. And you know, the heart of their lineup. That’s the situation I want to be in,” Britton said. “So, yeah, that was a really good test. Obviously, I want to be a lot better going forward. That’s the plan.”

Britton has a little over a week (11 games) now to get himself back into that shape and earn a spot on the postseason roster. It’s not as daunting a task as it seems with the Yankees bullpen needing someone to step up and take those late-game innings.

Former closer Aroldis Chapman has struggled and the Yankees have been reluctant to let him pitch to the heart of the lineup. Clay Holmes, who stepped in to be an All-Star closer in the first half, has lost that job. Wandy Peralta is on the injured list with a back issue. Scott Effross just got off the injured list.

Britton, whose sinker velocity ticked up to 94.7 mph Saturday, has extensive closing experience. The 34-year-old has 154 career saves and had a 1.89 ERA in 2020, his last full season. He is in the final year of a four-year, $53 million contract with the Yankees.

Right now, the Yankees are closing by committee.

“That is what it is. We’ve got Effross back today. Obviously, we got Britt back today. Those are two guys that have a chance to impact us,” Yankees manager Aaron Boone said. “I think especially because Scott’s had the season under his belt … so I’m excited to get him back. Real optimism about what Wandy’s is going to be in a week.

“We got no other choice. And this is an opportunity and the reality is we have really good arms and options down there and it’s an opportunity for somebody to grab a more significant role moving forward and we got to deal with that.”

Lou Trevino came in to strand Britton’s runners and get the Yankees out of the sixth with having allowed just that one run and preserving the 5-4 lead.

Harrison Bader continued to make an impact his first week in pinstripes. Saturday, he made a diving grab of Abraham Almonte’s shallow fly ball with one out and two runners on in the eighth inning to preserve the Yankees’ two-run lead.

“Baseball just inherently is a game where there are a lot of factors that you can’t control, but on defense, I think with regards to your positioning, understanding what the pitcher’s trying to do with the hitter, game situations, positioning, jumps off the bat, how much you practice it before the game all these things in my opinion are controllable factors,” Bader said. “So, I’m just ready to pull them out whenever I need to. And it showed up for us in the eighth … Clarke [Schmidt] did a really good job with that on his own. So when it’s put it in play, we want to make good plays behind it.”

The Yankees acquired Bader at the trade deadline from the Cardinals for left-handed starter Jordan Montgomery. The New York native was on the injured list at the time with plantar fasciitis and did not make his Yankee debut until Tuesday. He has reached base safely in all five games he has played, going 4-for-14 with a double, six RBI and a stolen base.