Zopa ups easy access savings rate to 1.85%: Why the app-based bank is popular

Zopa Bank has once again boosted its savings rates, rewarding both new and existing customers in the process.

Its easy-access Smart Saver account now pays 1.85 per cent, making it the third most generous deal on the market according to our savings rate league tables.

Savers can also boost their rate all the way up to 2.25 per cent by locking money away for longer via a selection of linked notice accounts. 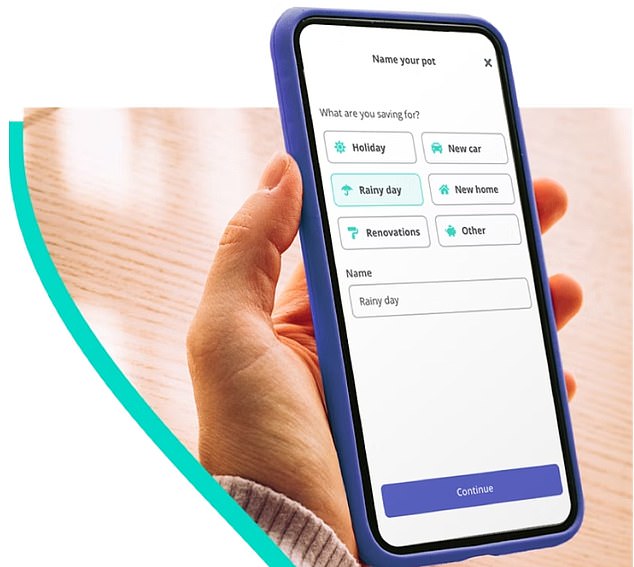 Savings boost: Zopa’s basic interest rate is 1.85%, but savers can up their rate all the way up to 2.25 per cent by locking their money away for longer via a selection of linked notice accounts

Notice accounts enable savers to withdraw their funds following a notice period, typically ranging between 30 and 120 days, offering them a better return than they might otherwise achieve with an easy-access account.

With Zopa, instead of opening a separate notice account, savers can have multiple ‘pots’ of money at different interest rates and with different access requirements, all in one place.

For those prepared to move their savings to a pot where they will need to give 95 days notice to access, it is possible to earn 2.25 per cent via Zopa.

All Zopa’s accounts are covered by the FSCS deposit guarantee scheme, meaning cash is protected up to £85,000 per person.

Why is Zopa so popular?

Unlike many savings providers, Zopa passes on its rate rises to those who currently hold accounts with it rather than only offering them to new customers.

It means those that signed up to Zopa’s easy-access deal in July, when it was paying 1.5 per cent, will now automatically move onto the 1.85 per cent rate.

Many other easy-access savings providers prefer to raise rates via a new issue number, leaving existing customers on the previous issue paying a lower rate.

Whilst this may work against savers if rates were to fall, Zopa’s ‘all for one and one for all’ approach to rates is clearly popular with its customers.

Its decision to treat both new and existing customers equally, alongside its competitive rates, is perhaps one of the reasons why Zopa is one of the fastest-growing challenger banks in the UK.

Having only gained its full banking licence in 2020, it has already hoovered up £2billion of savers cash.

Zopa’s Smart Saver attracted £850million in its first 7 months, whilst its fixed term savings accounts have attracted £1.15 billion in 24 months. 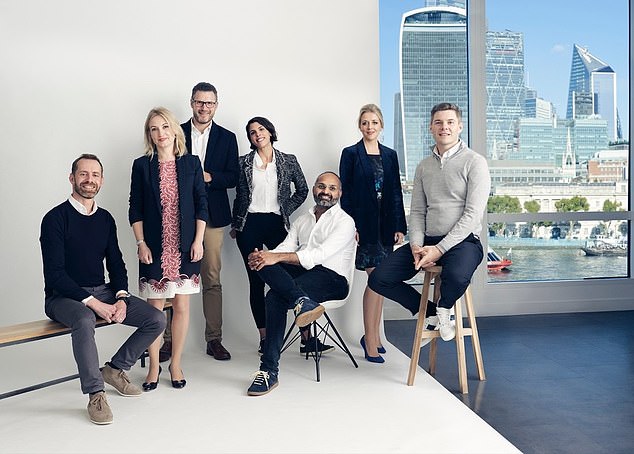 However, the way it rewards savers is not the only thing to like about Zopa.

Zopa also offers one of the best app-based banking experiences. This is Money recently put seven savings apps to the test and Zopa came out on top.

How does the Zopa app work?

The sign-up process only takes a few minutes and from then on, logging into the app requires either a fingerprint scan or a six-digit passcode.

It takes up to two hours to transfer money in and out of Zopa, but most transfers take around 20 minutes.

An annual income statement is available in the app for those needing to check the total interest they’ve earned for tax purposes. 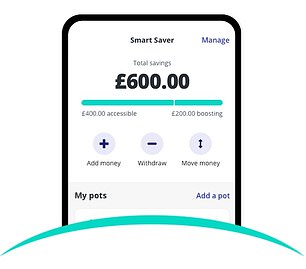 Popular: Zopa has 7,401 reviews on the Apple app store with an average rating of 4.9

It’s worth mentioning that for those with an iPhone, they will need to run iOS 11 or later for the app to work.

Zopa says its ambition is to make the billions in ‘zombie money’ sitting idle in UK current accounts work harder.

James Blower, head of savings at Zopa says: ‘Amid the cost-of-living crisis and rising inflation, low savings rates offered by legacy banks are worsening the pain for consumers and it’s important they shop around for alternatives.

‘Particularly saving options that can offer the best combination of interest rate, service, accessibility, and tools to manage their money.

‘Zopa’s Smart Saver is a great option for savers seeking better interest yields, currently offering one of the best interest rates in the market.

‘These pots also allow customers to keep a portion of their savings out of reach so they’re less tempted to dip into funds unnecessarily.

‘Alongside this, Zopa is a safe choice for consumers. Its users rate its service as excellent on TrustPilot, it has won several awards at the Savings Champion Awards, and it is fully regulated by the Financial Conducted Authority and Prudential Regulation Authority, so savings are protected by the Financial Services Compensation Scheme.’

What other app-based savings providers stand out?

Atom is a mobile only bank, with its HQ based in the North East of England with a team of over 400 people.

Any savings held with Atom are protected up to £85,000 per person by the Financial Services Compensation Scheme.

Best deal: Its two-year fixed rate deal paying 3.4 per cent is currently only 0.15 percentage points below the market leader. 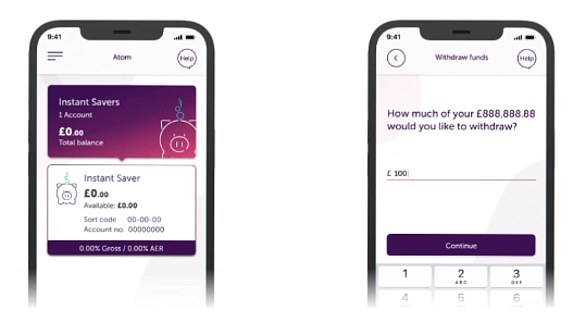 Tandem launched in 2014 as one of the UK’s original digital challenger banks providing customers with products across its range or savings, green home improvement loans and mortgages.

It acquired Harrods Bank in 2018 and Allium Lending Group in 2020 – a business focused on the home improvement lending sector.

Tandem has offices in London, Blackpool, Cardiff, Durham and Manchester and employs over 500 people.

Savings held with Tandem are protected up to £85,000 per person by the Financial Services Compensation Scheme, the UK’s deposit guarantee scheme.

Best deal: Its one-year fix paying 3.26 per cent is only 0.14 percentage points off the market leading rate. 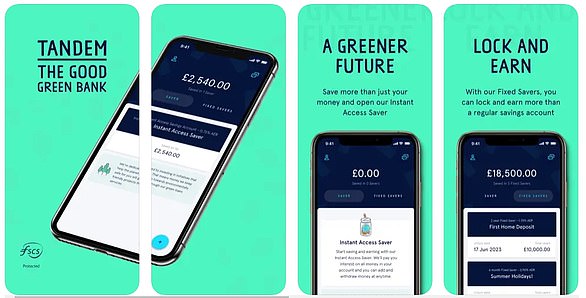 Al Rayan Bank is the oldest and largest Islamic bank in the UK, founded in 2004.

Savings held by individuals with the bank are protected up to £85,000 per individual by the FSCS.

The bank currently serves more than 90,000 customers throughout the country and is the only Islamic bank in the UK to receive a public credit rating.

Instead of paying an interest to savers, Al Rayan Bank – as an Islamic bank – invests customers’ deposits in ethical, Sharia compliant activities to generate a profit.

Such profit rates deliver a Sharia-compliant expected return rather than interest, as with standard accounts.

Since the Bank was founded in 2004 it has always paid at least the profit rate it has quoted to its customers. 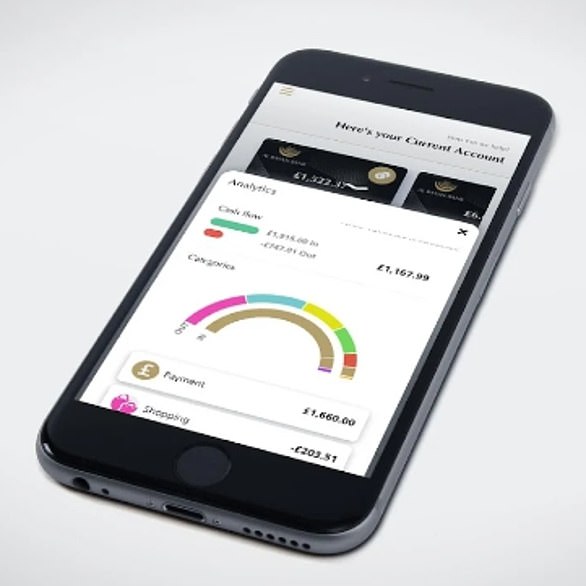 Best for instant access: Al Rayan Bank is paying 2.1 per cent on its easy-access savings deal – more than any other provider.

This could be the best savings app for the more eco-conscious saver.

Gatehouse Bank is offering a range of fixed rate deals designed to help grow woodlands across the UK.

For every account opened or renewed, the bank promises to plant one tree.

Like Al Rayan Bank, its savings accounts operated under Shariah principles. This means that interest cannot be earned, but we generate profit instead.

Best deal: Gatehouse Bank’s easy-access deal pays 2 per cent, which is the second best rate on the market. 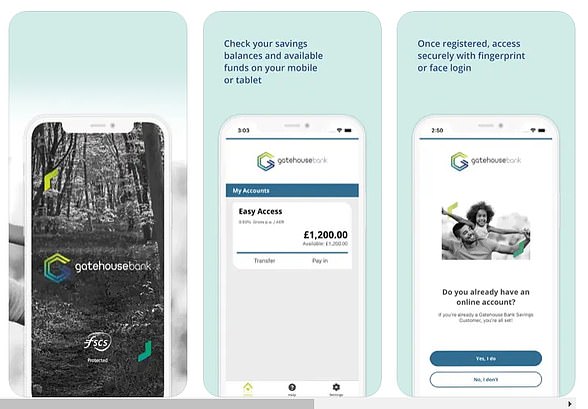 Eco-conscious: Gatehouse Bank is offering a range of fixed rate deals designed to help grow woodlands across the UK.